What is your wealth thermostat set for? – The inner game of wealth

Have you ever heard someone say that a lack of money was their problem? 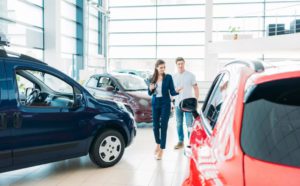 "I can't buy a new car because I don't have the money." Or

"I can't buy a house because I don't have the money."

But in my mind… lack of money is never really the problem.

The lack of money is merely a reflection of what’s going on underneath.

So, if lack of money is the effect, what is the cause?

We live in a world of cause and effect

To solve any of these issues, you have to start looking at their cause.

Here's an example so you can understand what I’m getting at...

Say you've written a letter on your computer, you print it out, look at the hard-copy and find a typo.

You take the white out or your magic eraser and you erase it on the paper, hit print again, same thing - a typo.

How could this be? You just erased it, didn’t you?

So you do it again and again but just keep getting the same result.

What's happening here is that you can't change the printout in the physical world, you have to go back and change the program in order to get a different result.

Does that make sense?

What does all this have to do with money and success?

The thing is you have what I call your Wealth Operation System®, which is a specific program on how you feel about success and money which is embedded in your subconscious mind.

And like the computer example I just shared with you, unless you go and change the program, unless you upgrade your operating system, you'll never change the end result.

Your Wealth Operation System® is what connects your inner self (your thoughts and feelings) with the outer world (your actions and results.)

You’ve heard me say it before… 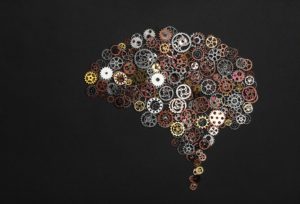 So what is your Wealth Operation System® set for and where did it come from?

The answer is quite simple really.

Your internal programming was primarily established on the information you received in the past, especially as a young child.

Things that would have influenced you would have most likely been your parents, siblings, teachers, religious leaders, the media and your culture.

that they need to work on consciously.

As I said, if you’re like most Australians, the way you feel and think about money was established by things you heard, things you saw and things you experienced as a child from your mentors, who are basically your parents and grandparents.

But most of us didn’t have wealthy parents, did we?

So here’s a crazy thought…

Your Wealth Operation System® and the way you feel and think about money is the same as your grandparents... only with the mod-cons of the current times. 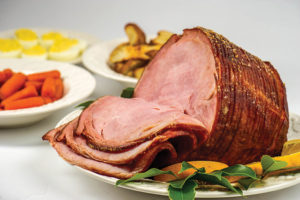 This reminds me of a story I heard from Jay Abrahams, one of my early mentors...

“A woman prepares a ham for dinner by cutting off both ends. Her bewildered husband asks why she cut off the ends. She replies, "That's how my mum cooked it."

Well it just so happens that her mum was coming for dinner that night. So they asked her why she cut off the ends of her ham. Mum replies, "That's how my mum cooked it."

Intrigued, they decided to call grandma on the phone and asked why she cut the ends off of ham. Her answer, "Because that’s what I had to do so it would fit into the small size pan and oven that I had."

What this means for you…

Right now, it is very likely the way you think about money wealth and rich people is due to the programming of generations that have gone before you.

This would have come to you in a combination of 3 ways:

But are these beliefs, values and habits that you absorbed passively over time serving you well today?

And if you’re like most Australians the simple answer is no, they’re not.

The good news is, that the first step in the process of upgrading your subconscious programming is to become aware of the problem. 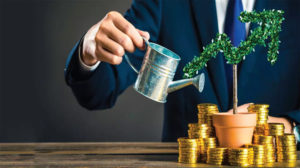 And that’s the process I wanted to start today by explaining what’s happening at the subconscious level for you.

It’s very likely that you’re living your life with one foot on the accelerator and one on the brake.

This is not easy and while I discuss it in detail in my international best-selling book Rich Habits, Poor Habits; reprogramming your Wealth Operation System® takes time.

It’s an online program that I would love you to be part of to take your life and investing to the next level. Why not read more about it by clicking here.

When you join my Mentorship Program you will learn the Science of Becoming Wealthy.

It’s a program I put together for investors who want to know what’s behind growing a multi-million dollar property portfolio or a successful business, from somebody who has done it and educated more successful Australian property investors than anyone else.

Remember the cause-and-effect equation I discussed a few minutes ago.

Your outside world won’t change until you upgrade your Wealth Operation System® and your inner world.

Learn how to do this through my Mentorship Program – click here and get all the details.

I look forward to being part of your wealth creation journey.

'What is your wealth thermostat set for? – The inner game of wealth' have no comments