Since the federal election there appears to have been some strength returning to the housing market.

A number of factors have contributed to this apparent improvement in housing confidence, including:

1. An unexpected election win to the Coalition 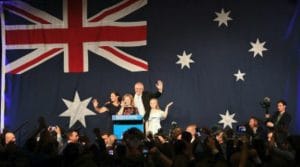 Typically a change of government wouldn’t have too much of an impact on housing sentiment however, the Labor opposition took to

the election some policies which would have influenced the market, particularly the investor segment.

Specifically these were reforms to negative gearing which would have seen this taxation policy reserved for new dwellings only (with grandfathering provisions for current investment property owners) as well as a halving of capital gains discounts.

Since the election, the Reserve Bank has now cut official interest rates in both June and July by 25 basis points.

While lower interest rates signal a requirement for economic stimulus, for mortgage holders lower rates mean cheaper mortgages if they refinance, a potential to reduce repayment amounts or paying off more of the principal component if they choose to make no changes to their mortgage. 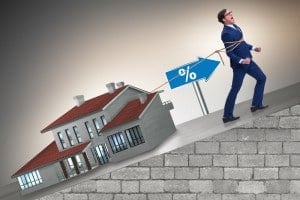 Since the inception of macroprudential tools in December 2014, APRA has required lenders to assess the ability of borrowers to repay their mortgage at either an interest rate of above 7% (typically 7.25%) or a buffer of 2% over the loans interest rate, whichever is the larger.

With mortgage rates the lowest they have been since the 1960s the buffer has become restrictive and APRA is now proposing to remove the 7% benchmark and change the requirement to an interest rate buffer of 2.5% above the loans interest rate.

The federal election was held on the 18 May and the result was known that evening.

APRA published their proposal to amend their guidance on mortgage lending on 21 May and was given the go-ahead by APRA on 5 July and the first of the two cuts to the cash rates occurred on 4 June.

The week following the election, auction clearance rates was slightly lower in Melbourne while in Sydney it increased from 56.5% to 62.1%.

Over the weeks following the election, auction clearance rates in Melbourne have averaged 64.4% compared to an average throughout 2019 prior of 53.6%.

In Sydney, auction clearance rates have averaged 62.5% since the election compared to 53.6% prior.

Importantly, the CoreLogic Home Value Index has been showing moderating declines each month throughout 2019 and although values are still falling nationally, Sydney and Melbourne recorded their first increases since 2017 in June.

Although all of these factors are seemingly positive for the housing market it is important to note that APRA has only just announced that they are actually amending their guidance on mortgage lending.

Furthermore, from July 1 there were some further changes that will impact on the mortgage lending space, the details of which are below:

1. The expansion of positive credit reporting

This change will provide lenders with more information on lenders credit history. 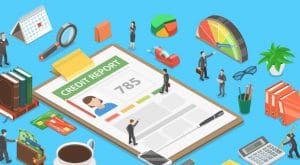 Specifically, credit account histories including: type of account, date the account was open, current credit limit and account closed date as well as two years of repayment history of accounts including information on late or defaulted  payments.

Given this lenders will have a lot more information about borrower’s credit histories and will seemingly have fewer excuses for providing loans to those that aren’t credit worthy.

By the end of September, lenders will be required to share 100% of specified credit data, providing a more complete profile of borrower debt levels and credit

2. The adoption of the new Banking Code of Conduct

While this is not a legally enforceable document, it does set out the standards of practice and service for the banking sector. 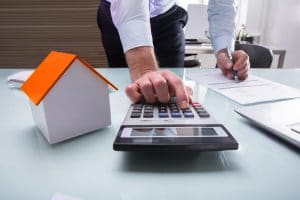 It has been significantly amended and according to the Code in some areas, it sets higher standards than the law.

You can see the code here:

So on one hand you can see the borrowing is going to become somewhat easier as APRA makes the changes it is proposing and mortgage rates have reduced on the back of the two interest rate cuts
we’ve had.

On the other hand, the expansion of comprehensive credit reporting gives lenders much more insight into the creditworthiness of borrowers and the new banking Code of Conduct appears to be requiring much higher standards from the banks, as well as executive accountability for conduct as prescribed under the Banking Executive Accountability Regime (BEAR).

Furthermore, banks continue to have a very close focus on living expenses assessment when deciding whether a borrower is credit worthy.

Given all of this, we believe that mortgage credit is going to become a little more accessible however, there will remain a level of conservatism and caution from lenders.

Especially given the Royal Commission that has recently occurred and the fact that they have much more data available to them in order to make decisions about the credit worthiness of borrowers.

'What APRA (potentially) giveth does comprehensive credit reporting take-away?' have no comments