Unit oversupply still a high-risk concern in some locations

While, overall, there has been a major reduction in the number of units in the pipeline, there are still areas where the stock is well exceeding population growth, and which continue to have high risk.

The apartment oversupply was largely contained to rental properties where there was a high concentration of new small units.

In addition to the oversupply issue that they have had in recent years, now sales volume of new units in some areas is also low. 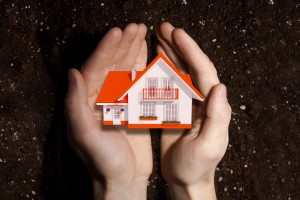 And added to that investors are now more aware of the risks associated with units in high rises and there’s more media coverage on that.

This means that some investors, who are the target audience of these properties, often prefer to invest in houses.

That reduction in the demand from local investors, combined with restrictions on foreign investors and difficulties to borrow against self-managed-super-funds (SMSF) creates a new problem of poor demand that we haven’t seen in the past.

Rental properties are closer to the CBD, their size is way smaller but their price per square metre is way higher (i.e. if they were at the size of larger properties, they would be more expensive). 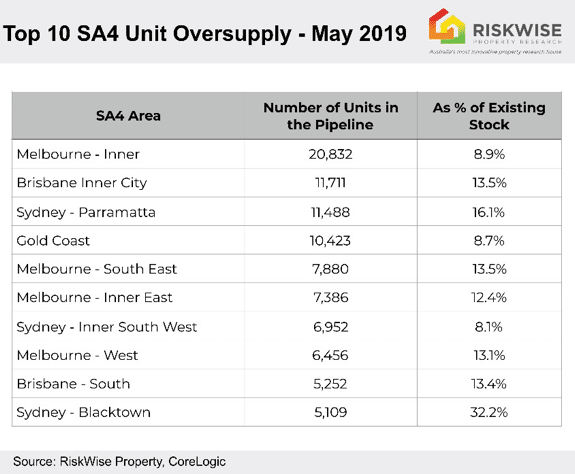 The good news was the impact of apartment oversupply on the overall recovery of the property market was relatively small with those areas with high oversupply more impacted than others.

While there’s an issue across most states, the areas that experience the greatest oversupply are mainly in Sydney, Melbourne and Brisbane.

Overall, there has been a major reduction in the number of units in the pipeline in the next 24 months, however, there are still areas where the current stock is well exceeding the population growth.

This means it will take some time (12-24 months) for the market to absorb the stock in those areas even under the assumption there are no major additions of new developments.

Also, construction lenders have become more conservative, which means that many developers can’t get finance for units which will also help reduce the new stock. 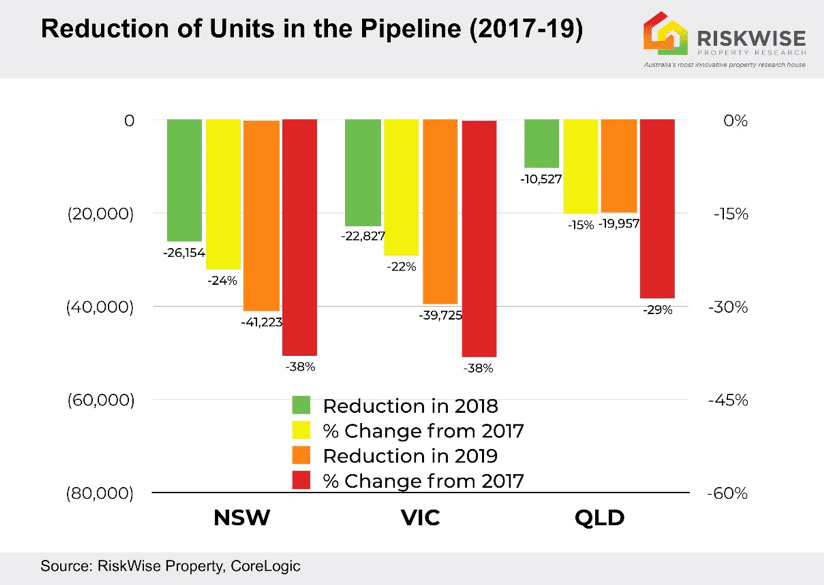 And also remembering that family suitable units in the middle rings, are more attractive to owner-occupiers looking for larger floor space, lower price per square metre and smaller unit blocks.

These are, effectively an alternative dwelling to houses, which are, in many areas, unaffordable.

The overall market of existing properties was projected to reach the bottom by the end of the year.

But with new units in high supply areas, it will take time for the market to absorb them as there is strong competition among developers to shift these high levels of stock, therefore, there is an increased risk of price reduction there.