As a country we are not living within our means.

This means we face higher taxes or weaker government services unless we do something different.

The government’s recent budget outlook (MYEFO) confirmed that the Australian government budget is rotten at the core.

The government is hopelessly living beyond its means, with expenditure greater than revenue and debt ballooning throughout the next decade and probably beyond.

The government’s debt is our debt

A technical point: this would not be true if we were a closed economy without recourse to foreign borrowing – in that case the government would be borrowing from us.

But Australia is very much an open economy with easy access to foreign credit – and we’ve been using it.

This means we face higher taxes and weaker government services (health, education and so on) in the future unless we start living within our means.

Feasible spending cuts will not be enough

We must find more tax revenue in a way that is fair and does minimal damage to incentives to work, save and invest.

The Organisation for Economic Cooperation and Development (OECD) has just released its Economic Survey of Australia which points out what just about everybody except for Australian politicians knows: we must increase the GST.

Australia’s GST rate is one of the lowest in the world. New Zealand has 15%, the UK has up to 20% for example. 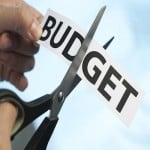 Here are some ballpark numbers from the recent MYEFO. The GST revenue in 2015 is expected to be A$54 billion.

Roughly the same amount of revenue could be achieved by increasing the GST rate by just 2% to 12% and removing most of the GST exemptions on health, education and financial services which together cost, in lost revenue, A$11 billion in 2015.

A higher GST is not necessarily unfair, especially if it’s combined with higher taxes on the wealthy (which I’ll get to below).

A tax that seems to hit low income people is not so tough when you take a lifetime perspective or consider people living in households.

Yes they pay more tax now, but they benefit when they are older as the GST takes a lower proportion of a higher income.

The GST does less damage to incentives to work, save and invest than most other taxes, such as income tax which discourages work and saving, and stamp duties which discourage people from moving to places where there are better job opportunities, and payroll tax which is a direct tax on employment.

Consumption will be a more stable tax base than labour income in the coming decades.

An increase in the GST would have to be accompanied by higher taxes on wealth, for the sake of fairness and hence political success.

One option is an inheritance tax which a number of countries have in one form or another including the US, the UK and a number of European countries.

One problem is that a pure inheritance tax may not generate much revenue based on current asset holdings of older Australians.

Total net wealth of Australian households aged over 75 in 2012 was a little over half a billion dollars, according to the Australian Bureau of Statistics.

This is a very small base from which to collect revenue. However our existing capital gains tax is a kind of defacto inheritance tax, and it could be changed.

Currently, capital gains tax concessions on the family home and other assets cost, in lost revenue, in excess of A$20 billion, according to the latest MYEFO.

So, combining an inheritance tax with a tightening of capital gains tax concessions could wipe out a significant proportion of the current A$40 billion budget deficit.
Inheritance taxes could deliver more revenue in the future when the current baby boomers die, as they have seen their asset values – housing and superannuation – rocket over the past couple of decades.

And many of these baby boomers are probably also receiving large inheritances from their elderly parents.

Such windfall increases in wealth tend to discourage labour force participation – exactly the opposite to what we need given our ageing population.

Importantly, an inheritance tax does relatively little damage to incentives to work and save

This is because we don’t know exactly when we are going to die or what our medical expenses will be in old age. 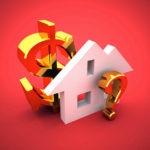 This uncertainty leads many people to “over-save” in the sense that they die with wealth that they thought they might need for further old age expenses.

This part of a deceased person’s bequest is unplanned and therefore taxing it after death cannot distort incentives to work or save during one’s lifetime.

Of course an inheritance tax must be accompanied by a gift tax to prevent offloading of wealth on one’s death bed.

There could be exemptions for the first million dollars of the family home for example, and then the remainder taxed at either a fixed rate or a rising rate according to the value of the estate.

All of this would seem to fit well with the ethos of Labor and the Greens.

So a package of higher GST and higher taxes on wealth might actually get through the Senate.