This is where the “smart” Australians live

How clever are you?

Where do you live?

In a recent column in the Australian demographer Bernard Salt wrote about the correlation between levels of education and where we live.

He explained largest concentration of "smart" or postgraduate workers (around 7.2% of our workforce) is found in our biggest cities of:

What does this mean to me as a property investor?

Salt explains that there is a direct and powerful correlation between education and income earned - just look at the graph below taken from 2016 Census data.

And of course income earned in Australia translates ­directly into the capacity to buy real estate and indirectly into ­demand for local retail, office and industrial space. Source: The Australian
Salt break it down even further:

So where do these smartypants live?

The smartest boutique city in Australia isn’t Canberra but ­rather the university town of Armidale in NSW, where 11.9 per cent of the workforce has a postgraduate qualification.

What about the other end of the spectrum?

Salt says the poorest representation of postgraduate workers is in Kempsey, Murray Bridge, Esperance, Moe-Newborough and Portland, where the proportion of the workforce with post-grad qualifications never ­exceeds 1.5 per cent.

These towns also have a high proportion of the workforce who only com­pleted Year 9.

Alice Springs and Darwin, for example, both have twice the proportion of workers (6.3 per cent and 6.8 per cent with post-grad qualifications than do places like Karratha (3.0 per cent) and Goulburn (3.1 per cent) where the work is more manual. 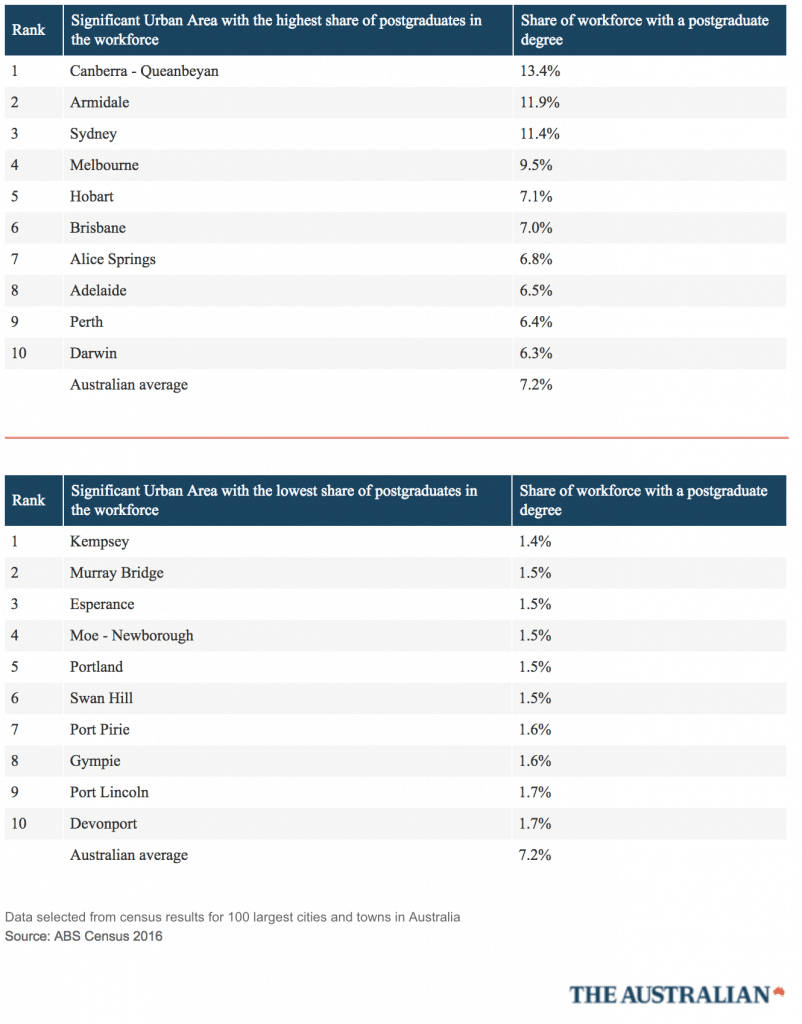