Queensland had the highest volume of property sale settlements i 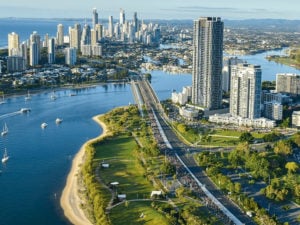 n the September 20211 quarter according to PEXA – the electronic property settlement platform.

In fact, Queensland was the only state to achieve positive quarter-on-quarter volume growth according to Pexa’s Property and Mortgage Insights report

The impact of the extended lockdowns in NSW and Victoria was evident in declines in volume for the quarter, dampening otherwise buoyant housing markets.

Property markets in WA and SA showed signs of having peaked, with both states experiencing declines in settlement volumes over the quarter in the absence of extended lockdown restrictions.

The locked-down states of NSW and Victoria were just behind Queensland reaching 58,047 and 56,196 settlements respectively.

NSW achieved an aggregate value for sale settlements of over $71.2b in the Sep-21 quarter.

This result was up a huge 79.5% on the Sep-20 quarter and references both volume gains and growth in property values over the past year.

Victoria recorded the next highest aggregate value at 50.2b for the quarter, well behind NSW. 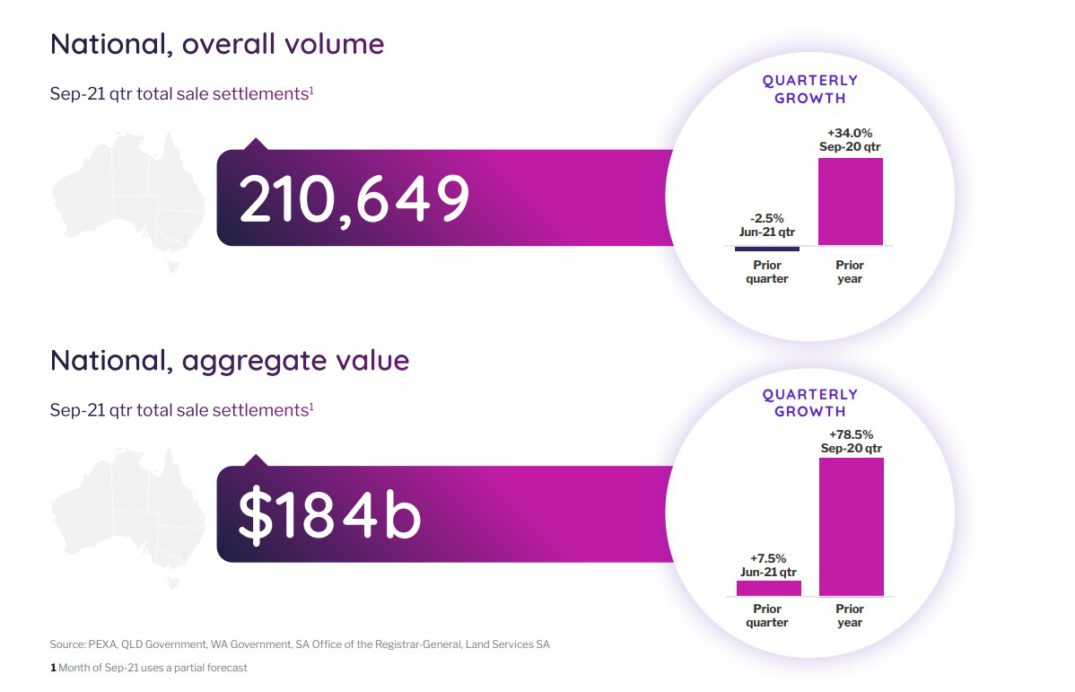 Over the last 12 months nationally, there were 590,461 property settlements that involved a new loan.

The August 2021 figures were up 39.2% on August 2020, consistent with the growth in overall sale settlements over that time.

The major banks were most successful in growing their mortgage books for new loans in the past 12-months.

This was likely driven by borrowers taking advantage of highly competitive fixed interest loans offered by the major banks.

Other domestic banks also held a strong winning position up over 25,000 new loans for the period, followed by Customer-owned banks, up nearly 15,000, and Foreign ADIs up almost 10,000. 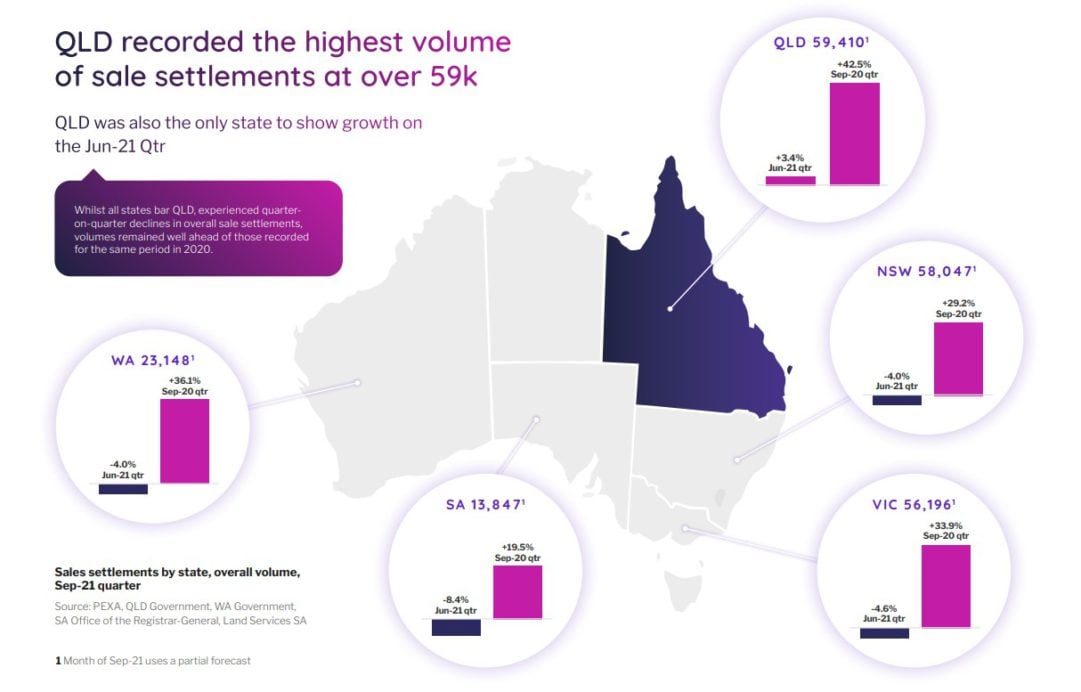 NSW recorded an aggregate value of over $71.2billion for sale settlements in the Sep-21 quarter 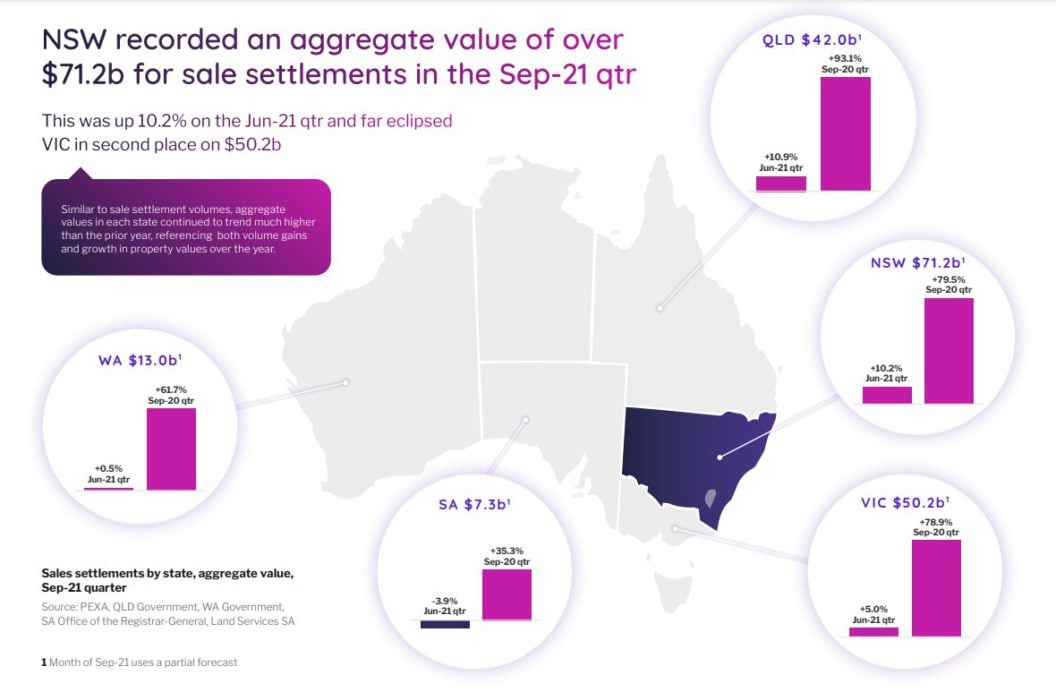 Drilling down into the figures showed that 9 of the top 10 suburbs for the number of sales were in Victoria and mainly in the outer suburban regions.

Interestingly Surfers Paradise was the only suburb outside of VIC to make the top-10. 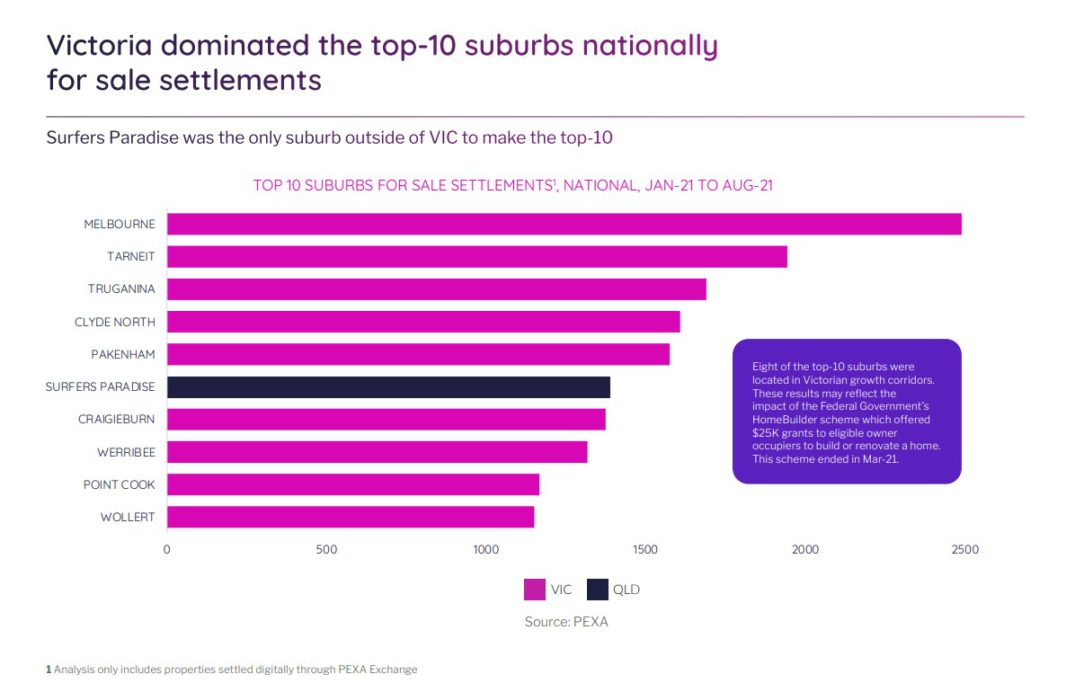 READ MORE: The Top 15 Brisbane Suburbs Primed for Growth in 2021