How did Donald Trump become so wealthy?

In this short video, The Money Project explores Donald Trump’s successes, failures, family history in real estate, and the help he got along the way in amassing his fortune.

The story started well over a century ago with Donald’s grandfather, Frederick Trump.

Real estate runs deep in the blood of the Trump family, and Frederick was actually the first Trump to own a hotel.

Born in Queens, Donald J. Trump would join his father’s company early on in his career.

According to Donald, his father became “one of the biggest landlords in New York’s outer boroughs”. By the time of Fred’s death in 1999, it’s said that Fred Trump was worth between $250 and $300 million.

In 1976, Donald Trump and Hyatt partnered to buy the rundown Commodore Hotel near Grand Central Station.

Another big win for Trump was with 40 Wall Street, once the tallest building in the world. He bought it for $1 million after years of vacancy.

The Apprentice was also a financial home run for Trump. As the show’s host and executive producer, he raked in $1 million per episode for a whopping 185 episodes. 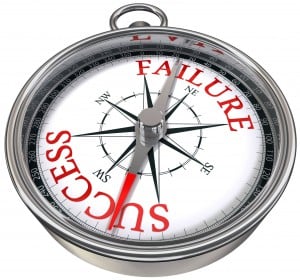 Donald’s biggest failure may be his ill-fated venture into casinos in Atlantic City.

According to Trump’s campaign, he is worth “in excess of TEN BILLION DOLLARS”.

However, he has also been accused in the past of artificially inflating his net worth. Forbes and Bloomberg News both have drastically different estimates of his wealth at $4.5 billion and$2.9 billion respectively.