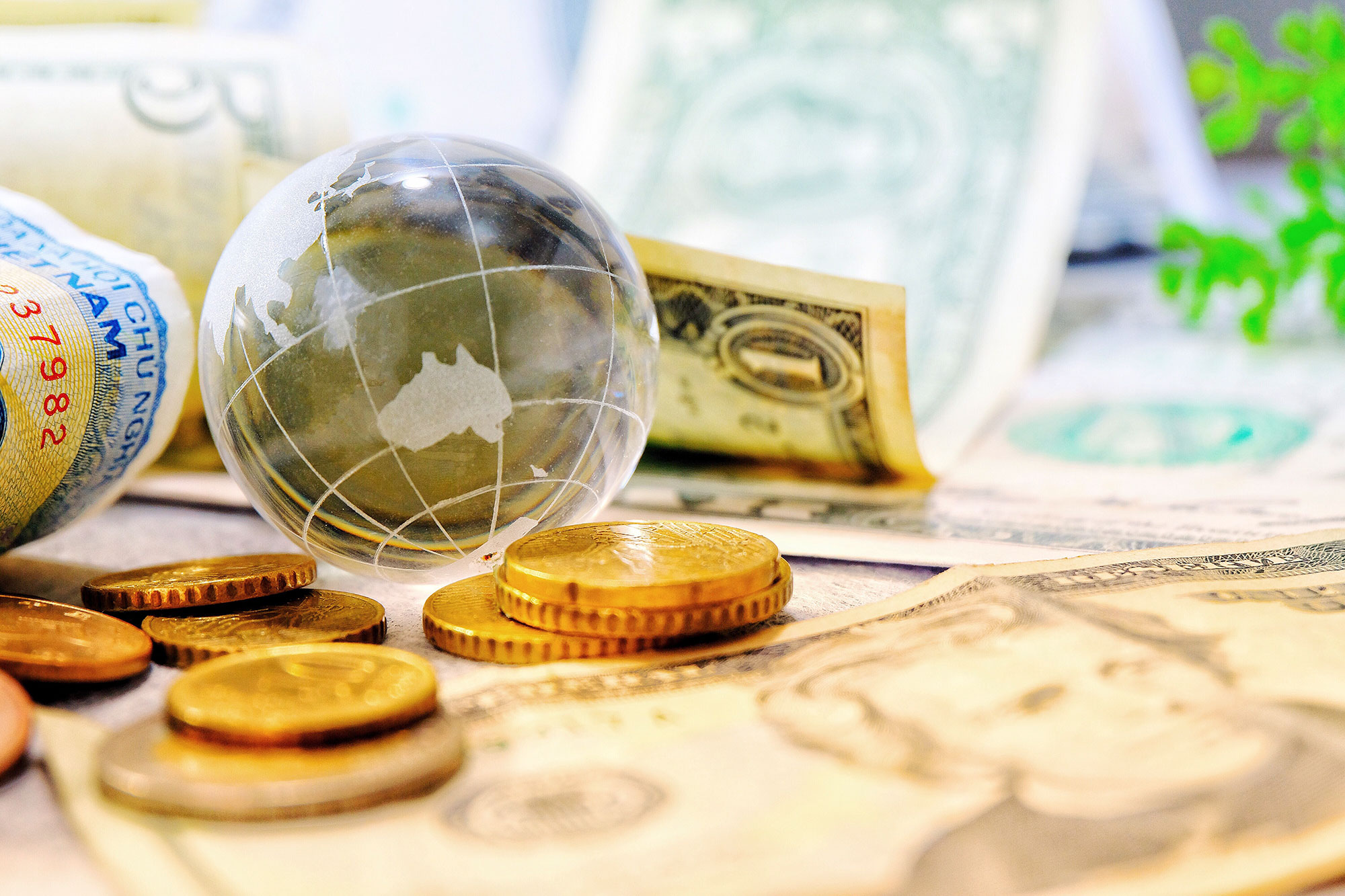 How does Australia rank in the world's $100 trillion economy?

Based on the latest data released by the IMF, Australia ranks 13th, with a current GDP of $1.7 trillion.

Surpassing the $100 trillion mark is a new milestone for global economic output.

We’ve covered this topic in the past when the world’s GDP was $88 trillion (2020) and then $94 trillion (2021), and now according to the latest projections, the IMF expects the global economy to reach nearly $104 trillion in nominal value by the end of 2022.

Although growth keeps trending upwards, the recovery that was expected in the post-pandemic period is looking strained.

Global annual GDP growth for 2022 was initially projected to be 4.4% as of January, but this has since been adjusted to 3.6%. The 50 largest economies in the world

The United States is still the economic leader worldwide, with a GDP of $25.3 trillion—making up nearly one-quarter of the global economy.

China follows close behind at $19.9 trillion.

Here’s a look at the top countries in terms of GDP: 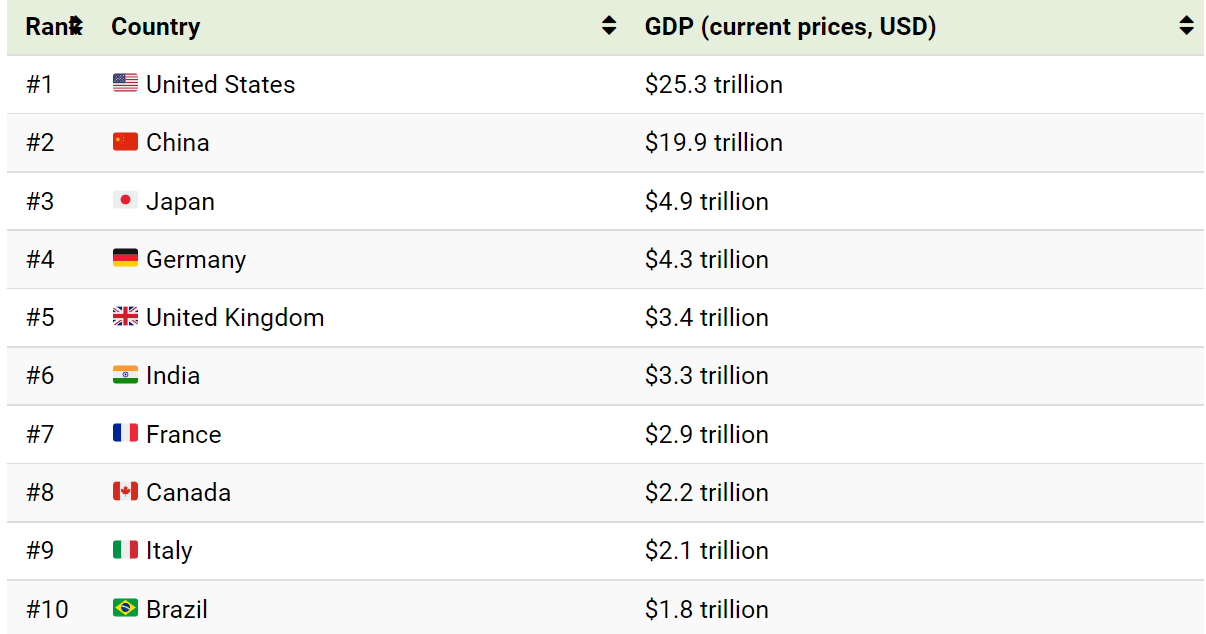 The frontrunner in Europe is Germany at $4.3 trillion, with the UK coming in second place. One significant change since the last reported figures is that Brazil now cracks the top 10, having surpassed South Korea.

Russia falls just outside, in 11th place, with a GDP of $1.8 trillion.

While China’s GDP growth has slowed in recent years, projections still indicate that the country will overtake the U.S. by 2030, dethroning the world’s economic leader.

One region also expected to experience growth in the near future in the Middle East and North Africa, thanks to higher oil prices—Iraq and Saudi Arabia in particular are leading this charge.

Regional GDP growth in the area is expected to be around 5% in 2022.

The 50 smallest economies in the world

Some of the world’s smallest economies were hit particularly hard by the pandemic, and have subsequently been the most affected by the inflation and food supply shortages resulting from the war in Ukraine.

Here’s a look at the countries worldwide with the lowest GDP in 2022: 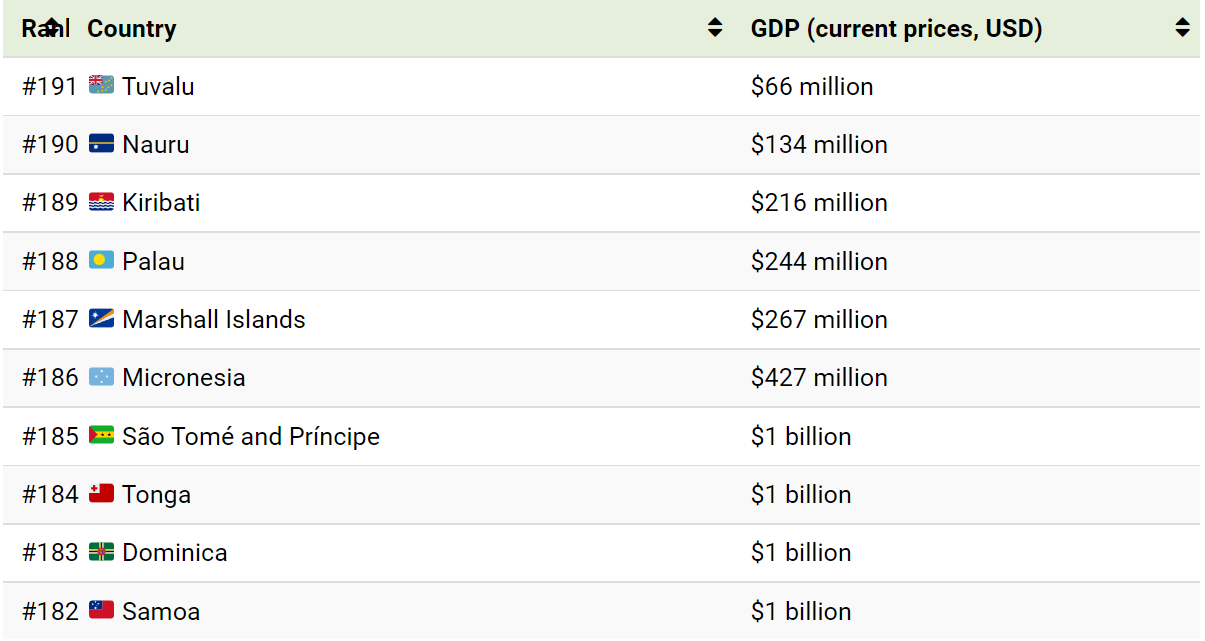 The smallest economy in the world measured in the IMF rankings is Tuvalu at $66 million.

Most of the bottom 50 are considered low- to middle-income and emerging/developing countries.

According to the World Bank, in developing countries, the level of per capita income in 2022 will be about 5% below the pre-pandemic trends.

Some countries are actually projected to experience negative GDP growth this year, particularly emerging and developing economies in Europe.

For example, Russia is expected to experience a GDP growth rate of -8.5% in 2022, though it still remains to be seen how the cost of war and increasingly harsh global sanctions impact the country’s economic prospects.

Inflation, stagflation, recession – how bad is it?

While global economic growth has already been revised downwards, it’s possible the situation could be even more serious.

Organizations like the World Bank say that risks of stagflation are rising.

Stagflation, which hasn’t occurred since the 1970s, is defined as an economy that’s experiencing rising inflation combined with a stagnant economic output.

Daily goods are becoming increasingly difficult to purchase and interest rates are on the rise as central banks worldwide try to control the situation.

As recent events in Sri Lanka demonstrate, low-income countries are particularly at risk of economic volatility.

Guest author is Avery Koop, a writer at the Visual Capitalist. Read the full article here.