We certainly live in the best country in the world, at the best time in history.

According to market research company New World Wealth, the world has accumulated $215 trillion in private wealth, a 12% increase over the last year.

Incredibly, the vast majority of this wealth – about 73.5% – is held by just 10 countries and when you look at the chart below you’ll see that Australia is punching well above its weight:-

Over the last decade, China and India have more than doubled their wealth.

Meanwhile, developed economies like the United States and Japan have increased wealth at modest rates – and some, like Italy and France, even lost modest amounts of private wealth over that duration of time.

And according to New World Wealth, the best is yet to come for Australia, as the same 10 countries will dominate the landscape – but the order will change over the next decade with Australia moving up the ranks increasing its wealth at a rate that is very impressive for a developed economy.

By 2027, it’s expected to be the world’s seventh richest country in terms of private wealth, with a total of $10.4 trillion. 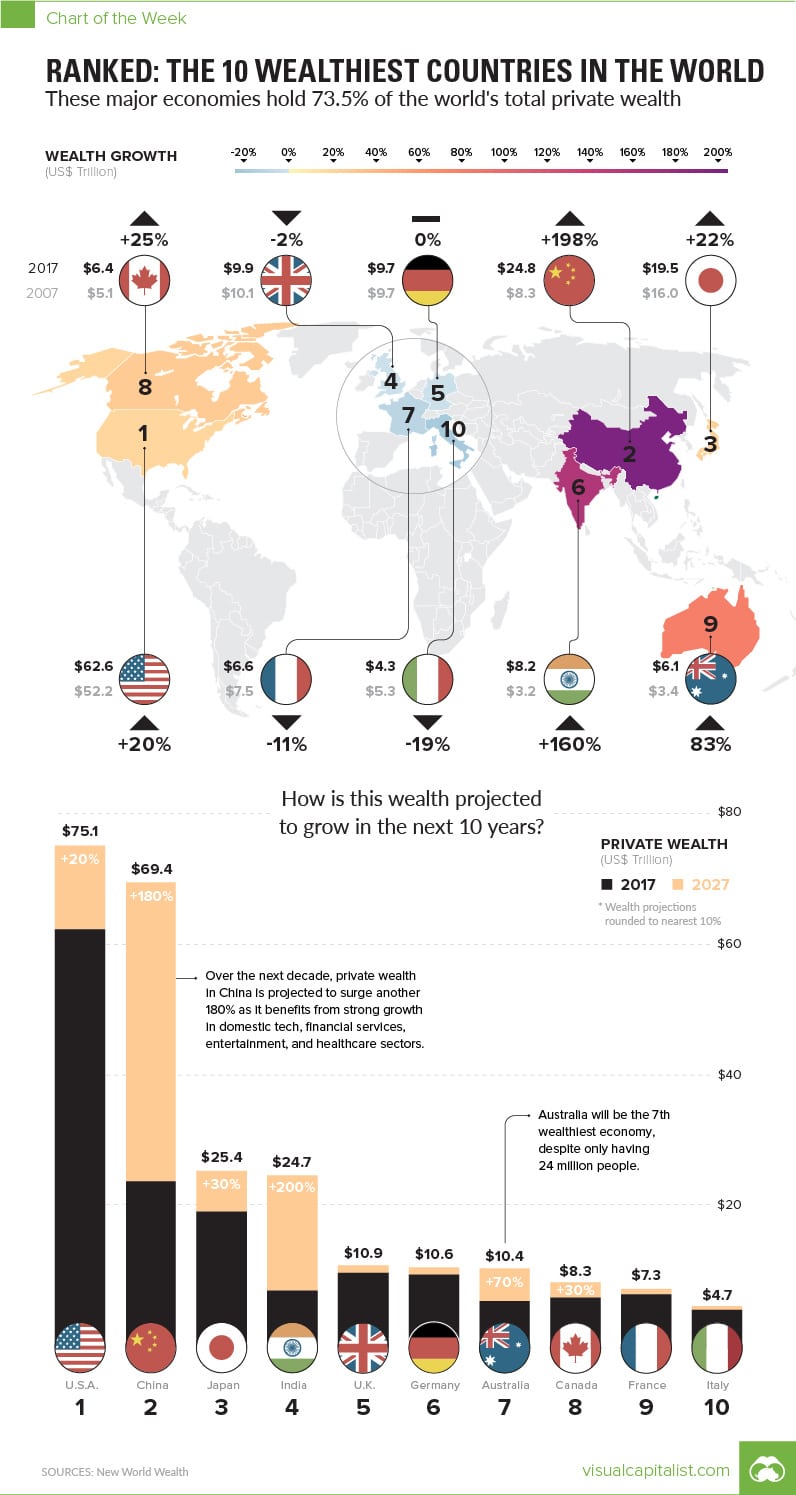 'The 10 Wealthiest Countries in the world – Look at Australia! [infographic]' have 2 comments