The language of commercial landlords

The language of commercial landlords

With 'options to renew' and 'three by three leases', it sometimes seems like commercial landlords have to speak a whole other language.

But the lingo isn't really that hard to translate. 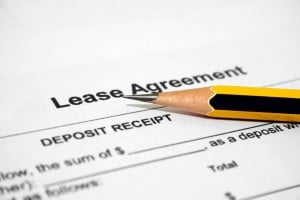 Getting a commercial lease agreement right from the beginning is crucial for both lessees and lessors because rent returns have the potential to make or break the success of a commercial investment portfolio and lease terms run for as long as 20 years in some instances.

So what exactly is involved when it comes to reviewing a commercial tenancy and how can landlords ensure they protect themselves and their assets whilst keeping their tenants happy?

The regional director of asset services for CB Richard Ellis, Sam Cuccurullo, says commercial lease re-negotiations have a longer lead time than in the residential world.

"If a lease agreement is about to expire and we want an ongoing involvement with the tenant, we'll start negotiations within a six to twelve-month period prior to the lease expiry," he reveals.

"The first step with a renewal is to look at where the market's heading over the next two to five years. If the market is poor the landlord might negotiate a lease that includes incentives

for the tenant and provides for market rent reviews during the new lease period, which is generally three to five years."

Some commercial leases have what's known as an 'option to renew', an inbuilt allowance for the tenancy to continue at the expiration of the initial lease agreement. More on these a little later.

If such an option is not incorporated into the agreement, Burgess Rawson director Chris Burgess says everything is on the table.

"The landlord can ask whatever he wants on renewal of the lease and it's then a matter of negotiations with the tenant, whereas if you have an option you have to abide by the lease terms and conditions that are in existence," Burgess explains.

"If you want to review the rent you can put that to the tenant but there's usually a mechanism in place to say that if there's no existing agreement the rent can be arbitrated by a valuer. Essentially, if you don't have an option you can charge whatever rent you like but it's up to both parties to negotiate."

To complicate the issue of lease renewals further, the latest buzzword in property circles – sustainability – is making its way into the commercial forum. 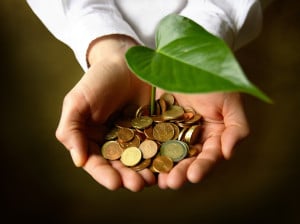 "We're starting to see an increase in the instance of 'green leases'," Cuccurullo says. "There's a big push, mainly from government tenants, to ensure that premises have a minimum rating according to industry sustainability standards."

He explains that Green Lease Schedules (GLS) spells out that the building in question must comply with a certain efficiency rating before tenants will commit to a further term.

This includes the consideration of energy consumption levels, waste management, and water treatment.

"Landlords will be forced to make any necessary compliance changes either prior to or after lease renewals and that will be documented in the new lease agreement," says Cuccurullo.

Options to renew can be a minefield for commercial landlords to navigate.

They often favor the tenant, as an option that gives the occupier surety that they can remain in the building upon expiration of the initial lease agreement, even though they don't have to inform the landlord of their intentions until six months before the lease is due to terminate. 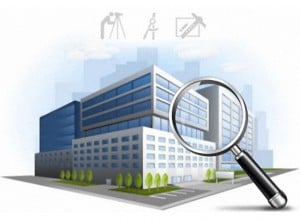 However, Cuccurullo says that some tenants prefer not to take up options to renew as they can be detrimental when it comes to renegotiating terms.

"Occupiers only exercise options about 50 to 60 per cent of the time because they don't know when the triggers are in leases. Some leases could be five to seven years but they don't have sophisticated information as to when they should trigger the option to renew.

They might also be advised not to exercise an option because they can possibly negotiate a better incentive."

Options can include lease terms such as 'three-plus three' – an initial three-year lease with a three-year option to renew. It's at the tenant's sole discretion as to whether they take up the option and if they choose to do so, their intentions must be put in writing to the landlord or managing agent at least six months prior to the expiry of the lease.

With an option to renew, "the tenant is virtually agreeing to remain in the premises under the same terms as the current lease, with some clauses being amended", explains Cuccurullo.

"Normally that involves a market rent review – which falls on the exercise of option – or they may have negotiated a 4 to 5 per cent increase on renewal."

He says that in office and industrial premises particularly, many landlords don't like giving options because it puts the onus completely on the tenant as to whether they stay, leaving the owner virtually in the dark and potentially affecting their future plans for the premises.

On the other hand, Burgess says: "If you don't have an option you have no goodwill, particularly in retail premises because the landlord can turf you out when your tenancy comes to an end."

The basis of a continuing tenancy under an option to renew is formed at the outset of the rental agreement.

In this sense, it's important that any option included in the lease is carefully worded to protect the interests of both parties. 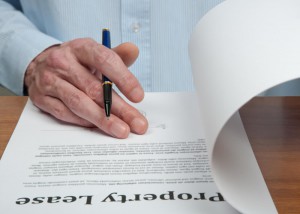 "Having a recourse to market is very important when it comes to options," Burgess says. "Some have built-in reviews based on CPI (Consumer Price Index) and in low inflationary times that's usually disadvantageous to the landlord because he might be in a situation where rents are going through the roof and he's stuck with CPI increases."

If a market review is initiated when the option to renew comes into play, the landlord can re-negotiate a rent in line with the fair market value of the premises.

The tenant can either accept whatever the new rent will be and take up the option, or request that the new rental amount be negotiated prior to exercising their option.

If the tenant fails to advise the managing agent or landlord that they intend to exercise an option to renew at least six months preceding the expiration of the lease, it's entirely up to the landlord as to whether the lease will be renewed and on what terms.

"If the market's poor you wouldn't do market rent reviews, rather you would perhaps look at a 3 to 5 per cent fixed annual review or a CPI increase, whatever is acceptable at the time," Cuccurullo says. 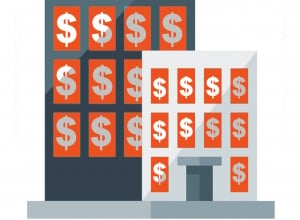 On the other hand, if the market is performing well and looks to continue moving upward over the term of the lease, Cuccurullo says owners should include regular market reviews to achieve a better rate of return.

CPI increases are done annually and depend on the rate of inflation at the time or the 12-month CPI adjustment.

Cuccurullo says landlords have the option of alternating the type of rent reviews to occur in lease agreements over their terms.

Options to renew often stipulate the type of rent review that will occur when the new lease term commences. Usually, this is a market review, however, if no option is included a new rent will be negotiated based on comparables for similar commercial premises.

Burgess says the lease agreement "should have recourse to market every three years or so, with CPI adjustments in-between". 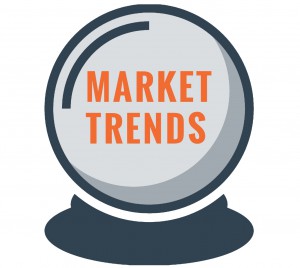 "But if CPI's really running hard you might go for a smaller fixed increase," he adds. "Nowadays because inflation's not as high, people are happy to have a market review every five years but you don't want to leave it too much longer than that because conditions such as supply and demand can change dramatically."

He adds that in the instance where commercial premises are unique and therefore difficult to review based on comparable rates, recourse to market can be difficult.

"In that situation it's generally advisable to have some sort of fixed increase so the landlord knows where they're heading financially," he advises.

Editor's note: This article was written by Bronwyn Davis and first published in Australian Property Investor Magazine in 2008 and is copyright and reproduced with their permission.

As the principles are still relevant today we've decided to republish it for the benefit of our many new readers.

You may also want to read: Dangling a carrot to secure a commercial tenant

'The language of commercial landlords' have 16 comments