Almost a third of the nation’s top 200 firms pay an effective tax rate of 10 per cent or less. 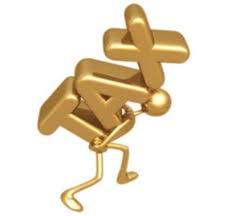 That was the evidence given to the Senate committee into corporate tax avoidance a couple of years ago.

While the tax-minimising arrangements of large corporations including Google and Apple are in the headlines at the moment, the A.T.O has also pulled the curtain back on the lengths to which wealthy individuals in Australia go to manage their money.

Here’s what the rich do:

Australia’s wealthy individuals use trusts and companies to shuffle money around and according to the A.T.O. the structures get more complicated the richer people get.

Here’s what the ATO had to say:

There are 147,000 private companies associated with 220,000 private groups linked to 119,000 Wealthy Individuals (resident individuals who, together with their business associates, control more than $5 million in net wealth).

Of this approximately 2,800 are considered High Wealth Individuals (HWIs), i.e. a sub-set of Wealthy Individuals who control more than $30 million in total assets.
…
Wealthy individuals and their private groups often have complex arrangements and utilise flow-through entities such as trusts and partnerships in addition to companies.

Other wealthy individual group structures on average consist of one company and one trust, with two thirds including an SMSF and one third including a partnership.
The top 80 HWI groups consist of more than 50 entities.

So roughly translated this means that on average, people in Australia with more than $5 million in net wealth have a network of 12 entities that they move money through.

And the 80 richest people have more than fifty.

At least they can afford to pay someone to keep track of it all.