Surging inflation and stubbornly low wages growth has acted to produce a sharp decline in real wages growth with the significant cost of living implications for consumers.

The ABS has reported that the Wage Index increased by 0.7% over the December quarter - the highest quarterly growth rate since March 2014. 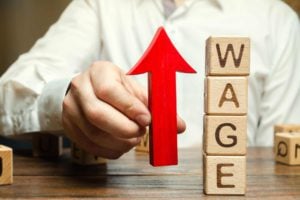 Annual wages growth however remains subdued - increasing by just 2.3% to remain at the low pre-covid levels.

The RBA has consistently stipulated that higher interest rates are dependent on a sustained and consistent period of annual wages growth above 3% - last recorded 10 years ago.

Although unemployment rates remain at near-record lows, labour supply is set to surge as the post-covid economy normalises.

The return of mass migration is imminent with local workers also set to return to the workforce as restrictions are eased and health outcomes improve.

This will increase competition for jobs and offset labour shortages, putting downward pressure on wages growth.

Annual real wages (the difference between wages and inflation) fell by an alarming 0.3% over the year to the December quarter - the first fall since March 2015 and second only to the record 0.5% fall recorded over September 2008 during the depths of the GFC. 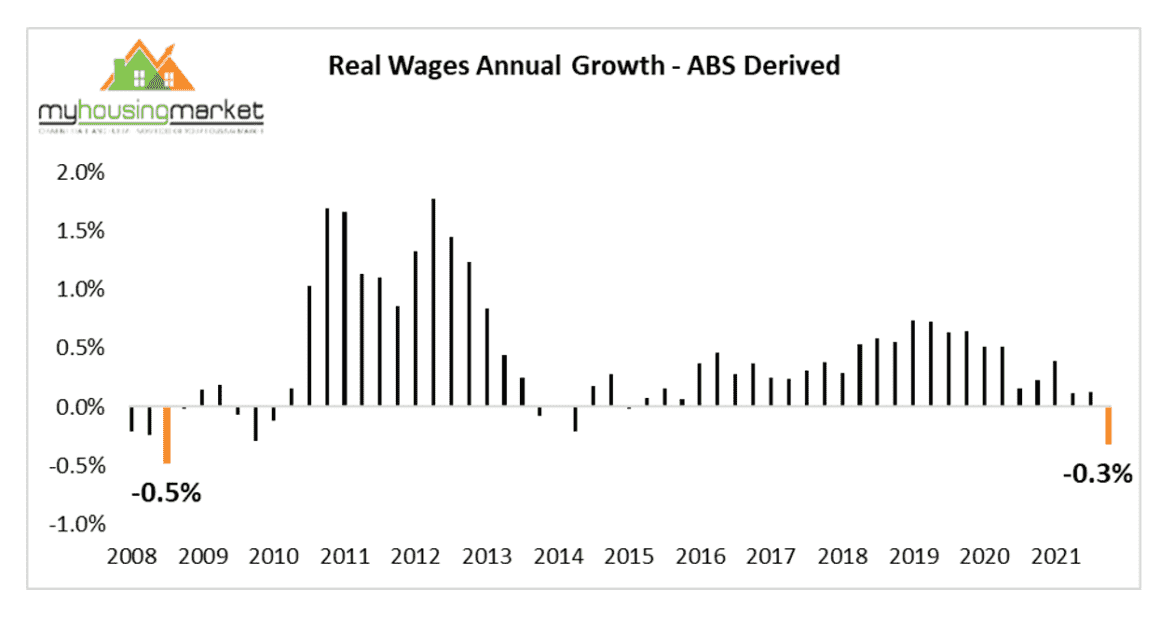 The prospect of continuing higher inflation – driven particularly by skyrocketing oil prices, with the likelihood of ongoing subdued wages growth, will reinforce current falls in real wages with significant negative implications for the national economy.

These are clearly not the circumstances for the RBA to be even considering raising interest rates and providing consumers with more increased costs.