Are You Raising Your Child to Succeed or Fail in Life? Four Areas Where Parents Are Failing Their Kids

Charles Koch is a multi-billionaire.

Charles and his brother David took over their father’s business and transformed it into the largest privately held company in the world.

He was recently asked in a Time Magazine interview about what he attributes his enormous success in life to.

Charles responded that if it were not for his parents he would have been a menace and a burden on society.

He was a bad egg growing up and his parents decided tough love was the only solution.

From a very early age his father put him to work at the family business.

He were forced to do the most unpleasant jobs his father could find.

And he was forced to work long hours, when most kids his age were out playing or climbing trees.

There was no escape for Charles Koch.

He was forced to become a hard worker.

Dr. Ben Carson, famed neurosurgeon and Presidential candidate, was raised in the ghettos of Detroit in a single-parent household.

His mother cleaned the houses of wealthy people and noticed that they didn’t allow their kids to watch TV and, instead, required them to read.

Mrs. Carson decided to emulate that in her household and forced her two young boys to go to the public library every day after school and read until it was time for dinner.

They also had to write a weekly summary of what they learned from their reading and give it to their mom to read.

She would read the summaries and occasionally make notations on it and then hand it back to her kids.

There was no escaping this weekly chore for Dr. Carson. He was forced to become a reader.

I highlight these two individuals because one was raised in a wealthy household and one in a poor household. 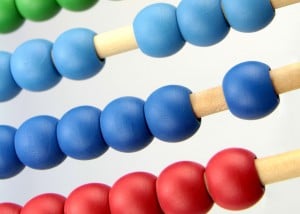 What does dictate your financial circumstances as an adult is parenting.

Parents who raise their kids with good habits and then hold their kids accountable for sticking to those good habits will see their children grow up to become successful adults.

Unfortunately, close to 60% of parents (poverty level and near poverty level percentage in America) are invisible parents.

They are not actively mentoring their kids for success in life.

Instead, they passively raise their children, shifting the onus onto teachers to teach their children everything they need to know to make it in the real world.

But teachers can only do so much without the support of parents in the household.

Parents need to step up to the plate and actively parent their kids by teaching them certain habits and then ensuring those habits stick.

It’s up to the parents to provide the tools to succeed in life, not teachers.

This pass the buck mentality of invisible parents is an epidemic that’s growing, particularly in the inner cities.

Poverty in America is the byproduct of invisible parenting

What I’ve found in my research is that most of the invisible parents failed in the following four core areas:

The reality is that the vast majority of poor people in America are poor because they were raised by invisible parents – parents who do not teach their children good habits and make sure they live those good habits every day.

But with the Internet, that case is much harder to make.

There is so much information now available on the Internet, so much knowledge just waiting to be learned, that it’s no longer an acceptable excuse. 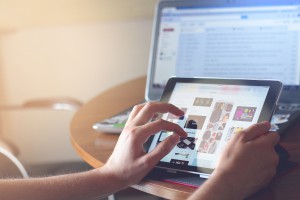 You can learn to read on the Internet.

You can learn calculus on the Internet.

You can learn a foreign language on the Internet.

You can download free podcasts on just about any topic.

You can find blogs writing about every conceivable thing.

Limit TV, make your kids work and volunteer at an early age, make reading a daily routine and instill in your kids the idea that they can succeed in life.

im agree with this article. bring a reading habbit to our children can give them so many positive thing. we can find so much information from reading books, article or else. active parenting is important to, maintain their habbits, the way he think, ...Read full version

im agree, as a parent we need to give our children an active parenting. for me teach our children about work ethic, maintain the way they think, guide them so they have a strong and good mentality are the key to see them grow up as a good person. rea ...Read full version