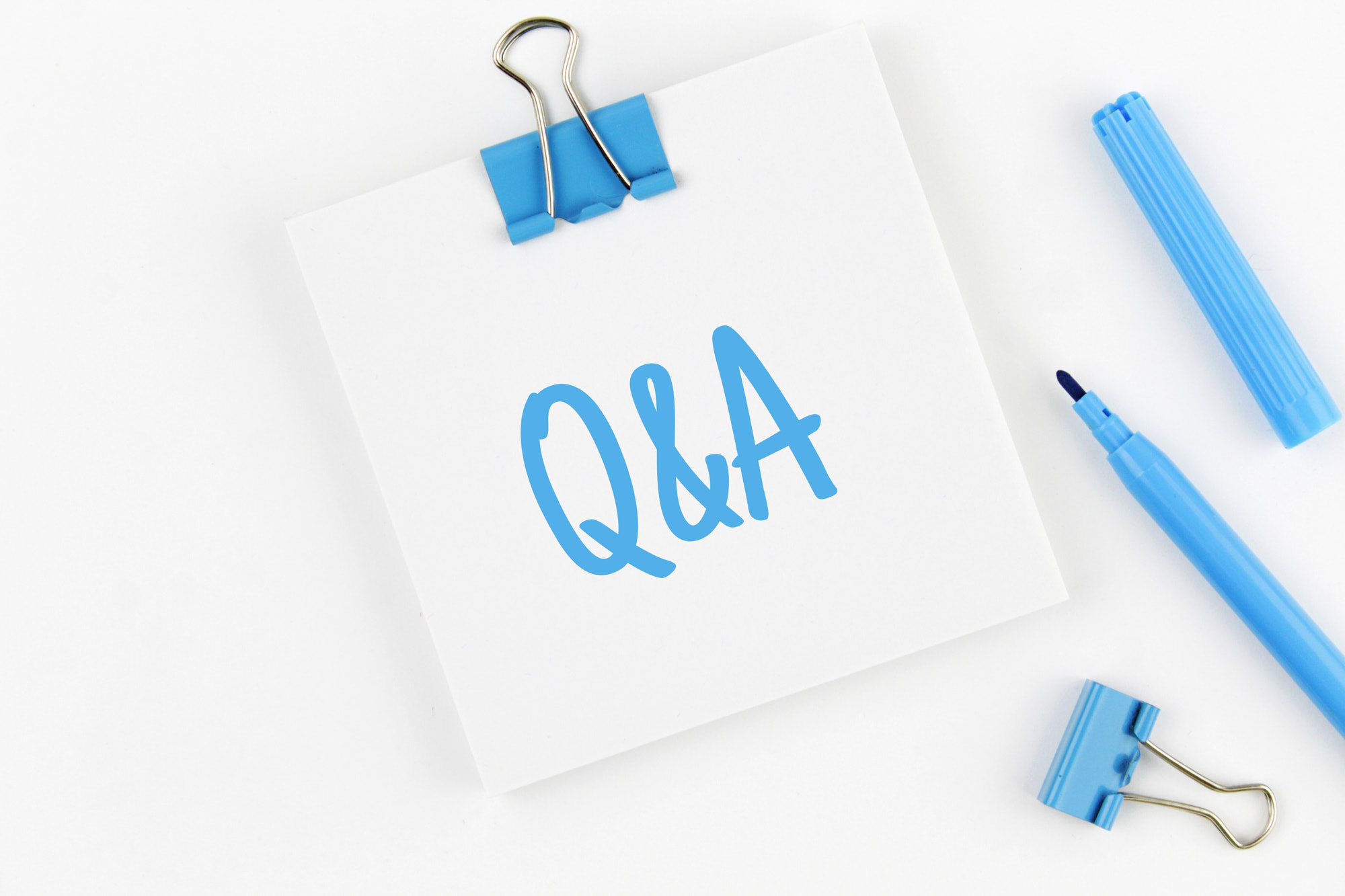 The annual lift in fuel prices was the biggest since the 1990 Iraqi invasion of Kuwait.

Demand for goods has gone up, but there are not enough goods to meet the higher demand.

With inflation high, the risk is that the Reserve Bank needs to respond by lifting rates aggressively.

A rate hike could mean higher borrowing costs for those with variable rate loans.

The job market is tight and wages and prices are running at a fast clip.

At 5.1 per cent, inflation is running at the fastest annual rate in 21 years — why has this occurred and what does it mean for interest rate settings?

Why is the inflation rate so high?

A lot has to do with global factors - Covid and the war in Ukraine.

The annual lift in fuel prices was the biggest since the 1990 Iraqi invasion of Kuwait.

Across the globe oil production is not keeping up with demand, causing oil supplies to soar.

Certainly, the impact hasn’t just been at the petrol pump, rising transport costs have boosted prices for a raft of items like food. But apart from higher oil prices, what are some of the other factors driving inflation?

Well, as noted there is Covid.

Across the globe, people have contracted the virus and have had to stay away from work.

Demand for goods has gone up, but there are not enough goods to meet the higher demand, pushing up prices.

That is shown in the cost of housing here in Australia.

More people want to build but there are not enough builders and building materials to go around.

Then there are other factors like the recent floods in NSW and Queensland, the Ukraine war (pushing up fertiliser prices) and even herd rebuilding by meat producers – the latter affected by favourable weather. 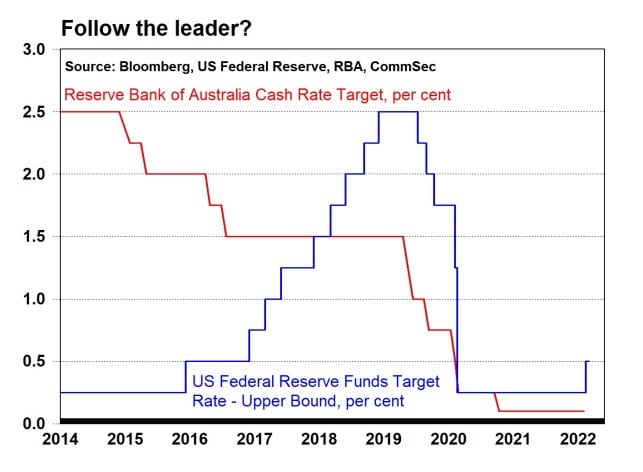 And other countries are also experiencing higher inflation rates?

Yes. In fact, inflation rates are actually even higher overseas.

And in the US, the headline rate of inflation stands at a 40-year high of 8.5 per cent. 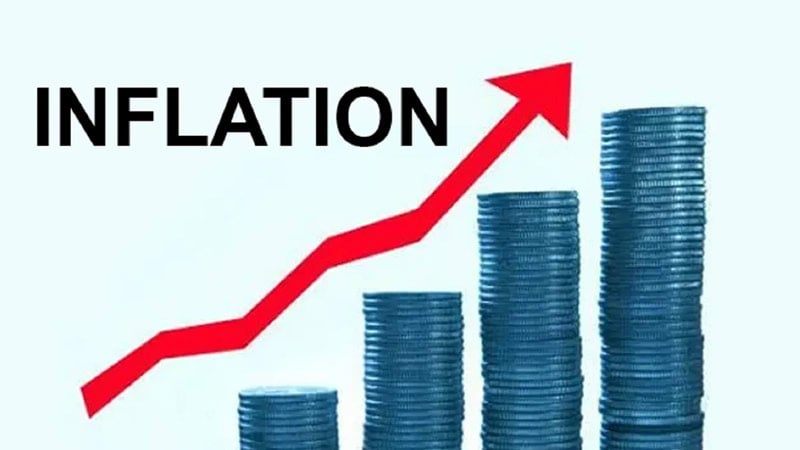 So if inflation is rising across the globe what can the Reserve Bank do?

The goal of the Reserve Bank (RBA) is to keep the annual rate of inflation between 2-3 per cent.

Clearly, the target is being over-shot at present.

That is even the case if you look at the so-called ‘underlying’ rate of inflation (the trimmed mean measure).

Stripping out the volatile influences, the annual underlying inflation rate stands at a 13-year high of 3.7 per cent.

Now the RBA adjusts interest rates (the cash rate) with the aim of keeping underlying inflation in the 2-3 per cent target band.

So with inflation high, the risk is that the Reserve Bank needs to respond by lifting rates aggressively.

But it is not as simple as that.

The Reserve Bank (RBA) can’t do much about high fuel prices and the impact of Covid on the prices of goods (supply-chain issues).

And the RBA has to take into account that the Ukraine war may end at some point and that supply-chain issues will recede.

So while inflation is high at present, that could change if Covid cases continue to fall and the war ends. 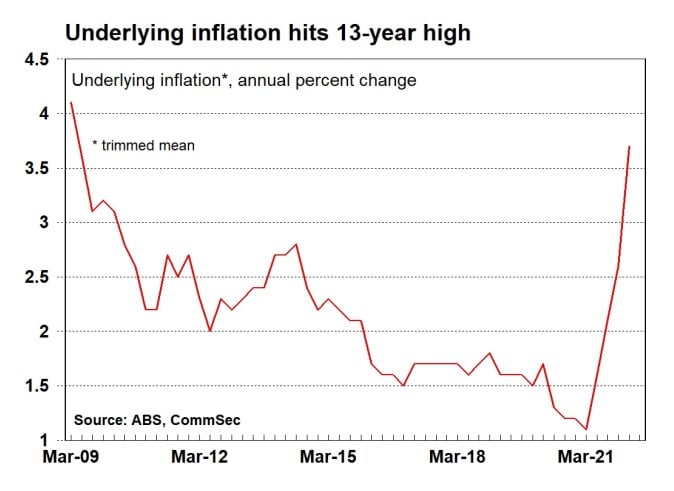 So will the RBA lift interest rates?

Yes, we expect that the RBA will lift rates.

While the RBA can’t influence world fuel prices and supply-chain issues, it can influence the pace of the Australian economy.

With the economy in solid shape and the job market tight, there is no need to keep the official cash rate at a record low of 0.1 per cent.

When will rates rise and by how much?

This is the tricky part.

The RBA has indicated that it will lift rates when it is confident that the underlying rate can sustainably be maintained between 2-3 per cent.

The sharp lift in the inflation rate will give the RBA confidence that the target will be achieved.

But the RBA has also indicated that it will lift rates when there is evidence that wages are again growing at a 3 per cent annual rate or higher. 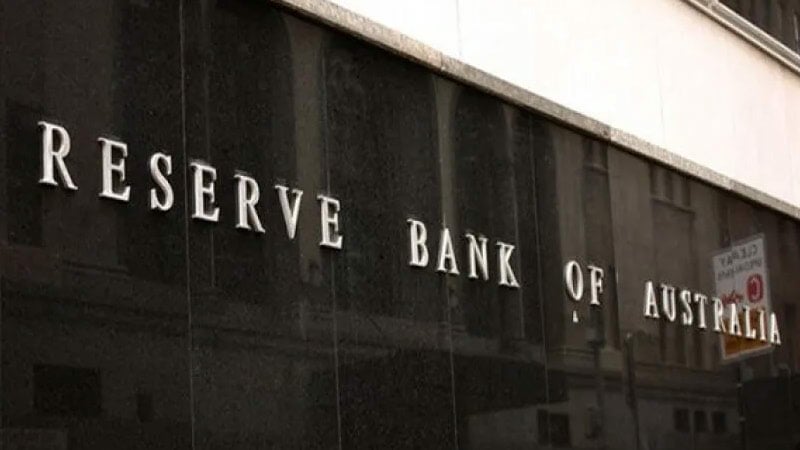 The problem is that the key data on wages – the wage price index – is not released until May 18.

In addition, the federal election is held on May 21 and the national accounts – a report that contains economic growth and wage data – is released on June 7.

The bottom line, rates are likely to rise, it’s just the timing and the size of the move that need to be decided.

Does the election affect the timing of rate hikes? 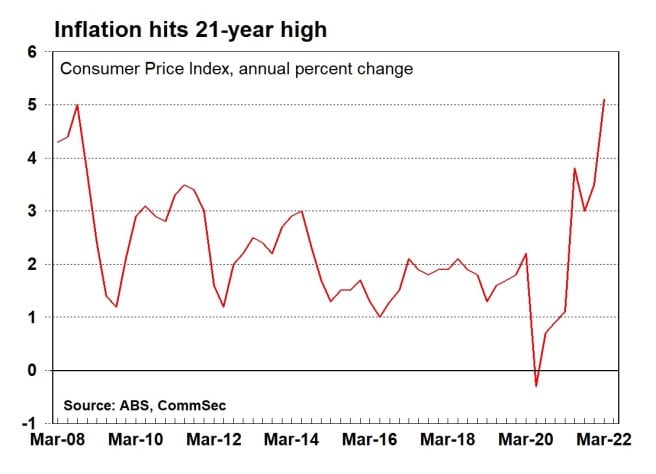 The Reserve Bank says it doesn’t.

But in practice, if you were the Reserve Bank Governor would you lift rates in an election period?

If there was a clear case for higher rates, then the Reserve Bank wouldn’t delay.

It would lift rates at the first opportunity.

But presumably, the Reserve Bank doesn’t have its answer yet on what is happening with wages.

Unless of course, its business liaison programme has found clear evidence of a solid lift in wages.

The Reserve Bank Board made its position clear at the last Board meeting:

“Members also noted that, for some time, the Board had been communicating that it wanted to see evidence that inflation is sustainably within the 2 to 3 per cent target range before increasing interest rates.

It had also been communicating that this was likely to require a faster rate of wages growth than had been experienced over previous years.”

When it comes to rate decisions the Reserve Bank says that the fundamental question posed is: of all decisions that could possibly be made, which decision would I regret the least?

And by how much are rates expected to rise?

The cash rate currently stands at 0.1 per cent or 10 basis points.

Traditionally the RBA has preferred to move in increments of 25 basis points.

And then future moves will be in 25 basis point multiples.

Economists are debating all the permutations and combinations.

Of course, there is no reason why cash rates have to end at 0.25 or move in 0.25 percentage point increments – it’s just what has happened in the past.

It is also important to note that the last time the cash rate was increased was 11½ years ago in November 2010. 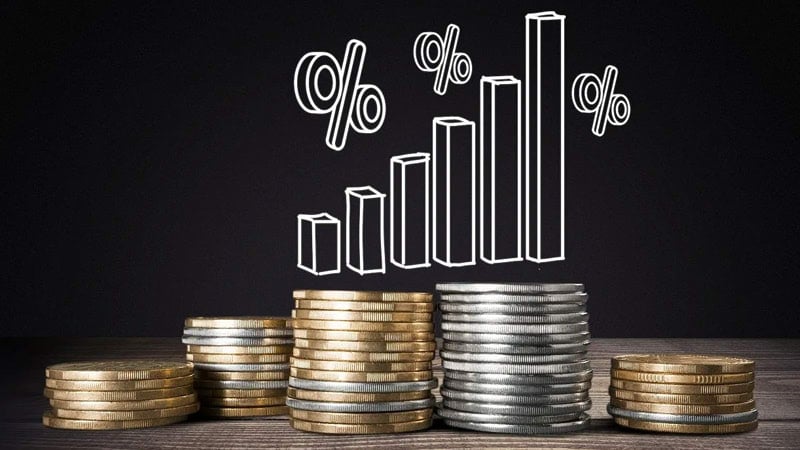 How much have rates risen in other countries?

There are a few examples.

The US Federal Reserve has lifted rates by 25 basis points and is tipped to lift rates by 50 basis points next Wednesday to a range of 0.75-1.00 per cent.

And the Bank of England has lifted its main Bank Rate three times to 0.75 per cent.

In each case, inflation is higher than in Australia.

How high can rates go in Australia?

As always, there is no pre-determined timetable for rate hikes or an interest rate goal.

And there are a lot of factors to be considered including wages, prices, unemployment, the fabled ‘full employment level, population growth, and economic activity.

Commonwealth Bank Group economists expect the cash rate to be lifted gradually over the coming year with the cash rate coming to rest at a ‘neutral’ level of 1.25 per cent.

The neutral rate is a rate that is neither acting to speed up the economy nor slow it down.

With consumers carrying higher debt levels than in the past, small changes in rates can have a bigger impact on spending, borrowing, and overall economic activity. 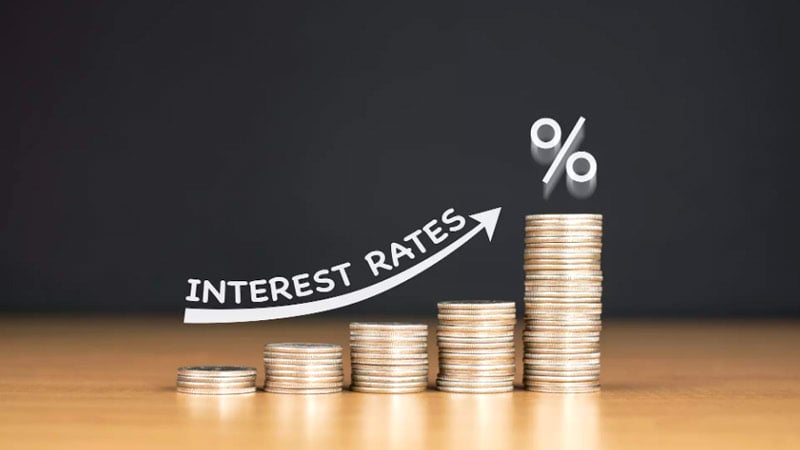 So bad news for borrowers?

A lift in the cash rate affects a raft of both loan and deposit rates.

A rate hike could mean higher borrowing costs for those with variable rate loans.

New borrowers are directly affected but for existing borrowers much depends on whether they are paying more than they need to in loan repayments.

The Reserve Bank Board has noted that in “households with an owner-occupier variable rate mortgage, the median excess payment buffer had increased to an equivalent of 21 months of required payments, up from 10 months at the beginning of the pandemic.”

Of course, some groups in the economy will be cheering on rate increases.

Included in this group are those saving to buy a home, those who rent, and older Australians such as those on an old-age pension as well as self-funded retirees.

Around two-thirds of households either own their home outright or are renting.

What are other issues to consider when considering interest rates and inflation? 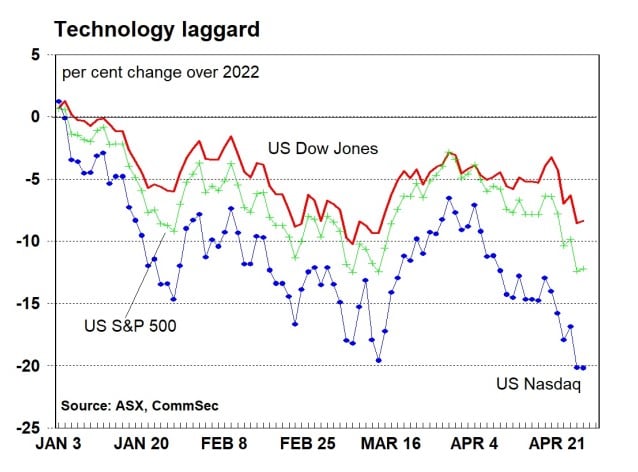 One issue is inflation expectations.

If consumers and businesses believe that inflation will stay at 5 per cent, then they could factor that into business and investment decisions.

Voilà, instead of 2-3 per cent, inflation gets locked in closer to 5 per cent.

The Reserve Bank has to be careful that it doesn’t take too long to address higher rates of inflation.

This leads to a second issue, something called ‘jawboning’.

Monetary policy is not just what the Reserve Bank does with interest rates, it’s what it says in terms of guidance.

Consumers and businesses need to be totally clear that the Reserve Bank is committed to the 2-3 per cent target band and will do what it takes to achieve the goal.

What does this mean for investment markets?

And not just doing well, a little too well.

In Australia, the Reserve Bank wants to run the economy at the fastest possible rate that is consistent with inflation holding between 2-3 per cent.

The RBA wants to ensure that all people that want to work, can work.

And that workers receive wage increases that are consistent with productivity.

In other words a good job, for a good rate of pay.

They might lift rates too far or too fast and that could cause the economy to slow too much.

The job market is tight and wages and prices are running at a fast clip.

Policymakers may respond next week by lifting rates by 50 basis points or 0.5 percentage points. 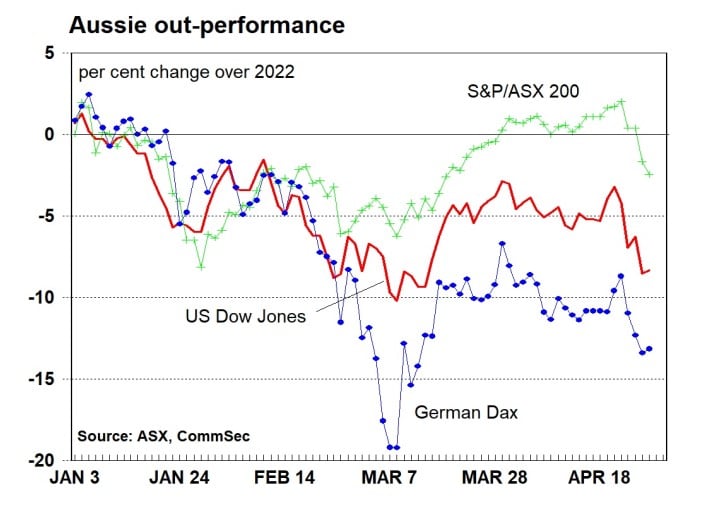 For companies that rely on the economy to grow at a solid rate to support revenue growth – companies like technology firms and upmarket retailers – that is a concern.

However, once it’s clear that the economy is still growing, and at a slower but sustainable pace, growth-focused companies breathe a sigh of relief.

And overall, investors become confident again to put funds to work in the share market as opposed to cash or fixed income markets.

At the early stage of a period of rising interest rates, banks and defensive sectors like consumer staples, utilities, and health care tend to be favoured over technology and consumer discretionary sectors of the share market.