Property taxes are about to fall! (and why this is bad news)

Auction clearance rates are falling, sales volumes slowing, and prices are coming off the boil in the formerly red hot markets of Sydney and Melbourne. 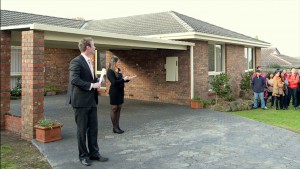 This is bad news for State Governments who have increasingly relied on property taxes to fund a growing list of infrastructure promises from transport to schools to hospitals.

It could also be bad news for the Australian economy because one of two things could happen: falling forward property revenues will see infrastructure spending curtailed (even though we continue to have an infrastructure deficit) or we will go into more debt to keep the tap on even when the tank’s running dry.

Neither is a great outlook and let’s hope it doesn’t happen.

The remarkable thing is just how dependent State Governments have become on property taxes – chiefly stamp duty on transfers. (Remember, this was the tax they promised to abolish in exchange for GST revenues. Paul Keating once said: “Never stand between a State Treasurer and a bucket of money.” He was so right).

Nationally, total State Government taxes on property (according to the ABS data) have soared from around $30 billion per annum in 2009 to over $50 billion in 2016-17.

That figure will probably climb for 2017-18 and could even approach the $60 billion mark, given how white hot Sydney and Melbourne were in 2017 and into the first quarter of 2018.

Imagine if a slowdown in markets (mostly a fall in volumes) brings that revenue back to even 2013 levels… that would be a $20 billion per annum hit to state budgets. 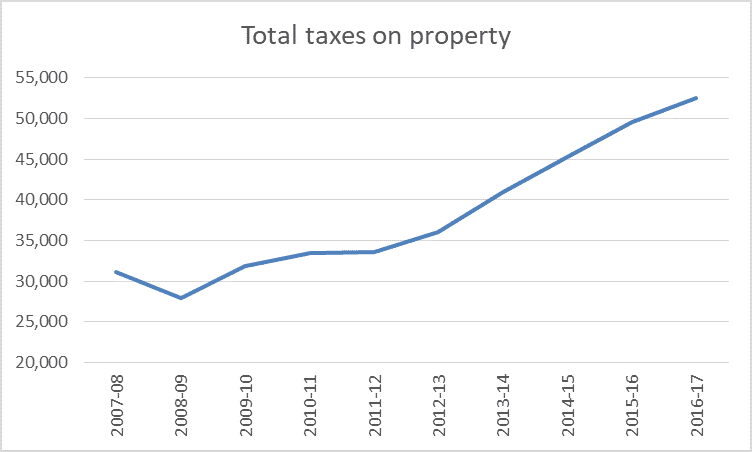 NSW is going to feel the pain

Its last State Budget announced a raft of infrastructure projects which had the country weeping in envy.

Property tax dependency also grew – from around a third to nearly 45% in the same period.

A sustained fall in sales volumes combined with a fall in prices could see $3billion per annum wiped from future state revenues.

With both stamp duties and land taxes steadily climbing, their annual revenues have swelled by over $3billion per annum.

Their property tax dependency has grown from around a third to over 45% of all income.

Nearly one in two state tax dollars comes from property.

That’s going to take some delicate fiscal balancing if revenues fall on the back of a slowing property market. 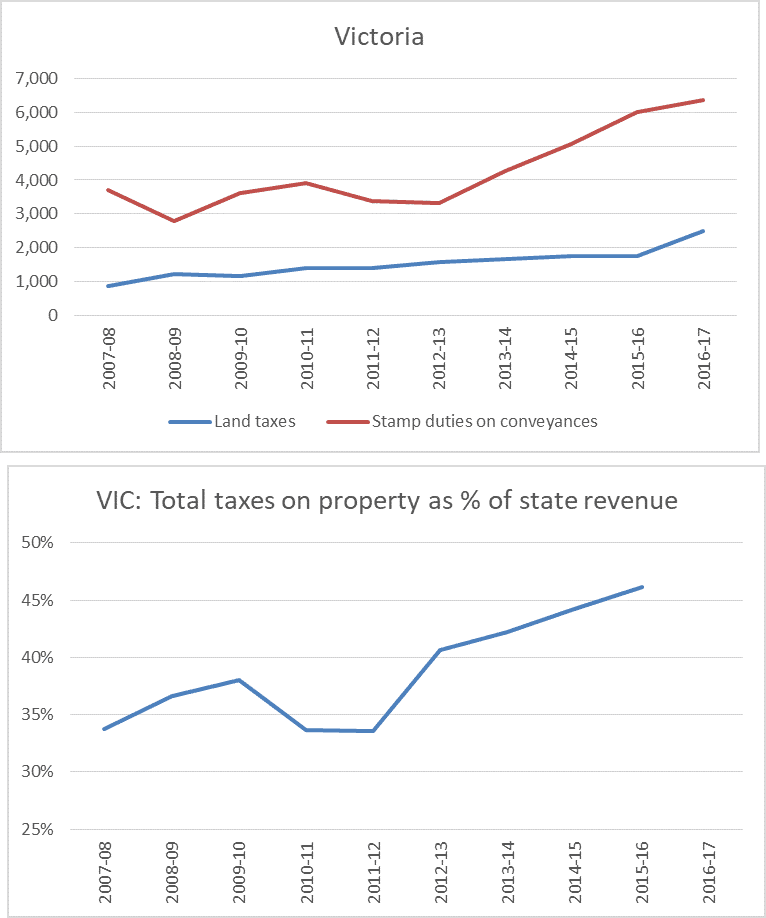 Queensland has less to lose

Its market (mostly the Brisbane region) never reached the fever pitch of Sydney or Melbourne.

Stamp duties rose by just over $1billion per annum (but I bet State Treasurers had hoped for more).

Plus, having never overheated, the prospects of a substantial cooling are less, meaning the likelihood of falling forward state revenues tied to a slumping property market are less.

So in this case, it’s perversely not a bad thing if property taxes don’t fall in the years ahead? 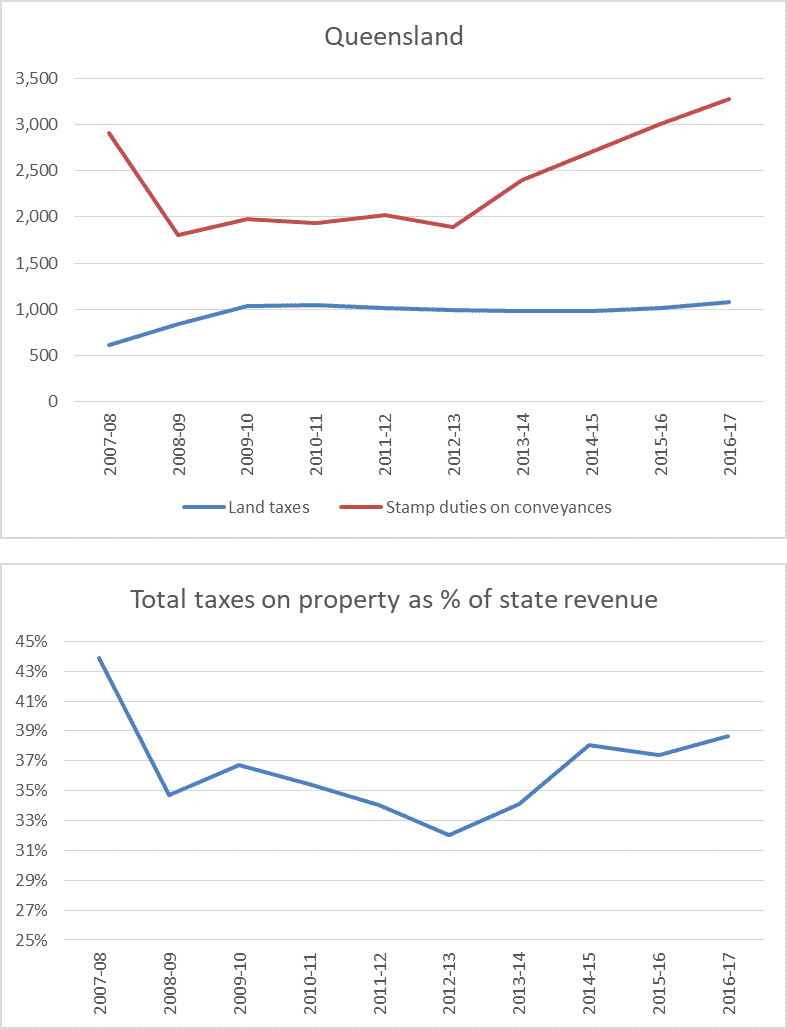