Spurred on by a rise in national dwelling values after a long period of decline, property values around Australia are now up 4.7% since finding a floor in June through to the end of November. 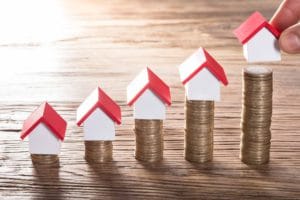 The rebound in housing values has been largely driven by Sydney and Melbourne where values have recovered by more than 8% since bottoming out in May; a much faster pace of recovery than anticipated.

Based on the trajectory of growth, housing affordability is once again worsening and the value gap between the capital cities is widening as Sydney and Melbourne values appreciate faster relative to the other capitals.

Looking at capital city median house values over time, the differential between housing values in the two largest capitals compared with other capital cities has widened quite significantly over the past ten years.

While Sydney has long been the most expensive capital city housing market, there was a short period in 2006 which was related to the mining boom where Perth values shot up to be the highest of any capital; a very different scenario to what we are now seeing where Perth is now the cheapest capital city based on median house values.

To put this into perspective, the gap between the most expensive city (Sydney $956,249) and cheapest house market (Perth $453,393) currently has a difference in median value of over half a million dollars or 111% more expensive.

Ten years ago, the value differential between these two cities was $53,962 (11%), highlighting the changing conditions and diversity of these two markets overtime. 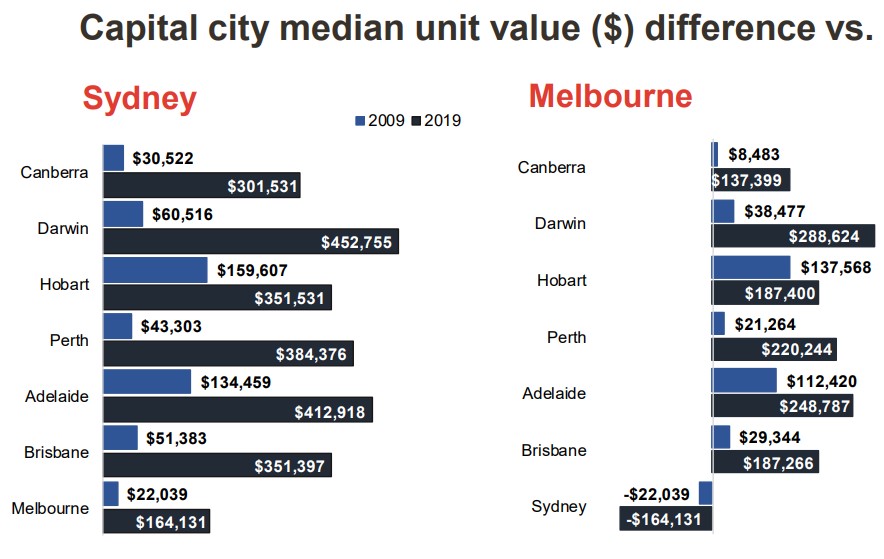 Even when compared to Australia’s second most expensive property market, Sydney’s premium is 24% higher relative to Melbourne’s median house value, with the gap widening since 2009 (11%) as Sydney values increased at a faster pace. 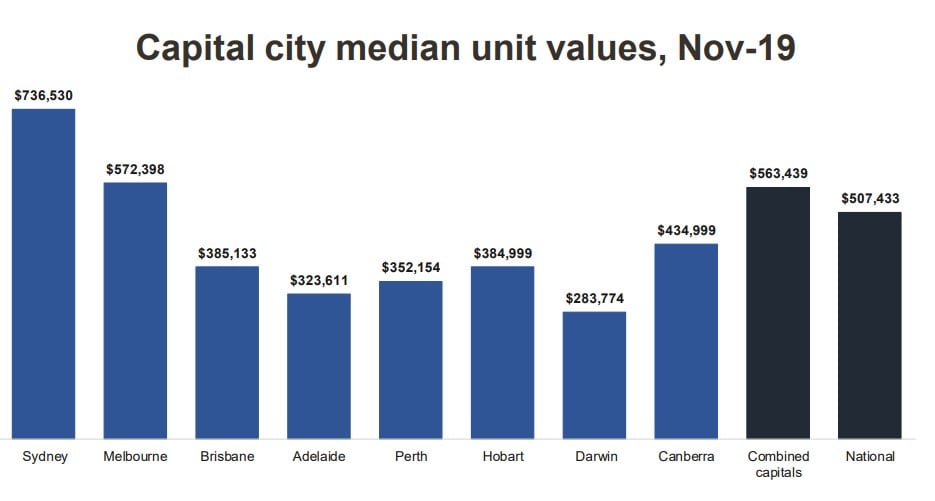 With strong growth across Melbourne over recent years, the city has consistently been the second most expensive property market for some time now, however this was not the case ten years ago when both Canberra and Darwin had a higher median house value and Perth wasn’t too far behind. 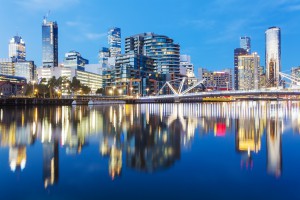 Due to such growth, Melbourne’s gap relative to other capital cities has widen considerably.

Much like houses, the unit market tells a similar story in that Sydney’s unit market is more expensive than the other capital cities.

In fact, Sydney’s median unit value currently sits at $736,530 in November 2019, which is also higher than the median house value of all other capital cities except Melbourne.

While Sydney has consistently been the most expensive unit market overtime, the remaining capital cities have seen the value gap shift. 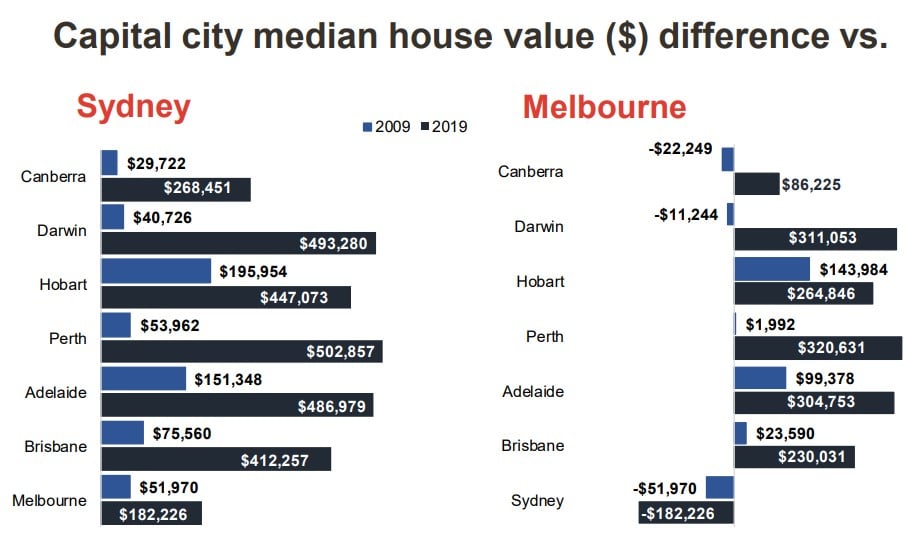 This not only emphasizes the diversity across the smaller capital cities and property types, but in contrast, the continued strength of the larger markets.

If growth continues across the most expensive capital cities this value gap will continue to grow, however, as affordability constraints become more apparent in Sydney and Melbourne, other cities where housing values are more affordable are likely to become more attractive.

A key ingredient still missing from capitals outside of Sydney and Melbourne is jobs.

An affordable entry point to the housing market is less meaningful when job opportunities are scarce.

The past five years has seen almost three quarters of Australian jobs created in New South Wales or Victoria.

More recently this trend has started to shift as jobs growth slows across the two largest states and picks up across some of the smaller states.