Queensland’s population is projected to reach 5 million by May, according to new data published by the Australian Bureau of Statistics (ABS).

This strong growth is likely to translate to a stronger demand for property.

Robert Honeycombe, chairman of the Real Estate Institute of Queensland (REIQ), said Queensland’s property market and the wider economy would benefit from such strong population growth. 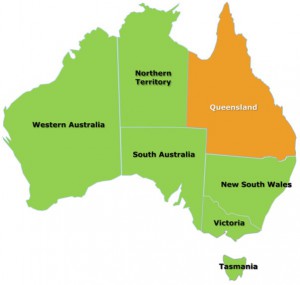 “Queensland grew by 81,000 people last year, and we were the most popular state for internal migration, growing more than any other state in the year to September 2017,” he said.

Overseas migration added 31,000 people to the Sunshine State’s population, which was nearly 40% of all new residents in the year to September 2017.

“Last year, $54 billion of Queensland residential real estate was bought and sold,” Honeycombe said. “Our popularity means demand for housing is growing and this is good news for some of our weaker markets such as the inner Brisbane apartment market and regional Queensland.”

Honeycombe acknowledged that there were pockets where housing supply is tight.

Population growth is placing pressure on markets like the Sunshine Coast and Gold Coast, where prices are rising steadily and vacancy rates are at historic lows.

“These areas would benefit from increased supply and, in fact, both the Sunshine Coast and Gold Coast have additional levels of supply coming to market in the near future,” he said.

“We have known for some time that many southerners are also moving to regional Queensland, seeking a peaceful lifestyle change,” Honeycombe said. “Downsizers and pre-retirees are selling their Sydney property to move to regional coastal towns, such as Bundaberg and the Fraser Coast, to buy waterfront property and a great lifestyle.

“Queensland real estate offers great value and this is why it underpins the state’s economy.

'Population Growth Will Boost Demand For QLD Property' have no comments