The suburbs with the highest proportion of owner occupiers differ in value and tend to have one thing in common – they are well established and in contrast to those proving popular for investors.

Last week’s blog post revealed that many of the most popular suburbs for investors were those that are more recently developed.

In the inner city the suburbs within a 10km of the CBD such as Aberfeldie, has the highest proportion of houses with 90 per cent of these owner occupied. 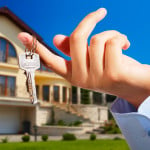 Aberfeldie recently became the first million dollar suburb in the city’s west. Strathmore ranked second with owner occupiers accounting for 88.6 per cent of houses. The top five is rounded out by Kew East, Ivanhoe and Malvern.

In the middle ring of suburbs, those between 10 and 20km of the CBD, there is greater disparity in the prices of suburbs popular with owner occupiers.

Eltham North recorded 94.3 per cent of houses as being owned by their occupiers and second on the list, Campbellfield, had 91.4 per cent. Campbellfield is much more affordable with a median house value of $334,601 compared to $646,869 in Eltham North.

Finally, in the outer suburbs the highest proportion of owner occupiers at 95.2 per cent can be found in Montose. Four of the top five suburbs are in fact are in or near-to the Dandenongs.

Second on the list, Mount Evelyn, has 94.1 per cent of houses owned by their occupiers and Warranwood has 93.8 per cent. Fifth on the list, The Basin, recorded 93.7 per cent.