A number of readers have corrected me on the analysis provided in the original of this post.

As they have rightly pointed out, the ABS labour force data surveys place of residence not place of work.

It’s also been suggested to me that what this means is that the growth in employment showing up in suburban areas really means that people live there but are commuting to work in the inner 5 klm ring of our cities.

I’ll agree with the correction but not with that conclusion.

The chart that shows growth in the labour force by metro region was this one: 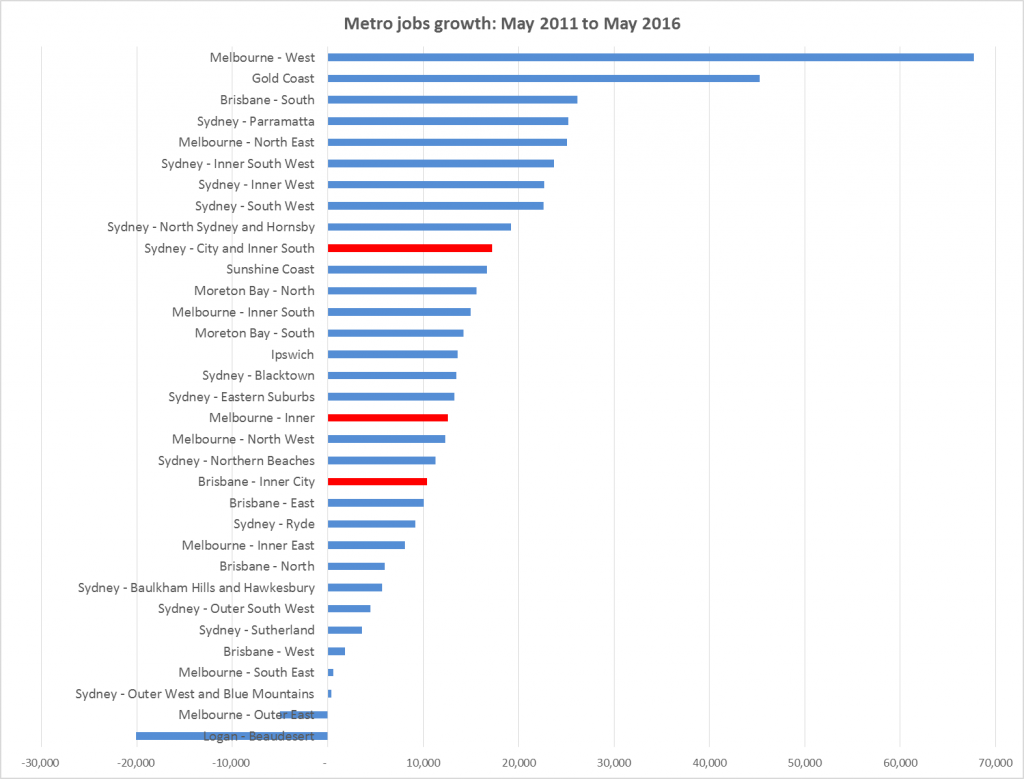 The statistical likelihood of people living in middle or outer areas commuting to the inner city for work is remote and isn’t supported by independent data.

The Census is the most reliable source of information on where we work and I went into analysis of where we work, based on the 2011 Census, back in early 2013.

You can find it here:

“The demography of employment part one: a suburban economy” and also part 2 “Where we work.”

For outer urban regions in this chart like the Gold Coast, Brisbane south, Parramatta, Melbourne north east, Moreton Bay north and south and so on, this means that the proportion of residents commuting to jobs inside the 5 klm ring of the capital is low.

It’s also been suggested to me that the last census (being the 2011 one, which went off without a hitch unlike our latest attempt) is quite dated and that it is probable that this balance of place of residence and place of work has somehow changed dramatically.

So what’s available evidence since the last Census say about any suggested drift of jobs to the CBD and fringe?

In the case of Brisbane, based on analysis of Property Council office market data, it’s not looking good: 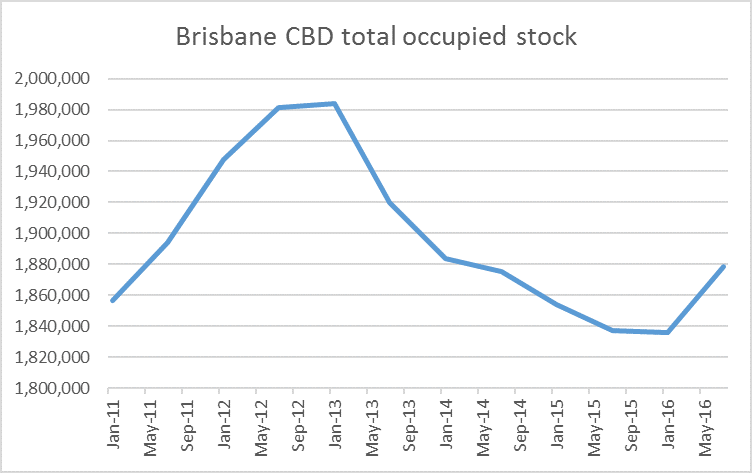 Occupied CBD floorspace rose since the 2011 Census, but from 2013 onward took a dive.

Given the state of the office market now, it is also probable that some of what is technically occupied now is in fact underutilised and not worth trying to lease. Lots of empty workstations.

So at least as far as this indicator is concerned, no evidence of jobs growth well over and above the 2011 picture.

The city fringe market (above) has been more resilient over the same period, possibly picking up some relocations from the CBD but this market is still basically where it was in 2011.

So no evidence here either of rising employment in the city fringe office markets. 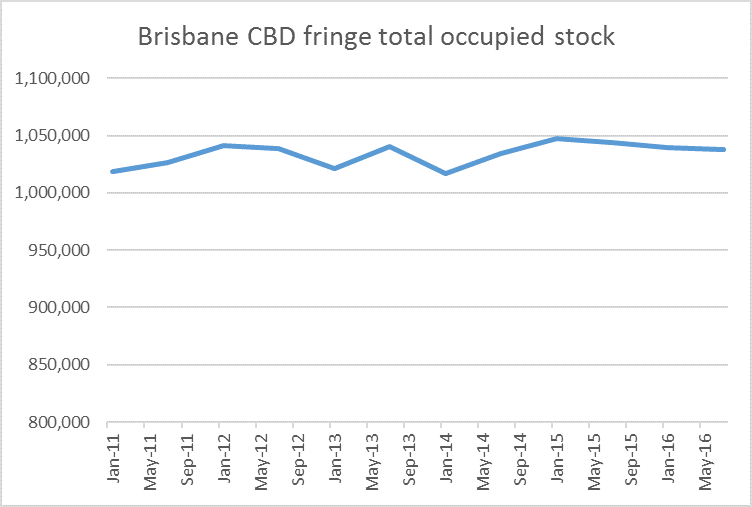 What about business count information as an indicator?

The map below is from Macroplan and shows the change (growth and declines) of business with more than 20 employees in the 2011 to 2015 period.

The orange dots are declines and the green dots growth.

The bigger the circle, the larger the change. 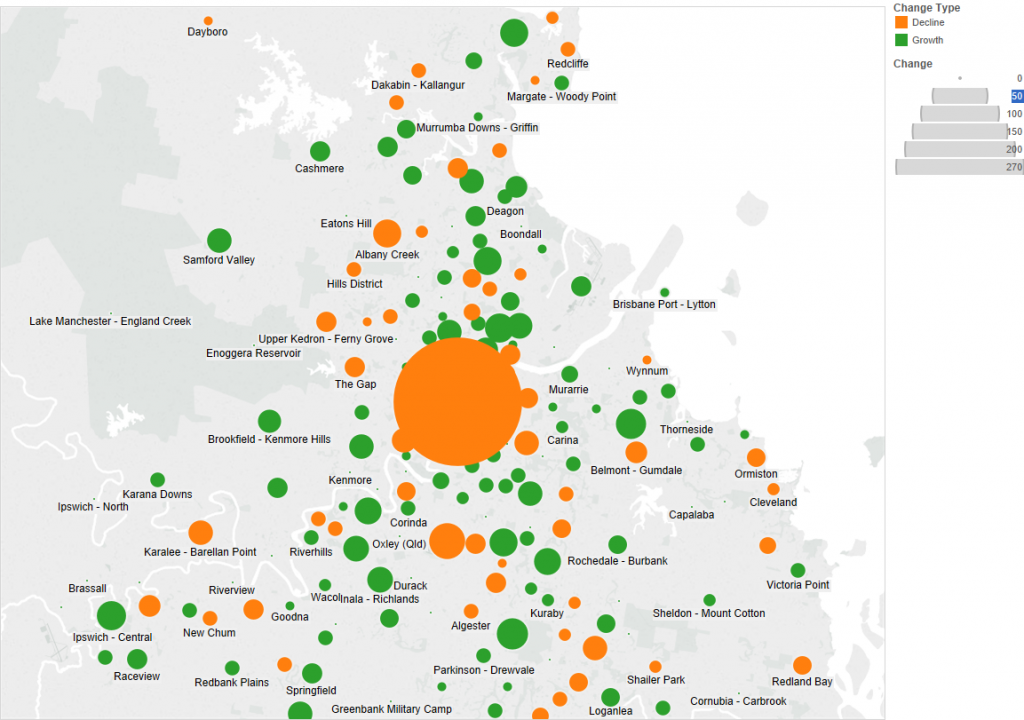 That big orange dot in the middle is the Brisbane CBD, which also aligns with the PCA data.

There is evidence of drift from the CBD to city fringe (see the same map zoomed in below) but the general picture here seems to be one of more growth in middle and outer areas than declines.

If anything, it suggests inner city business have suffered more losses than gains in this period, while the middle and outer suburbs have seen the opposite. 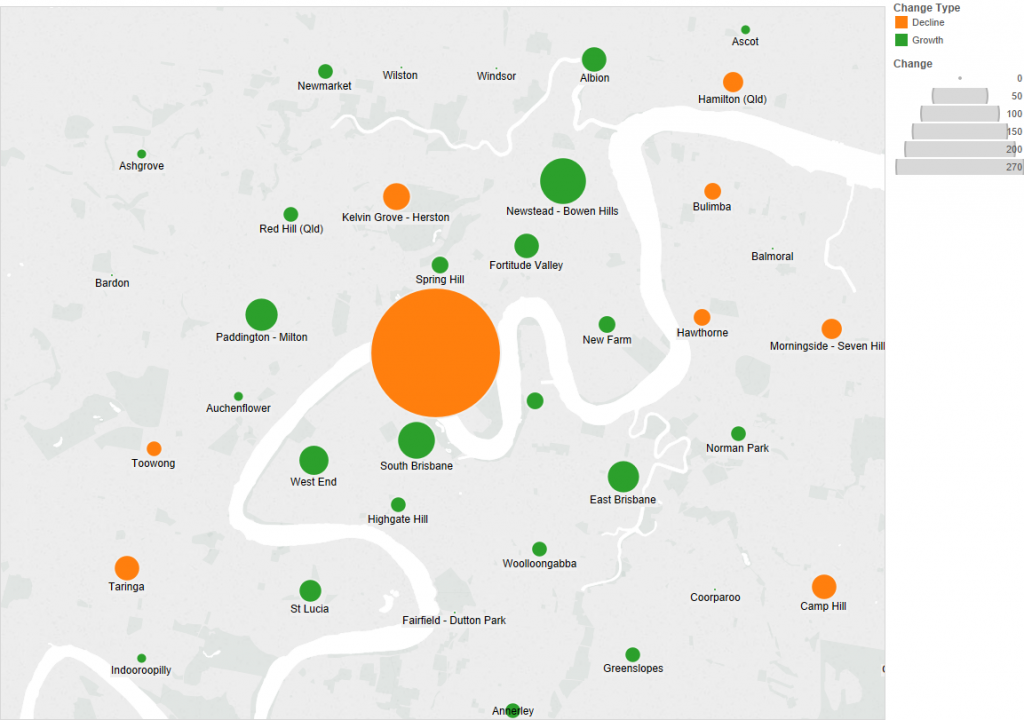 Another set of numbers, this time for the 2013 to 2015 period, again showing business data from the ABS and taking in only the growth side of the equation (ie it doesn’t map the losses) for all ‘knowledge worker’ industry classifications of more than 5 employees.

First the Sydney picture to hammer home the incredible recent performance of this economy, and for the tendency in this city at least to be driven by a concentration of high end professional service businesses, many in the inner city: Sydney, I maintain, is atypical. It is becoming ‘HQ Australia’ and our primary international dealing desk.

There is a lot of suburban business growth but equally there is a hot bed of action in the CBD, particularly of large firms (green or red in these maps).

The Brisbane story by contrast is different: 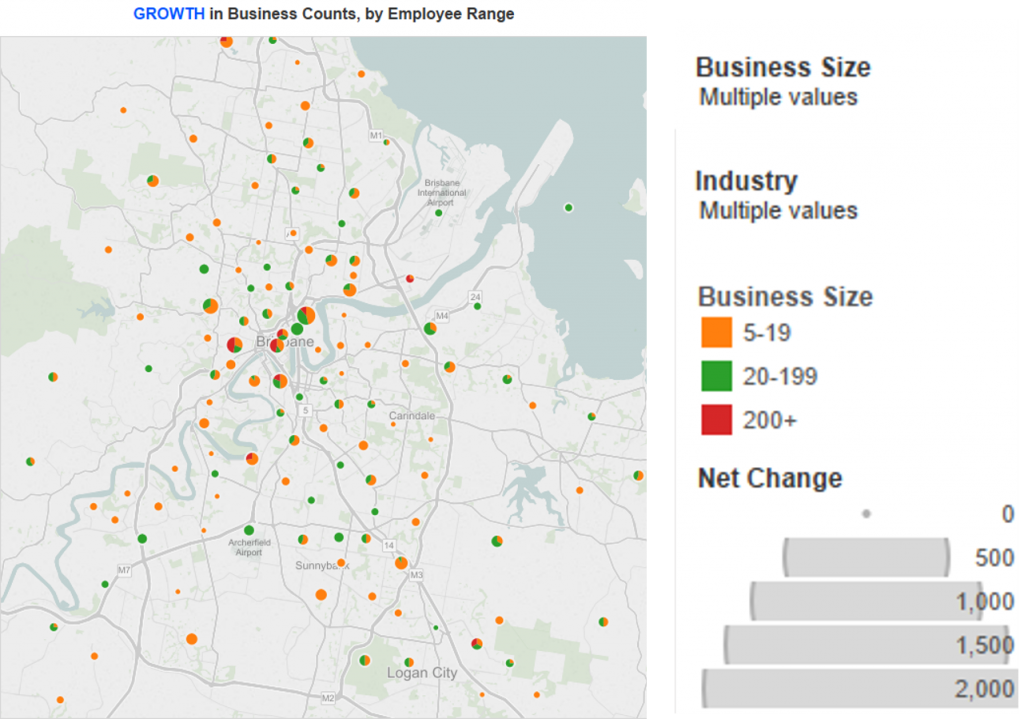 The conclusion is that I’m still unconvinced by the supremacy theory of the 5 klm ring which holds that in the new economy, all the action’s in the inner city.

This, we are assured, is where all the high end jobs are going and “where everyone want to live.’’

The suburbs are viewed with a tinge of disdain as places of lesser economic opportunity and lower quality living. 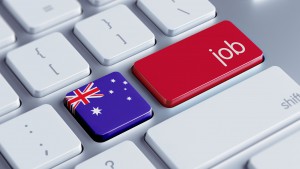 To me, the evidence is pointing to a suburbanisation of employment, aided by advances in technology and also because the nature of work in the economy is changing.

The biggest driver of jobs growth is health care and related jobs.

This does not just mean surgeons practising in inner city hospitals but also includes the many more professionals, semi-professional and even low skilled workers occupied in everything from aged care to medical centres to skin clinics or podiatrists.

These new jobs are not centralised and gain little to no benefit from large scale clustering.

They will look for places to work from in suburban locations – near to where their clients are.

The evidence continues to point to changes in the patterns of employment in our cities.

We can either choose to consider all the available evidence and ask “what is this telling us’’ or we can rely on confirmation bias and refer to  evidence that supports our pre-existing theories while largely discounting the rest.

What is surprising about this discussion are the sensitivities that surround it.

I suppose it’s because this evidence challenges many of the presumptions about inner urban supremacy which are the foundation of much of our planning and urban management and infrastructure allocation. 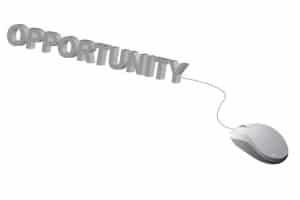 The debate won’t be settled until the 2016 Census data is released but my bet is that the ratios of inner city employment to metropolitan wide employment will not have grown strongly in favour of the inner city.

They may even have contracted.

We only have nine or ten months to wait and find out.

Anyone up for a $5 scratchie on the outcome?

'Peak CBD part II: more on where the urban jobs are going…' have no comments