This is a critical function because without it, society would fall into utter chaos. 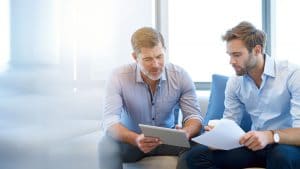 You must become a success mentor.

About 24% of the self-made millionaires in my Rich Habits Study had success mentors.

Their mentors taught them what to do and what not to do, which helped them avoid costly mistakes.

They also served as advisors, helping to guide them in making the right decisions/choices in life.

As I mentioned, only 24% of the self-made millionaires in my study were fortunate to have had a mentor.

That is because finding a mentor is hard.

Seventy-six percent of the self-made millionaires in my study did not have any mentors.

As a result, they had to figure out things the hard way, through the school of hard knocks.

The school of hard knocks lengthens the success journey due to costly mistakes made along the way to gaining wisdom.

Which brings me to parents.

Parents are often the only shot most of us get at having a mentor in life.

The fortunate few who are raised by success mentors, achieve unusual success in life. 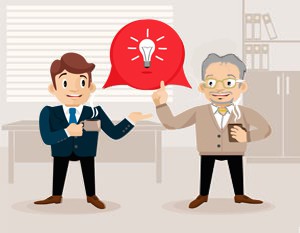 He was mentored by his dad.

Many probably don’t know that Bill Belichick’s father was a football coach for Navy for 33 years.

At age three Bill could be found on the knee of his father watching film of Navy football players.

Bill was mentored by his dad.

Parents are in a very unique position. 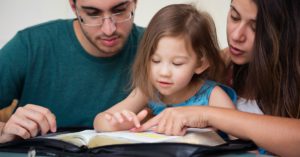 They have the opportunity to be success mentors to their children.

All they need is knowledge.

In my Rich Habits research, I found few books that taught parents how to raise millionaire children.

So, I decided to write one – Rich Kids.

Parents who become success mentors to their children teach their kids what to do and what not to do.

They help guide them in important life decisions and choices.

Imagine if every parent decided to become a success mentor to their children.

What a very different world it would be.