More Aussies want to retire than ever, but have less to retire with. 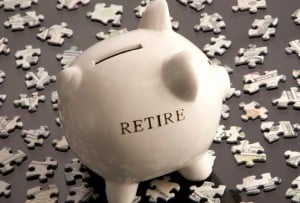 Negative factors like the decline in the current share market and house prices currently impacting household wealth, combined with uncertainty around the future of franking credit refunds and negative gearing, have the potential to delay retirement decisions in order for potential retirees to build up sufficient wealth.

These are some of the latest findings from Roy Morgan’s Single Source survey which is based on in-depth interviews conducted face-to-face with over 50,000 consumers per annum in their homes, including over 400 who intend to retire in the next 12 months.

These latest results are based on interviews conducted in the 12 months to September 2018.

How ready are intending retirees to fund their retirement?

It is important to understand how well equipped those intending to retire in the next 12 months are to fund their retirement and the role superannuation and other investments will play.

Currently the average gross wealth (total assets excluding owner-occupied homes) of intending retirees is $331k, up from $237k or 40% since 2008.

Financial Position of Intending Retirees in Next 12 Months*

A major problem facing the Australian government and individuals is how to fund the retirement of an ageing population.

Superannuation, through its tax concessions and compulsory nature, has been the main vehicle for trying to achieve this and is having some success but is still falling well short of funding the retirement of those currently intending to retire.

In the near term this shortfall is likely to continue as stock markets are facing considerable downward pressure and as a result will reduce the growth of superannuation funds.

Up to now, superannuation has been playing an increasing role in retirement funding and currently represents 69% of the gross wealth of intending retirees, up from 53% in 2008.

Although the average debt level for this group is currently only $26k, it does reduce their average net wealth to $305k, which is generally inadequate for self-funded retirement.

The overall conclusion from this is that intending retirees will be relying on government benefits for some time yet, given the fact that the Association of Superannuation Funds of Australia (ASFA) estimates that an individual would need $545k and a couple $640k for a ‘comfortable lifestyle’.

Given the very low interest rate at the moment and the level of economic uncertainty, the amount required to fund retirement is likely to rise well above these levels. This is not only likely to negatively impact the proportion that become ‘self-funded’ retirees but has the potential to delay retirement decisions.

Although owner-occupied homes are generally not considered to be part of retirement funding, their potential is obvious given their high value compared to retirement savings levels.

We have seen that the average net retirement savings per person for those intending to retire is only $305k, well below what is required.

A clear majority (76%) of these people currently either own or are paying off their home with an average value of $850k, or nearly four times the average held in superannuation.

Not only have owner occupiers got a large potential source of retirement funding but the average value of their homes has increased by 58% over the last ten years compared to only 37% for other investments.

It is likely that as home values are currently declining that even home owners will feel less confident about their retirement funding.

“The average level of savings and superannuation for those intending to retire in the next 12 months is well below what is required to be able to lead what ASFA describes as a comfortable lifestyle. This will put more pressure on government funding for some time yet unless there are changes to eligibility rules, taxation or superannuation regulations.

“Additional pressures currently on retirement decisions are the declining real estate and stock market values which have the potential to delay retirement and encourage people to keep their jobs longer.

“Intending retirees who own or are paying off their home have a major potential source of retirement funding, and with its tax exempt status, they have a considerable advantage over renters, even if values decline. To include the value of homes in retirement funding decisions is likely to take a major mind shift for many as the home is generally regarded as being sacrosanct and as such not to be involved in retirement funding.

“This analysis only uses a small part of the data collected over two decades on the financial position of Australians of all ages, life stages, employment status, income, attitudes etc. To find out more about retirees and intending retirees, ask Roy Morgan”.