Do you use your credit card to gain rewards points? 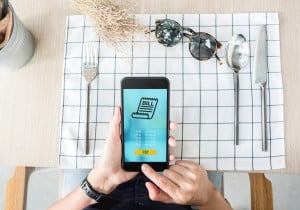 But I was shocked to recently red that over 1.7 million Aussies made over $1 billion on purchases they didn’t ‘need’ in the past year to gain rewards points .

How much money did they waste?

The research shows credit card holders who admitted to this type of spending wasted $530 each on average in the past 12 months and a handful admitted to spending close to 10 times this amount.

Aussies were most likely to splurge on clothing and accessories in order to earn rewards points, followed by dining out and groceries.

“These people are being enticed by the notion of earning rewards points which they can later redeem. But if they’re not careful they could be overextending themselves,” she said.

“With the incentive of a reward some cardholders spend more than they normally would which is counterintuitive.

“Credit card rewards do add up for big spenders but splashing out up to $500 more than you would otherwise in a year, is not going to give you much bang for your buck.

“Consumers could be better off making sure they pay off their credit card in full each month and buying the reward with the savings they would have otherwise paid in interest.”

Hassan said it is also important to know what annual fees and interest rates are associated with credit card rewards programs which could quickly erode the value of any rewards.

“While rewards cards can be a good way to unlock value and gain access to extras like flight upgrades, cashback and even fuel vouchers, they do come with fees attached.

“Some rewards cards charge as much as $450 in annual fees so you need to be sure that the value of the reward you get will more than outweigh any costs.

“When reviewing different rewards programs, you should also consider the points per dollar value, the point expiry date and any bonus point offers that apply,” Hassan said.

'Are you one of the 1.7 million Australian’s who made over $1billion in needless purchases?' have no comments