Here’s a quick 45-second look under the hood at the latest jobs figures.

No wonder Melbourne’s population has been booming, as its construction boom saw the creation of 48,500 new employed persons on a net basis over the third quarter of the calendar year.

So much for immigration limiting opportunity, Victoria is really firing it up (note to ScoMo’s social media team: do not run with a Busta Rhymes gif). 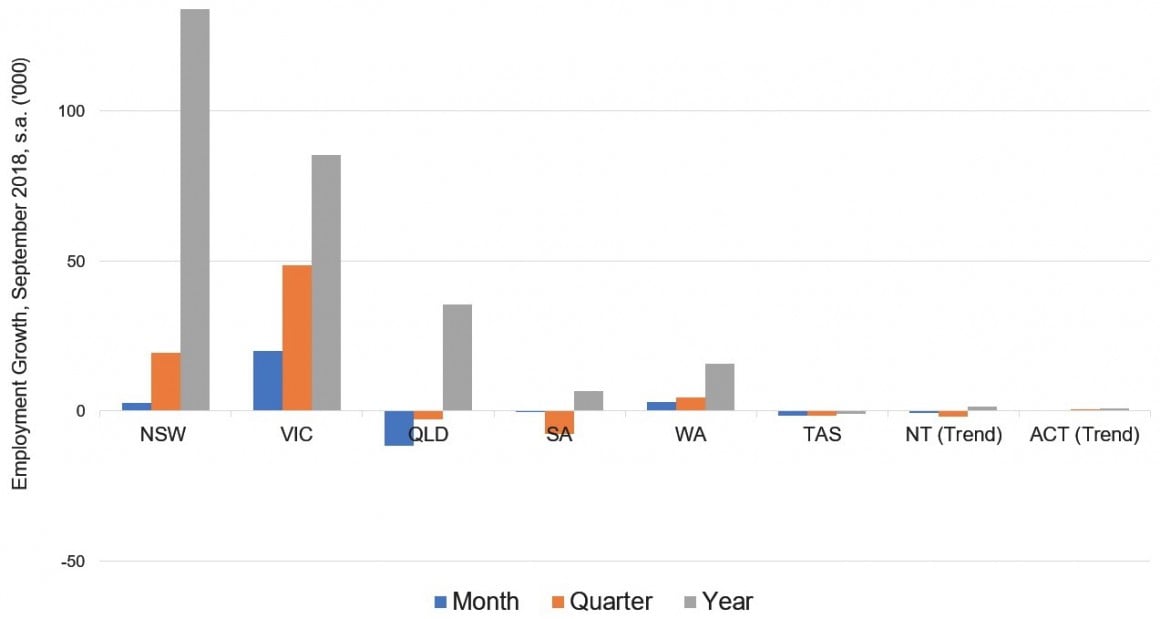 This helped to keep trend annual employment growth at 290,600 or 2.4 per cent, well ahead of population growth at about 1.6pc per cent.

Pleasingly, full-time jobs have accounted for about 7 in 10 of the new jobs, on a net basis. 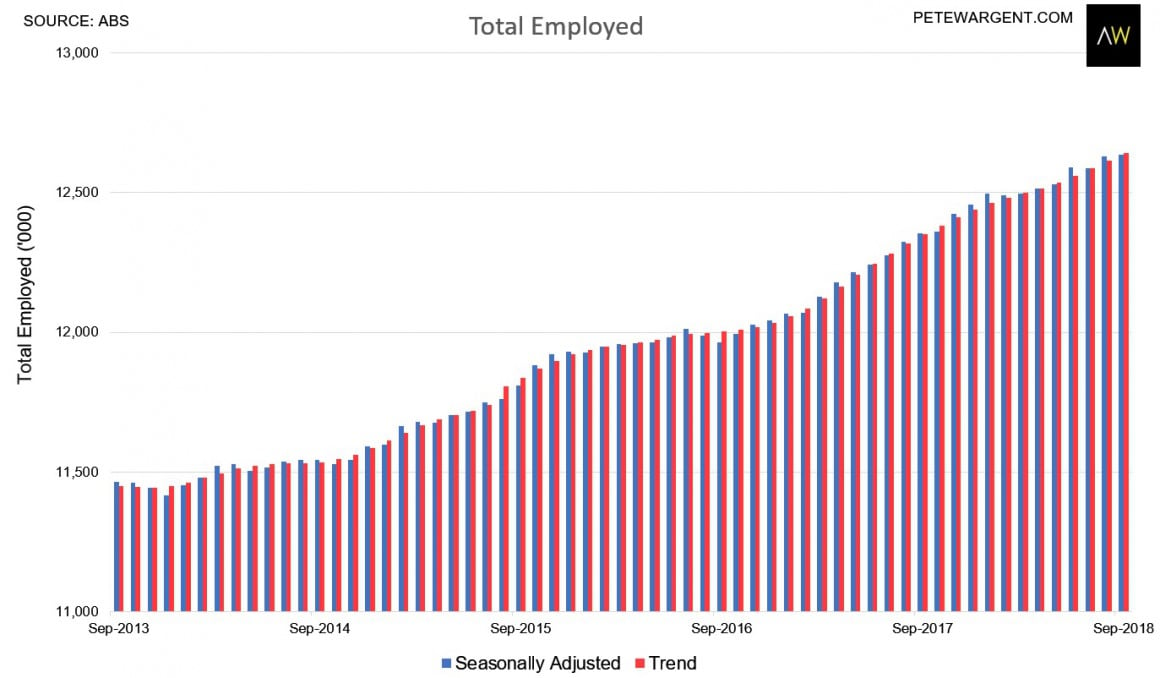 There has been a corresponding marked decline in the trend number of unemployed persons in Victoria of well over 40,000 over the past year as the labour market clicks into gear.

Three decades earlier the population of Australia was 16.6 million, and today it is more than 50 per cent larger at a tick over 25.1 million.

The good news is that there aren’t 50 per cent more unemployed persons, largely thanks to the improvements recorded lately in Sydney and Melbourne. 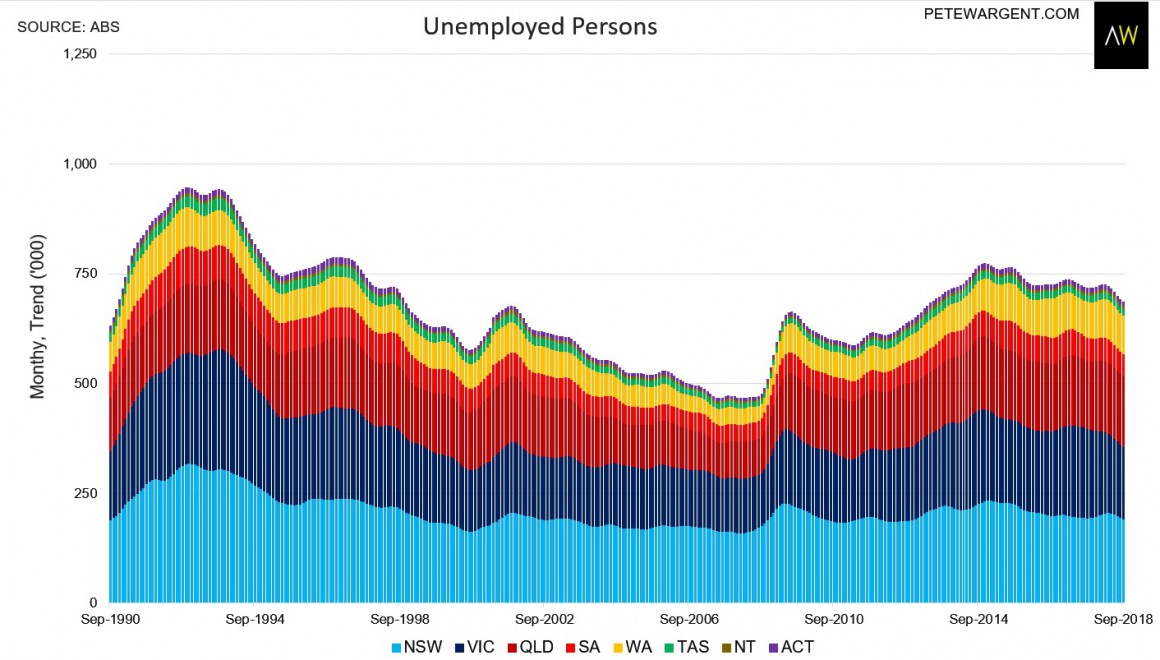 A Federal Budget surplus is a shoo-in based on these figures, likely awarding the Coalition one final Hail Mary pass to turn around their abominable performance in the polls. 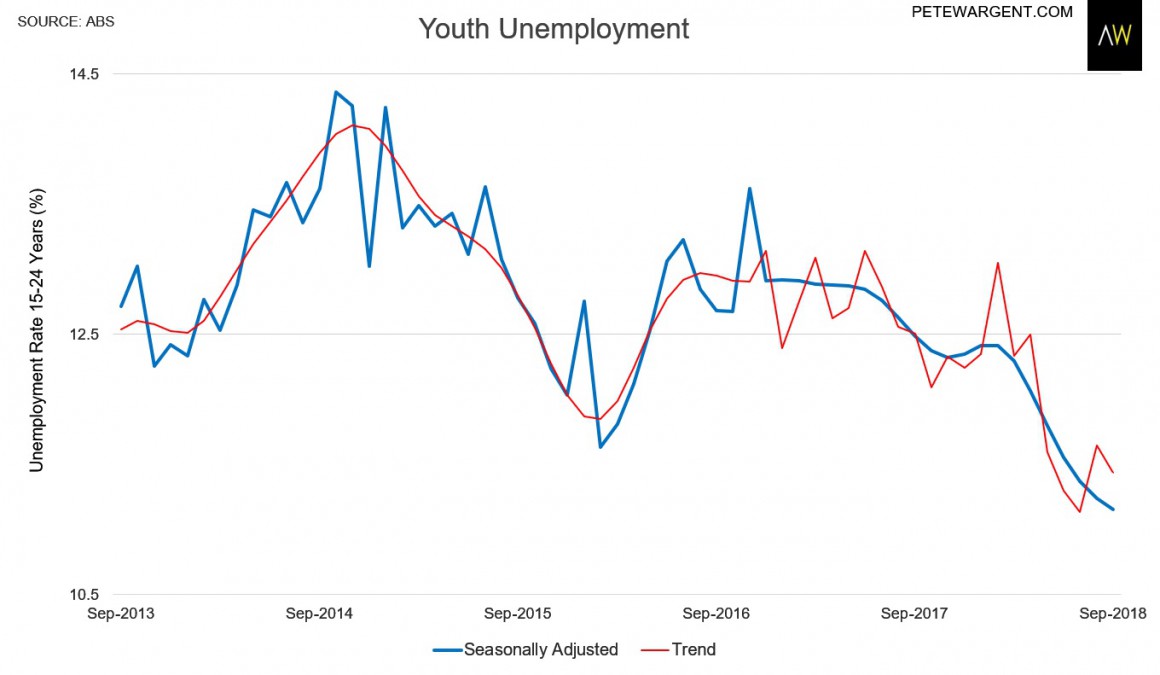 Last of all, and for my money the weakest part of the release, the annual growth in hours worked was muted to say the least, now sitting below 2 per cent.

Too many box-tickers, perhaps!

'No wonder Melbourne’s population is booming: Victoria’s Secret' have no comments