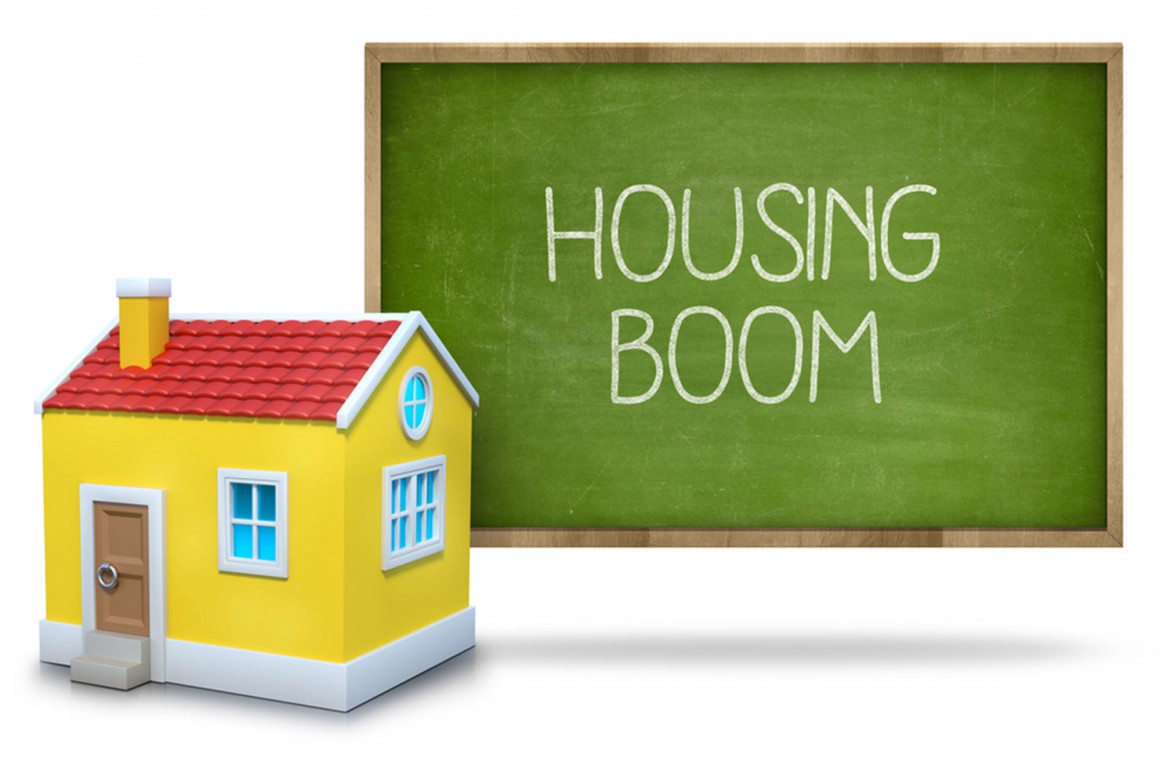 The property boom we recently experienced in Sydney and Melbourne ended about a year ago.

Remember the headlines not that long ago? 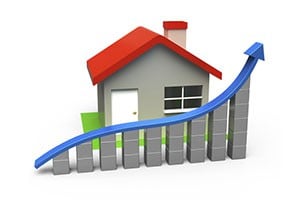 Sky high auction clearance rates and fear of missing out pushing up prices of any property that was put on the market.

But how does this compare to previous property booms?

Earlier this year CoreLogic dissected our housing cycle over the past twenty years into five year increments which revealed some interesting facts.

Firstly, comparing the last 5 years with previous market cycles showed that the increase in property rises we experienced were not as strong as some markets delivered in previous cycles.

While Sydney’s property values increased 64.4% over the 5 years to January 2018 and Melbourne dwelling prices increased 56.4% in the same period, the graphs below will show you how certain markets eclipsed these rates of growth in past cycles.

The following charts show that over the last two decades each region had its turn in the sun.

They also show that at some point in every cycle it was easy to find a reason why property values would stop rising, but looking back over the last 20 years a couple of trends stood out:-

We experienced a housing boom at the turn of the century, but I clearly remember that when GST was introduced by the Howard government in July 2001 many commentators suggested this would decimate the construction industry and stall our housing markets as new homes and apartments would become disproportionately more expensive than established properties which carried no GST. 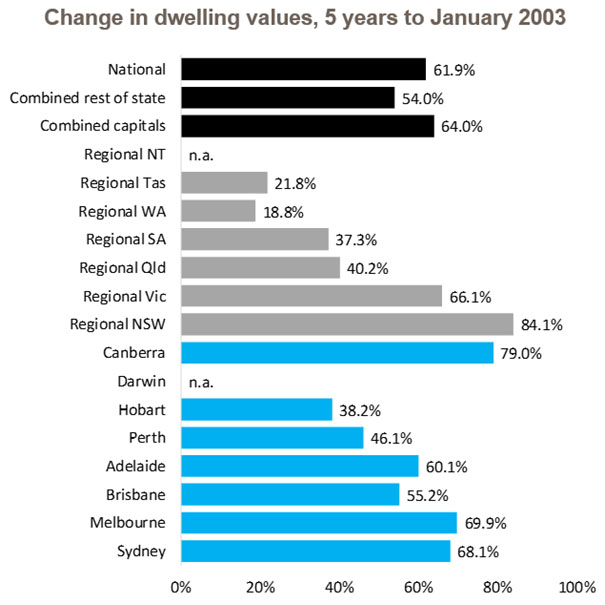 The next 5 years were the early stages of Australia’s great infrastructure and mining boom causing property values to explode in areas related to the resources sector.

Dwelling values more than doubled in regional Western Australia (120.7%) as well as in Perth (102.0%) where house prices were almost as expensive as in Sydney.

As you can see form the graph below, regional property markets outperformed capital city markets during this 5 year period.

But no one could see the impending Global Financial Crisis that was going to change everything, as the seeds were being sown by the looming subprime loan crisis in the USA. 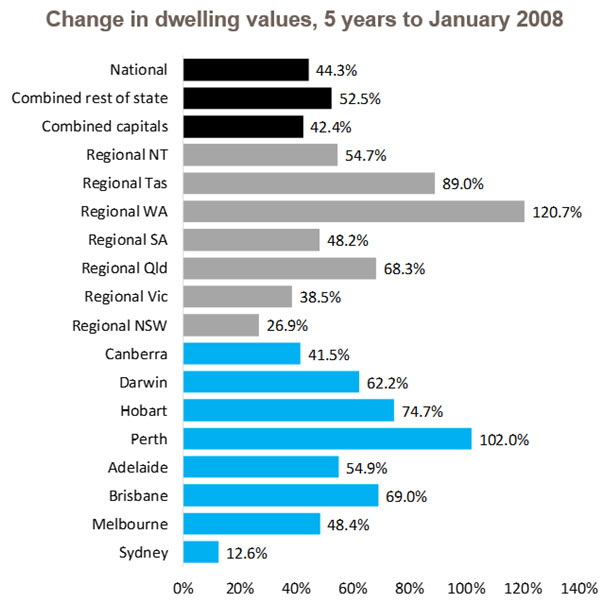 The GFC influenced this 5 year period of low growth of Australian house prices, but despite the worst world economic downturn since the great depression, government intervention with low interest rates and first home owner grants buoyed our housing markets. 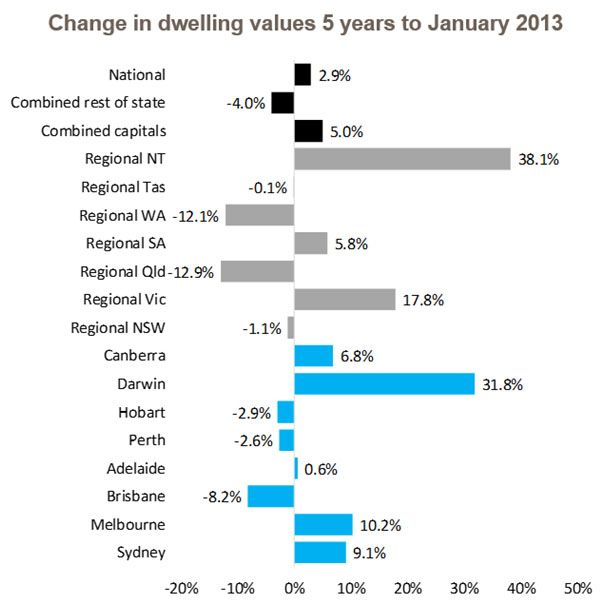 Despite their falls over recent months, the Sydney (+64.4%) and Melbourne property markets (+56.4%)were the darlings of the last 5 year period while Perth and Darwin were still smarting from the fallout after the mining boom. 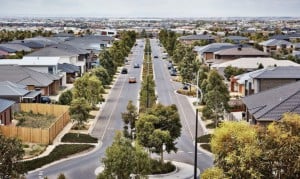 And once again the capital cities markets outperformed regional property, reflecting the strong economic and population trends of the current times.

Interestingly, unlike previous cycles which were brought to a halt by rising interest rates, this market slowdown has been caused by a “credit squeeze” – the lack of availability of finance, particularly for investors following APRA’s introduction of macroprudential controls over the last few years. While most real estate investors worry about the value of their properties today, particularly in light of our falling property values in some of our cities, in my mind a much better question would be “where will property prices be 5 years or 20 years from now?”

And the good news is history suggests that the value of well-located capital city properties will continue to increase in value driven by our rising population and the wealth of our nation.

STAY AHEAD OF THE GAME