Another scary headline in the news this week: Nearly one million mortgage holders experiencing “mortgage stress”

But when you read more into the stats, things aren’t nearly as bad as they may seem. 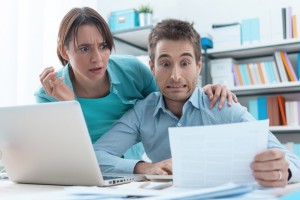 Over the last 12 months there has been a decrease in the estimated number of mortgage holders considered to be ‘At Risk’  and those ‘Extremely at Risk’ .

New research from Roy Morgan using a formula that takes into account household income, costs, and mortgage repayments classifies 20.8% (949,000) of mortgage holders as in ‘mortgage stress’.

Despite this being a marginal improvement from 12 months ago when it was 21.3% (974,000), the current level remains high and would present difficulties if there were an increase in mortgage rates an increase in costs or an increase in unemployment.

But here’s what most commentators are forgetting…

With the economy being sluggish, property values falling, minimal or no wage growth and a federal election around the corner, there is no reason for the RBA to raise interest rates in the near future, or in fact in the medium term.

And as for rising unemployment, we’re creating more jobs then we ever have – so that should be an issue leading to mortgage stress.

Clearly a number of households have extended themselves  financially, but there are very few households in mortgage arrears – which is different from the above definition of stress.

But when you read about Mortgage Stress that’s different thing to not being able to pay your mortgage, it’s a reflection of the percentage of your income required to pay your  mortgage payments.  but we know Australians will do anything to hang onto their home –  they would rather eat dog food than give their home’s back to the bank.

Decrease in ‘At Risk’ and ‘Extremely at Risk’ mortgage holders

Roy Morgan report that over the last 12 months there has been a decrease in the estimated number of mortgage holders considered to be ‘At Risk’  and those ‘Extremely at Risk’ .

“Our research shows that although fewer people have a home loan compared to 12 months ago, the average balance of their loans hasn’t declined. This indicates that loans aren’t being paid off quickly, potentially as a result of low interest rates and the use of redraw facilities to use funds for other purposes. 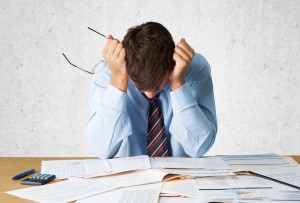 “The decline in the level of mortgage stress over the last 12 months is due to a marginal increase in the after tax household income as a result of reduced tax rates and a small reduction in the average standard variable rate from the RBA.

“With the potential for a number of major events to impact mortgage stress levels, such as the Finance Royal Commission, interest rates and declining home prices, the future direction of mortgage stress has considerable uncertainty.

“When rates eventually rise, existing mortgage holders who have borrowed in a low interest rate environment are likely to face increased levels of mortgage stress. The final impact however will also be determined by what happens to household incomes, which are currently showing very modest growth.

“To understand more about mortgages in the full context of household finances, ask Roy Morgan.”