Were you a good saver when you were I child.

I know I wasn’t, but maybe things have changed?

New research from the Roy Morgan Young Australian Survey reveals that nearly 77% of kids aged 6-13 have money saved up . 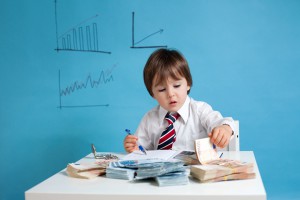 However, boys on average have an extra $11 saved compared to girls.

Boys have higher savings despite less of them saving

This is an extra $11.22 boys have saved on average compared to girls.

Yet more girls are saving than boys, with girls being 4ppts higher than boys for saving.

Base: Australians 6-13. Pocket or Chores Money, Money earned for paid work, and extra money for school expenses are weekly figures; Money received as gifts for birthdays, Christmas or from relatives are annual.

When it comes to children it’s important to teach them the value of decision making.

While there are some decisions they are not ready for, kids are most likely to mainly decide on breakfast cereals, brands of sweets, shoes, and types of spreads like peanut butter and jam.

The decisions kids have the least say in are dinner choices, mobile phone, vegetables eaten, and which make up they have bought for them.

“Young Australians (aged 6-13) these days are an extremely influential group. They not only spend their own money, but play a large part in influencing the purchasing decisions of other members of the household over a range of products. As this influence grows the market has become more 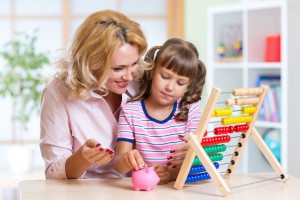 ”The value of saving is an important lesson kids learn, and the means in which to save are important. This was last explored in 2016where we reported Aussie kids were saving more than ever, but girls were lagging behind boys. In 2017, girls earn more pocket money or money for doing chores, and for school expenses like pens and pencils, and helping around the house.

“Yet on average boys are receiving more for birthdays, Christmas, and gifts from relatives. Whether girls need to write an angry complaint to Santa or not, they should be proud of the fact that more of them are saving than boys, which will hold them in good stead for the future and make them able to purchase the items and toys they truly desire.

“Decision making is another important skill kids acquire, and it starts at an early age when they get 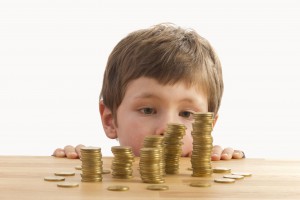 to decide what they want for breakfast. Kids are most likely to mainly decide on breakfast cereal and spreads, and they are also more likely decide on which shoes they wear for school or sport, and which sweets they want when they go shopping.

“At dinner time however, mum and dad reign, as kids get less of a say as to what they have, as well as which vegetables they get to eat. And no phones at the table – or mum won’t give you her old one when she gets a new one.

“The Understanding Young Australians Report looks at all aspects of a young Australian’s life. With ongoing surveying you can see how their attitudes and activities have changed over time. Included in the full report you will receive findings on the time they spend on activities; mobile phone usage; what they think; their media consumption and finance and retail habits.”

'More girls save money but boys receive more' have no comments