Melbourne is facing enormous undersupply issues and, therefore, dramatic housing unaffordability which will only get worse if nothing is done to address the situation.

Analysis by RiskWise Property Research shows immense population increases, and lack of dwellings suitable for families in the pipeline, is likely to create strong long-term growth in prices.

Plan Melbourne 2017–2050 forecasts the city will need 1.6 million new homes over the next 35 years with demographer Bernard Salt predicting the Victorian capital city’s population will skyrocket past five million by 2021 and past eight million by 2050.

The futurist also anticipates Melbourne could eclipse Sydney as Australia’s most populated capital by 2030. 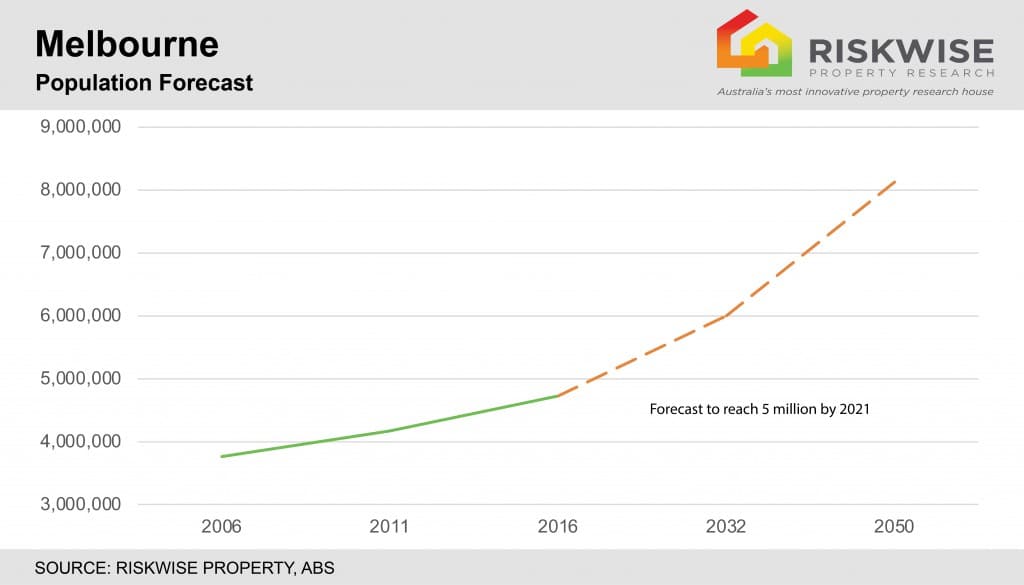 According to ABS data, Melbourne is Australia's fastest-growing city and recorded its highest-ever net annual population increase of 125,000 with very high growth rate of 2.7 per cent (2016-17).

Plan Melbourne 2017-2050 states: “Issues that need to be addressed include: housing affordability, the types of housing available to cater for different household needs and lifestyles, and the provision of medium- and higher-density housing close to jobs and services”.

The sharp rise in dwelling prices in Melbourne, particularly over the past few years, was due to the undersupply of properties suitable for families, meaning supply had been unable to keep pace with strong demand.

The current slowdown in the Melbourne property market was only temporary and was not a sustainable solution to the housing affordability issue.

Unless measures are undertaken to boost dwelling commencements and supply of dwellings that are suitable for families, housing affordability cannot be adequately addressed.

Although Plan Melbourne states there has been a significant shift in the type of housing built across Melbourne, with an increase in the proportion of medium and higher-density housing,

particularly in middle-ring suburbs such as Doncaster and Box Hill, especially for high-rise apartments, the supply of family appropriate, medium-density housing must be increased.

This imbalance in dwelling construction has been a major contributing factor to housing affordability challenges, remembering that rental properties and owner-occupied ones are not fully substitute products.

Although there was oversupply in Melbourne’s unit market these were not popular with owner-occupiers looking for larger dwellings.

Also, if Labor were to win the next Federal election and introduce reforms to both negative gearing and capital gains tax, this will see a further result in a reduction in dwelling commencements unless measures are taken to encourage new supply. 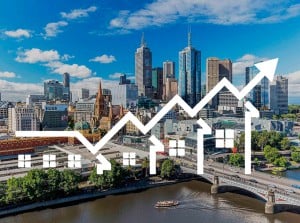 Housing unaffordability and its connection with housing supply was recognised in 2008 by a Select Senate Committee on Housing Affordability in Australia stating, ‘the sharp increase in house prices in Australia reflects the fact that the supply of housing has been unable to keep pace with strong demand’.

In the long run, rising demand won’t result in much higher house prices if more housing can be built.

Rapid population growth in Australia in the 1950s was matched by record rates of home building, and house prices barely moved.

The Victorian Government’s Plan Melbourne 2017-2050 aims to tackle the issue by facilitating an increased percentage of new housing in established areas to create a city of 20-minute neighbourhoods close to existing services, jobs and public transport, as well as provide a range of housing types in growth areas, among other moves.

Without a strategic and comprehensive solution it was likely prices would escalate.

We advocate increasing density in middle-ring and outlying areas of the cities, provided there are adequate transport solutions, re-zoning in key transport corridors and train lines, to access employment.

Other measures should be undertaken at the state level, particularly in relation to planning, greenfield land releases, rezoning with a more co-ordinated approach between the states and the local governments.

In addition, all tiers of government should provide incentives for meeting pre-approved development targets and increasing dwelling supply.

Measures should also be implemented to accelerate the planning and approval processes and to incentivise local governments that development meet pre-agreed targets in relation to dwelling supply.

Allocation of significant funding to infrastructure upgrades in many urban and regional areas in the 2018 Federal Budget would have a positive impact on dwelling supply.

These include major projects such as the Melbourne North East Link (the federal government has committed $1.75 billion to Victoria’s largest ever transport project), the rail upgrade in Monash ($475 million has been allocated to the planning and pre-construction work), and the first stage of the North South Rail Link, connecting two of the busiest commuter rail lines in Sydney.

Governments should also be encouraged to increase land supply release and development through co-ordinated strategy and targets.