There is little doubt that the heat is coming out of the Sydney and Melbourne property markets. 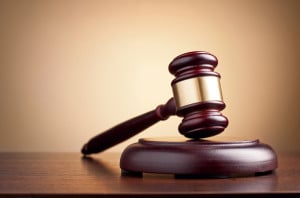 APRA seems to be having its way and the market is slowing on the back of tighter lending restrictions, higher interest rates and mass media coverage of the changing market sentiment.

Auction clearance rates – the numbers of houses that actually sell when they go to market – are falling.

This is causing some commentary about the market peak, with predictions of falling property prices ahead.

But this begs the question…

How low do auction clearance rates need to fall before we worry?

The number of homes taken to auction last weekend increased to 3,086, up from 2,858 over the previous week, while the preliminary clearance rate of 66.6 per cent is down from 67.4 per cent last week, making this week the second lowest clearance rate recorded all year.

The clearance rate has now been below the 70 per cent mark for 6 weeks in a row.

Over the corresponding week last year, the clearance rate was 69.3 per cent and 3,231 auctions were held. 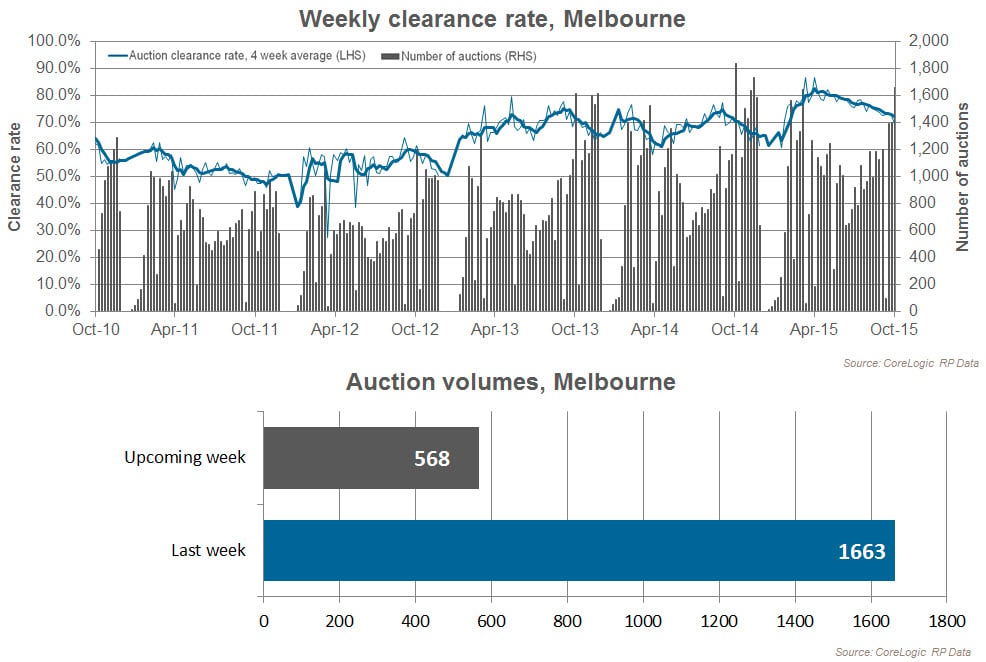 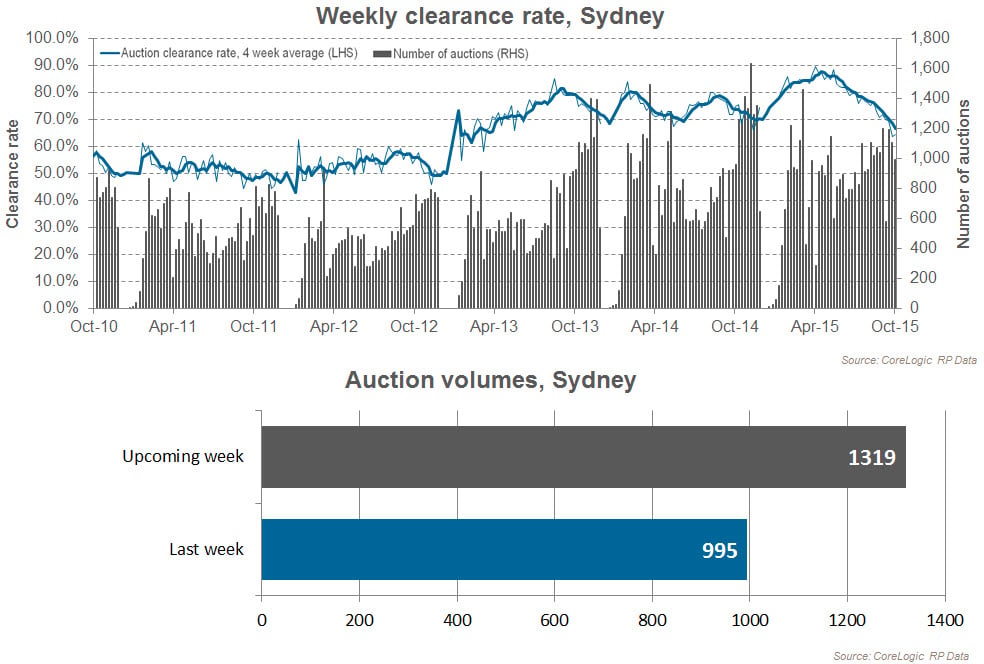 Do we need to worry?

“Hardly,” writes Deutsche Bank economist Phil O’Donaghoe in a note to clients according to Business Insider who report that O’Donaghoe has run the numbers and argues that, historically at least, the clearance levels are still way above where they’d need to be for housing prices to start reversing.

The clearance rates he says to watch for in both markets that historically accompany a fall in prices year-on-year, are: 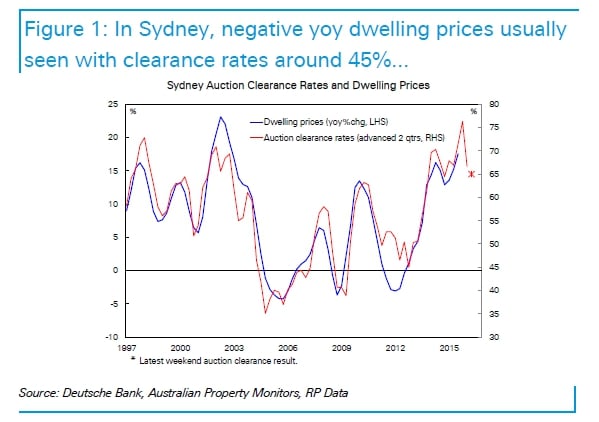 Some slowing should in fact be a source of comfort, and current clearance rates aren’t even close to suggesting outright falls in dwelling prices in either city.

As Figure 1 shows, negative year-ended out-turns for dwelling prices in Sydney have historically been associated with clearance rates around 45%.

In Melbourne, the comparable figure is around 55% (Figure 2).

As the charts show, current auction clearance rates are consistent with growth of around 15% in both cities.

That said, softer auction clearance rates – if sustained – do suggest that the pace of dwelling price growth has almost certainly peaked in Sydney, and is probably close to peaking in Melbourne.

So our markets have slowed down, but they’re hardly crashing – there’s still plenty of life left in the Melbourne and Sydney property markets.

'How Low Do Auction Clearance Rates Need To Go Before We Panic?' have no comments