There is a popular phrase that is poisoning our minds when it comes to how we think about money. 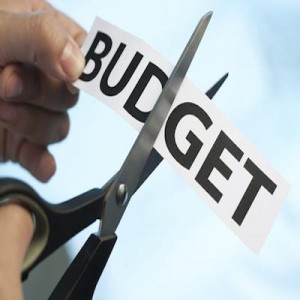 Are you dooming your finances to fail by using these words?

I’ll cut to the chase, the phrase is:“I can’t afford it”

It’s usually used as an excuse and it looks like this:

So, what’s the problem with saying you can’t afford something if you can’t?

It’s a problem of perspective and attitude.

You Can Afford It

I know you can’t always technically afford it, but usually when someone says they can’t afford something, what they really mean is:

I would rather afford something else. I choose to spend my money elsewhere.

You don’t have the money to spend, because you spent it on something else.

It’s not that you can’t afford it, it’s that you choose not to afford it.

So, what’s the big deal with actually saying you can’t afford something?

It’s all about word association.

Stop associating the word “can’t” with your finances.

You need to become “can” minded.

That sounds corny, but it’s true.

Face it, sometimes the truth is corny.

If you are always saying that you can’t do something, it’s likely that you won’t ever be able to do it.

Does being negative help anything?

Isn’t it just pointless? I thought so.

When you become “can” minded, you will quickly notice a change in your finances.

You will be forced to become pro-active instead of re-active.

Once you use “can” instead of “can’t”, you will start making different decisions.

Instead of saying “I can’t afford this”, try saying “how can I afford this?”.

It works. Trust me.

You can afford anything you want if you want it enough.

You just need to have enough passion.

Don’t Forget About Your Children

That sentence affects your children too.

Hearing the phrase “we can’t afford that” can build insecurity in children.

So let’s just get that phrase as far away from us as possible.

'Are You Letting This Sentence Ruin Your Finances?' have no comments