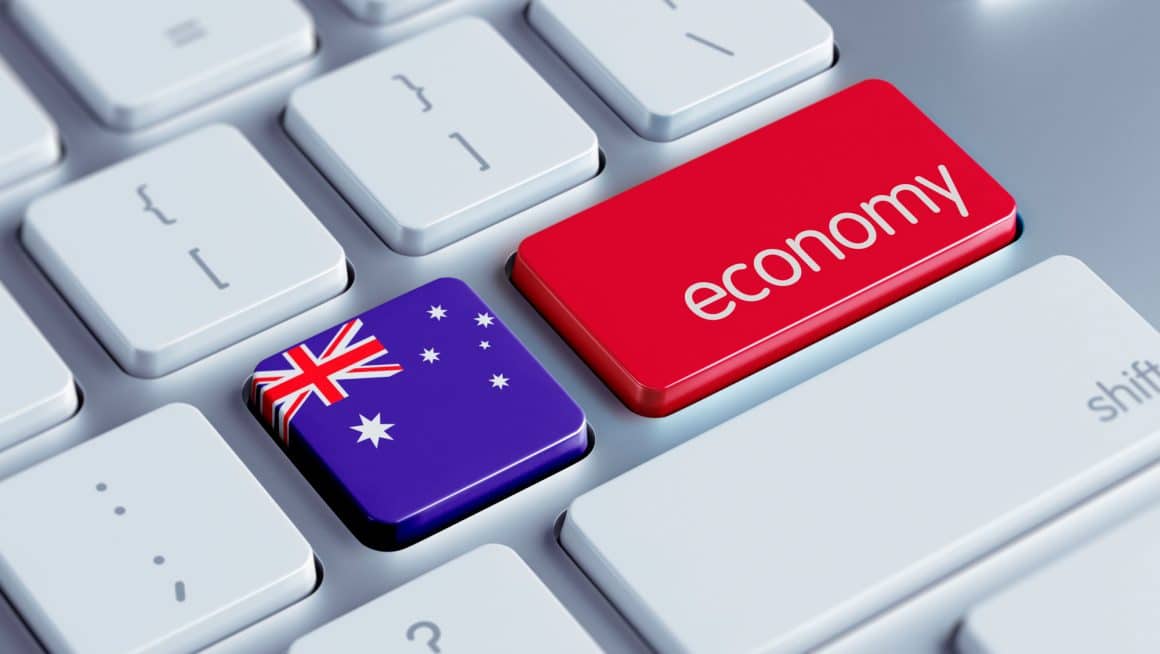 Latest update – the economic State of our States | Commsec

How are Australia's states and territories performing? 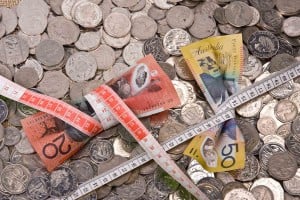 Then based on these eight key indicators they compare the current with the decade average and rank each Australian state based on pure economic growth terms for its State of the State report.

For the first time in more than a decade, NSW and Victoria aren’t the nation’s top-performing economies.

According to the Commonwealth Bank’s latest State of the States report, Tasmania—which usually lags behind the mainland—for the first time since October 2009holds the mantle of the best-performing economy.

Victoria slipped to second position after leading in the last eight quarterly surveys.

The ACT remains in third position, followed by NSW—which has been in the top four economies for the past six years, but both states have lost “significant ground” on the top two. But remember, this was pre-Covid and the second lockdown in Victoria is likely to result in very different figures next time Commsec release their quarterly report.

“While Victoria has slipped to second position in the rankings, largely due to Tasmania forging ahead on a number of indicators, it has generally held steady,” CommSec chief economist Craig James said. CommSec found that in five of the states and territories, construction work in the March quarter was higher than the decade average, up from four in the previous quarter

Victoria has retained top spot with construction work done 28.1% above its decade average, boosted by a 2.7% increase in spending compared to a year ago.

Victoria looks like it's trying to build his way out of this recession and has approved $3.8 billion in new projects in recent months. 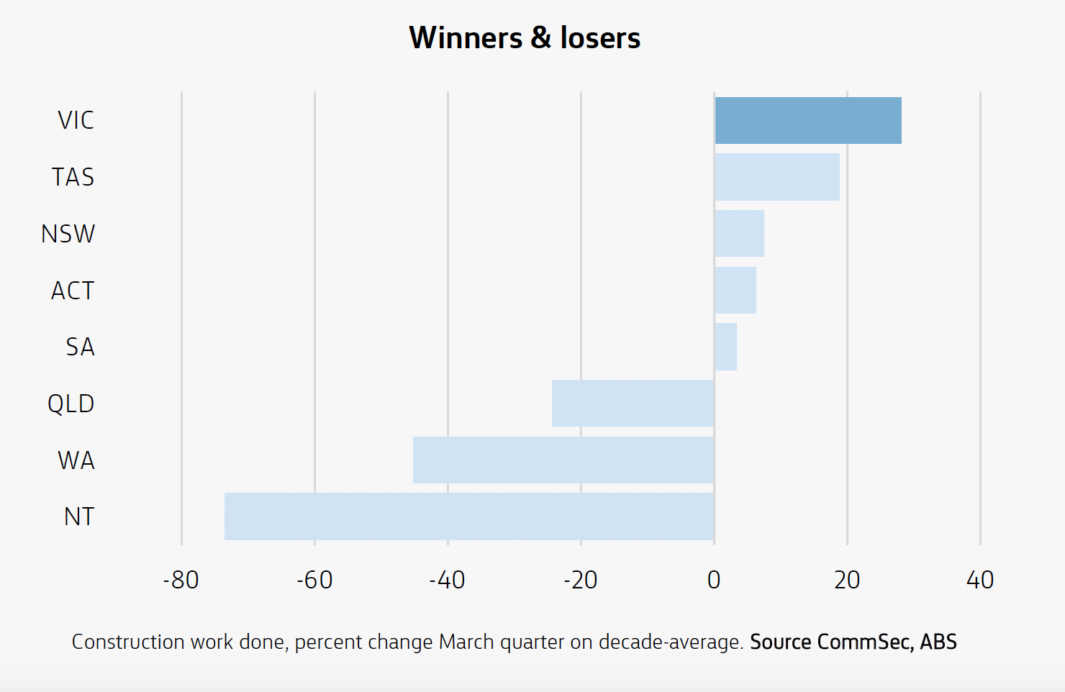 Of course immigration is a key factor in our population growth, and will be insignificant over the next year or so. 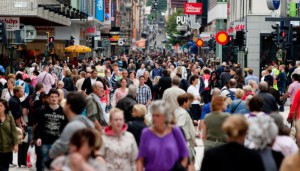 However in their State of the States report CommSec reported that up till the March quarter, only Tasmania and South Australia have population growth above the long-term averages

The state with the fastest absolute annual population growth is still Victoria at +1.87%.

But Western Australia's annual population growth of 1.13% is the the fastest rate in 5 1/2 years. 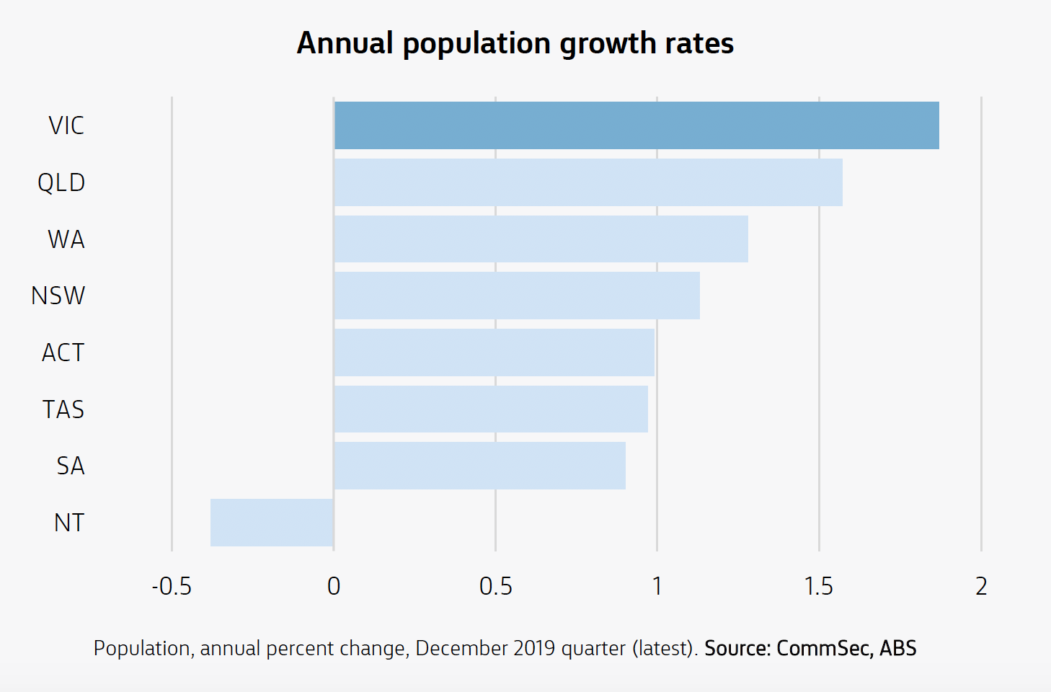 Of the eight indicators assessed, Victoria, the ACT and Western Australia top the annual changes on two measures.

Tasmania and the Northern Territory lead the way on 1 measure 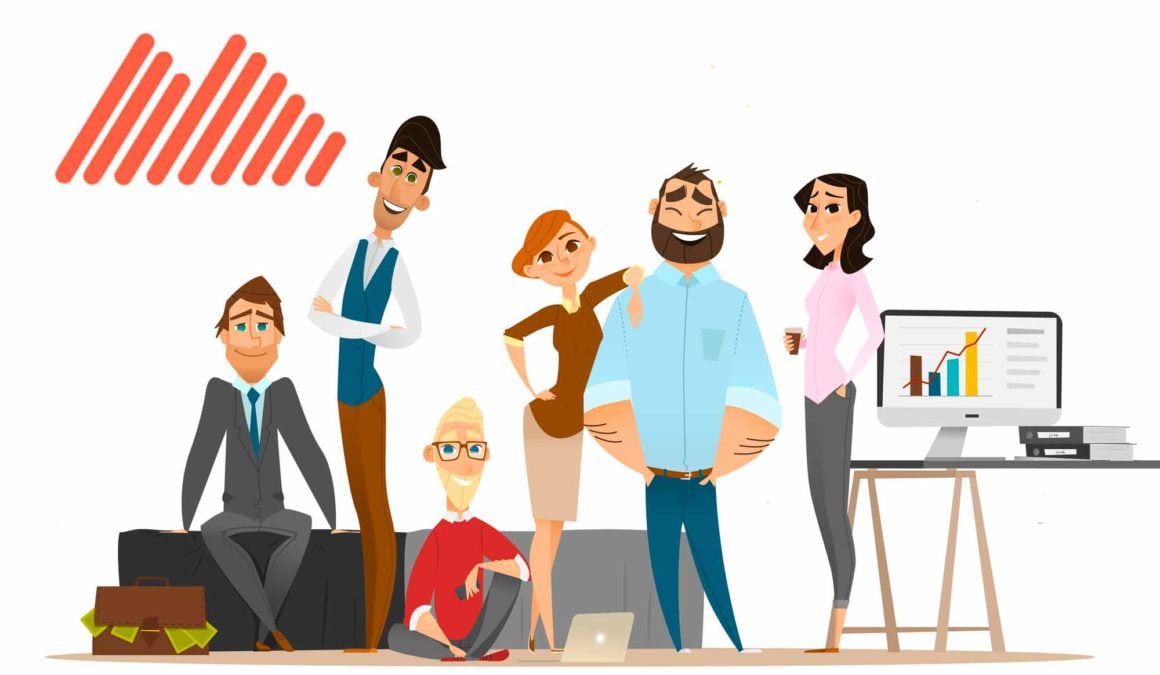