The South Australian Government’s decision to cut land tax rates to be more competitive with other states may not have the desired affect if additional moves were not made to boost the economy.

According to RiskWise, unlike the NSW Government’s commitment to major infrastructure projects in regional NSW and the Queensland Government’s in the southeast of the state, South Australia lacked the driving factors to compete. 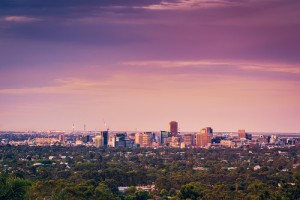 In regional NSW, the government’s 20-year vision will unlock the potential of the region, improving the economy, creating jobs, providing infrastructure and services and therefore increasing the population.

It all adds up to good news for anyone looking for affordable housing with the long-term goal of solid capital growth.

In southeast Queensland there are some major infrastructure projects taking place and with the improved economy and population growth this is becoming a popular destination for property investors.

However, in regional South Australia the outlook is not quite as positive because we don’t see a strong market, we don’t see increased employment opportunities and we don’t see population growth.

So while we do have pockets that are doing well, such as Central & Hills which had capital growth for houses of 5.1 per cent for the last 12 months - as compared to 4 per cent for Greater Adelaide - it is not something we are seeing statewide.

And while cuts to land tax rates may offer some improvement, when you consider there are other regions, for example regional NSW and southeast Queensland, that will most certainly be a better

prospect when it comes to long-term capital growth, it’s difficult to see reason to invest in South Australia.

In addition, the marginal tax rate for the value of land tax ownerships between $1.2 million and $5 million will be reduced from 3.7 per cent to 2.9 per cent.

These changes aimed to help make South Australia more competitive with other states but would only be successful if investors were lured in by the prospect of long-term capital growth, however, without supporting factors such as jobs, infrastructure and an improving economy, and therefore population growth, it was unlikely to happen and if it did have an impact, it was unlikely to be sustainable.

The good news was the South Australian government did have plans to improve the economy as evidence in the latest Budget handed down last week.

The question, was ‘is it enough?’.

In fact, the state has suffered from extremely slow population growth thanks to sluggish overseas immigration and a high rate of people moving away to find employment.

According to RiskWise’s latest Quarterly Risks & Opportunities Report, while the labour market has significantly improved in the last couple of years, the effective unemployment in South Australia is still above average and the employment market is still relatively soft. 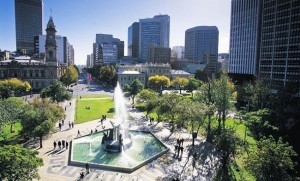 This has a strong connection with low population growth and, therefore, low demand for dwellings.

South Australia is projected to continue its economic and growth improvement, however, this is a slow process and is unlikely to result in significant changes to demand in the short to medium term.

So, while there will be some strong pockets, there will also be some negative ones especially when considering issues such as oversupply and a flagging economy.

It might be a good move for owner-occupiers but as a destination for investors it simply may not work particularly when they have interstate options such as southeast Queensland where houses are extremely affordable and projected to enjoy long-term capital growth.