Single women, and in particular single mothers, have cited poor financial knowledge as the biggest barrier to recovering from financial setbacks and challenges according to new research.

A Galaxy Research survey conducted on behalf of State Custodians Home Loans, quizzed 1,005 people nationwide on how financial difficulties would be handled following a stressful life event such as job loss, divorce, serious illness or a death in the family. 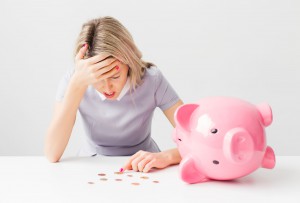 Almost half of all single women (46 per cent) and specifically three in five single mums (60 per cent) say not knowing enough about money to understand what to do or who to turn to for help would be the biggest hindrance to getting back on track with their finances and money-related housing issues.

Alarmingly, some 37 per cent of single women, and 46 per cent of single mums, admit the tendency to wait too long to take effective action in the hope that any dire financial situation would “just somehow resolve itself on its own” was a real challenge.

Some 48 per cent of single mums acknowledge that poor advice from well-meaning friends and family could hinder financial recovery, even though many vulnerable women still choose to listen to advice from loved ones rather than seek out a professional when disaster strikes.

Recently the ANZ Survey of Adult Financial Literacy in Australia report revealed that women had lower scores on average than men on financial knowledge and numeracy from the age of 28 onwards.

“Most women usually spend some proportion of their lives on their own – whether it’s by choice or circumstance,” she says.

“Given that women are living longer lives, it’s vital single women financially educate themselves in the event of a crisis.

This also applies to women in a couple, who leave money matters up to their partner because they’re also at risk if they suddenly become single and don’t know how to handle finances.”

On the issue of housing, one in three women (32 per cent women in general, 29 per cent single women without kids and 34 per cent single mums) say reluctance to sell the family home due to strong emotional attachment would also be a hurdle to getting out of debt.

Even though in many cases, selling up and downsizing to a home with a smaller mortgage is the best way forward.

“The home can hold great emotional attachment and is familiar for kids,” says Ms Pretty. 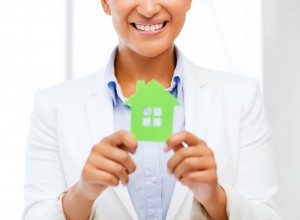 “When women lose their jobs or get divorced, often they want to hold onto a home so they’ll feel secure. However, you need to think about it in practical terms. If you can’t handle the mortgage and it’s going to financially wipe you out in two years’ time, get advice and consider your options.”

Single mothers also feel financial institutions can be intimidating with a large 39 per cent highlighting that banks and other creditors have more “power” than consumers, and can make it feel like you have limited choices.

“I can understand if you’re a single woman, or a woman on your own with kids, how intimidating some institutions can feel,” says Ms Pretty.

“You may feel like you’re just ‘a number’. That’s why I’d advise women to shop around and talk to different institutions and experts such as financial advisors or accountants, to see who they’re comfortable with and how they can help.

“Finding people who can give you the right information and products, and reassure you they’ll look after you is key. Trust is very important in dire situations.”

Here are some steps all women – single or not – can take to financially empower themselves.

According to State Custodians, in preparation of a financial set-back:

In the aftermath of a financial set-back: