Is Australia ready for its own digital type of currency?

Treasurer Josh Frydenberg promised to consult on introducing a third type of currency, a central bank digital currency. It would be an "e-dollar", worth $1, but able to be held digitally without being put into a bank.

If Australians could be weaned off cash, the Reserve Bank would save money and there would be fewer robberies.

A digital token similar to cash could be produced, which could be passed from one person to another in anonymity with no central authority involved.

The downside is that very large sums could be held on very small devices, which could be stolen or lost.

We are used to thinking of money as notes and coins, the kind most of us hold in our wallets.

But most money – in Australia it’s 96.3% – is digital, held by financial institutions and moved around via bank transfers, debit cards and credit cards.

Late last year Treasurer Josh Frydenberg promised to consult about introducing a third type of currency, a central bank digital currency and asked the treasury to come up with a position by the end of 2022.

A central bank digital currency (CBDC) would be an “e-dollar”, each one worth $1 dollar, but able to be held digitally without being put into a bank – such as on computers or in digital wallets on phones.

It could allow direct consumer-to-consumer and consumer-to-business payments without the intervention of financial institutions, and allow people who don’t want to use banks to hold funds in a form that’s safer than cash.

It could also head off attempts by private firms – such as Facebook, which proposed something called Libre – to do the same sort of thing.

For transactions, it would have a clear advantage over so-called cryptocurrencies such as Bitcoin, whose values fluctuate because they are not tied to a currency.

Many central banks are investigating the idea, but most say they are unlikely to issue a retail CBDC in the foreseeable future.

Australia’s Reserve is particularly unenthusiastic, declaring there is “currently no strong public policy case to introduce a CBDC for retail use”.

Whereas in much of the rest of the world the use of cash is shrinking, in Australia there are more banknotes in circulation as a proportion of the economy than at any time since the introduction of decimal currency in 1966. 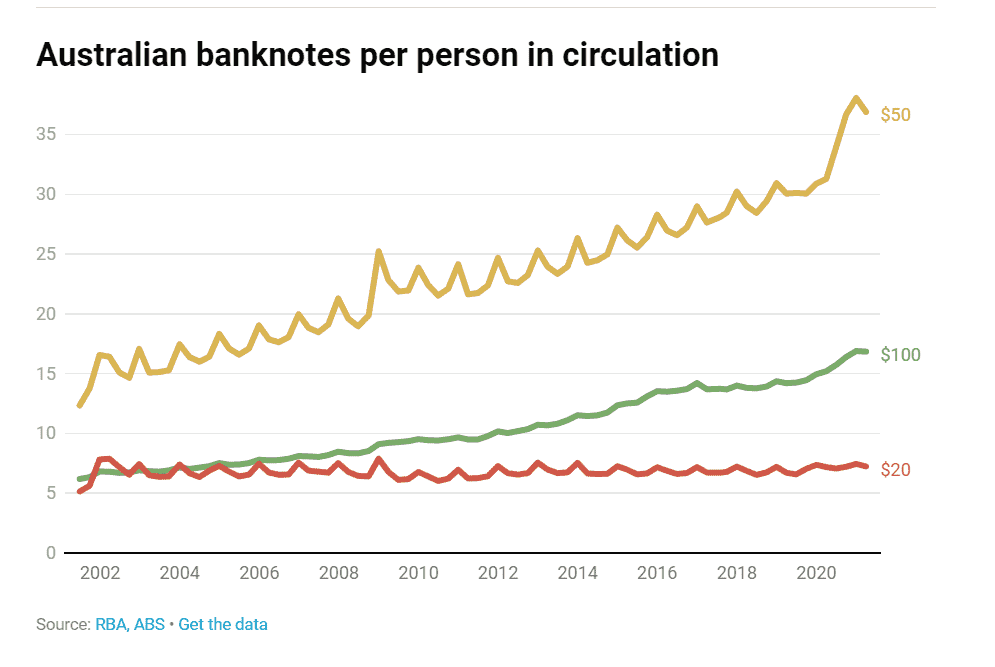 Most of the cash appears to be used to store money rather than execute transactions.

But if ever Australians could be weaned off cash, there would be savings for the Reserve Bank in the cost of printing and distributing cash, and also, most likely, fewer robberies.

But how the idea would work isn’t clear. 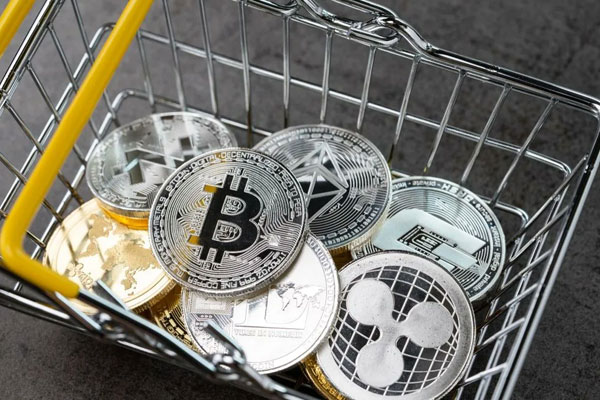 One model would be to produce a digital token almost exactly the same as cash.

Like a banknote, it could be passed from one person to another in anonymity, with no central authority involved.

The bus and train cards used in some parts of Australia are like this – unless an owner chooses to register ownership, there is no record of who used the card.

One downside is that, unlike cash, very large sums could be held on very small devices, which could be stolen or lost.

A New Zealand study notes that cash is relatively bulky, “making it unlikely that consumers would carry large amounts on their person or store large amounts in their homes”.

And it could facilitate illegal transactions.

Banks and other organisations are already required to report transactions of $10,000 or more to the Australian Transaction Reports and Analysis Centre. An alternative, the one most often talked about as a consumer digital currency, would use blockchain technologies of the kind used in Bitcoin and other cryptocurrencies to register and track ownership and verify transactions.

With blockchain, every transfer is recordable and hard to delete. The central bank (in Australia’s case, the Reserve Bank) would be able to track transactions.

It can be thought of as an account at a central bank, which could be used to transfer money to other accounts. In most models, the account would pay no interest.

And the central bank could limit transactions. Some, such as Bank of England deputy governor Jon Cunliffe, see this as an advantage.

In his book The Future of Money, Cornell University economist Eswar Prasad warns about societies in which central bank digital money becomes “an additional instrument of government control over citizens”.

China became the first major economy to pilot a digital currency in 2020.

The consulting firm Oliver Wyman says the digital Yuan will be “programmable” and could be set to only be used for payments after “activation” when certain predefined conditions are met.

China’s government, but not other users, would have the ability to monitor transactions in real-time, in what China calls “controlled anonymity”.

This isn’t what much of the rest of the world seems to want.

A survey of European consumers finds the thing they most want from an e-currency is privacy (43%) ahead of security (18%) and offline usability (8%).

The United States is continuing to investigate the idea, pointing to benefits including getting payments quickly to people in times of crisis (assuming there are working electricity and internet connections) and providing services to the unbanked.

Privacy isn’t of concern in the other arena central banks are moving ahead with plans for a digital currency – wholesale money.

Australia’s Reserve Bank is well advanced on Project Atom, which would allow financial institutions to transfer money between each other more quickly.

At the retail level, much of the world is moving slowly. Australia’s Reserve Bank says apart from the developed economies of Sweden and Canada, most of the economies advancing the idea are emerging, including the Bahamas, Cambodia, Eastern Caribbean, Ecuador, Nigeria and Ukraine.

They have weaker electronic banking infrastructure than Australia and populations that can’t easily access physical banks.