If you own an investment property in Queensland, chances are you’re paying higher council rates than the owner-occupier next door.

Yep, as soon as ‘Big Brother’ finds out your property is being rented out, you’re likely to be hit with some nasty extra rates.

The logic behind it is that you’re getting a tax deduction every year for your rates, so why shouldn’t you be charged accordingly?

Problem is, many people get a tax deduction for their phone each year, based on the fact they make work calls.

Yet everyone pays the same price for that phone.

Likewise, some people get a deduction for wearing sunglasses at work, but everyone pays the same amount for their sunglasses.

Why then, should you be charged more for council rates?

This topic has burst onto social media, thanks mostly to a recent case in Mackay.

In a nutshell, a group of investors, called the Mackay Investor Rates Committee, took the Mackay Regional Council to court over the fact they were being charged higher council rates simply because they owned investment properties, and didn’t live in them as their principal place of residence. 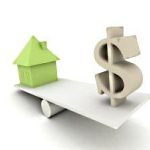 It went to the Supreme Court, which ruled it was in fact illegal for a council to charge investors higher rates than owner-occupiers.

The Queensland Local Government Association has now launched action in the Court of Appeal. If the appeal is dismissed, Mackay Regional Council would face a massive refund bill of $1.6 million for 7742 properties.

But the much bigger issue is that the decision would potentially leave the gate open for thousands of investors around Queensland to launch action.

It also means many councils – 20 in fact, including Brisbane, Gold Coast and Townsville – would face losing millions of dollars in revenue each year if they have to charge investors the same rates as owner-occupiers. No wonder councils are scared.

Destiny founder and investor Margaret Lomas, who has long inspired and fought hard for many ‘mum and dad investors’, is leading a massive charge against this issue.

She’s encouraging people to campaign on social media with #equalratesforpropertyinvestors.

She’s even gone to A Current Affair this week to voice her concerns.

And you can see why she’s annoyed.

[sam id=37 codes=’true’]Many investors work hard to own an investment and not rely on the pension down the track.

Why should they be punished for it simply because they don’t live there?

Even the recent ruling in Mackay was handed down based on the fact that rates are given to property owners based on the land size and value, not the use of the land.

I remember receiving a letter from the Gold Coast City Council some years ago as soon as I moved out of my unit and asked if I was now renting it out. Soon enough, the higher rates started coming in. Until now, it seems there was no choice but to pay the extra fees.

Now, investors are fighting the fight.

Peter Crossan is one of the investors taking on Mackay Regional Council. He says the whole court case has been fought on donations to a trust fund of legal firm Wallace & Wallace.

“We now need to raise funds for the appeal. Any unused funds will be returned on a pro-rata basis,” Peter says.

Anyone interested in donating to the trust can do so by emailing [email protected].

We’d love to hear your thoughts or your recent rates predicament.

But rates or not, there’s no doubt now is a great time to invest in areas such as Brisbane and the Gold Coast – don’t let a few hundred dollars extra in rates stop you from potentially making thousands of dollars in equity down the track.

'Why do investors pay more for council rates?' have 1 comment