Now is a great opportunity for investors to time the market

The stars have aligned for property investors in Sydney and Melbourne who now have a rare opportunity to time the market.

With those two capital cities projected to reach new property price peaks by the end of 2020, now was the time for investors to act.

A combination of ultra-low interest rates for a sustained period (the most recent one in October 2019 with the possibility of a further one in December or the first half of 2020), some loosening of credit restrictions, improved serviceability, increasing investor finance and greater competition between the ADIs and non-bank lenders, meant investors were in a position to time the market before a new tipping point was reached. 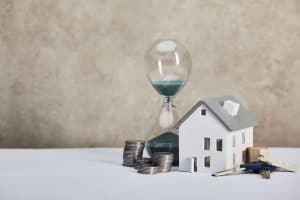 It’s been proven that when you take a long-term view or have political uncertainty or policy changes, houses, not units, are associated with strong demand by owner-occupiers, and increase in land value over time.

We saw earlier this year that the possibility of Labor’s proposed taxation changes, if they had won the Federal election, posed major risks to the property market and here again was a clear, and rare, opportunity to time the market by simply waiting.

Property investors want to minimise their risk, and at the time they only needed to, firstly, wait for the results of the federal election, secondly, wait for a formal announcement on the implementation of changes to negative gearing and capital gains tax (assuming Labor had won) and, thirdly, wait out the continuous price reductions that would occur … and only then consider investing.

Currently, we also have a unique situation because, effectively, investors are getting very clear notification well in advance regarding the time to buy.

The Sydney and Melbourne property markets were making a strong comeback with auction clearance rates largely above 70 per cent and buyer sentiment in relation to housing measures noticeably improving, with these markets likely to reach a new peak by the end of 2020.

A sustained period of ultra-low interest rates as we have seen and, consequently, a significant increase in housing finance, is highly likely to see a rise in investor activity.

We also have a situation of increased competition between the ADIs and non-bank lenders who have less stringent credit restrictions than the banks.

In addition, Sydney and Melbourne had the largest concentration of investors in the country and an increase in their activity would have a major impact on dwelling prices.

This increase in investor activity would also lead to issues of housing affordability and undersupply of family-suitable properties especially relative to population growth, which was strong in both the capital cities, particularly Melbourne.

These property markets had also seen a significant reduction in dwelling commencements which would continue to create a problem of undersupply of family-suitable properties in high-demand areas.

September ABS dwelling approvals showed a 32.6 per cent drop in Sydney and a 30.3 per cent in Melbourne.

Undersupply of family-suitable properties, especially in the middle rings, is a chronic issue which will only get worse if investors increase their market share.

This provides a great opportunity for investors as this issue can't be solved without a comprehensive plan and there is nothing in the foreseeable future that will resolve this.

Investors who are looking for more affordable houses should target the middle and outer rings and other areas with good access to these capital cities.