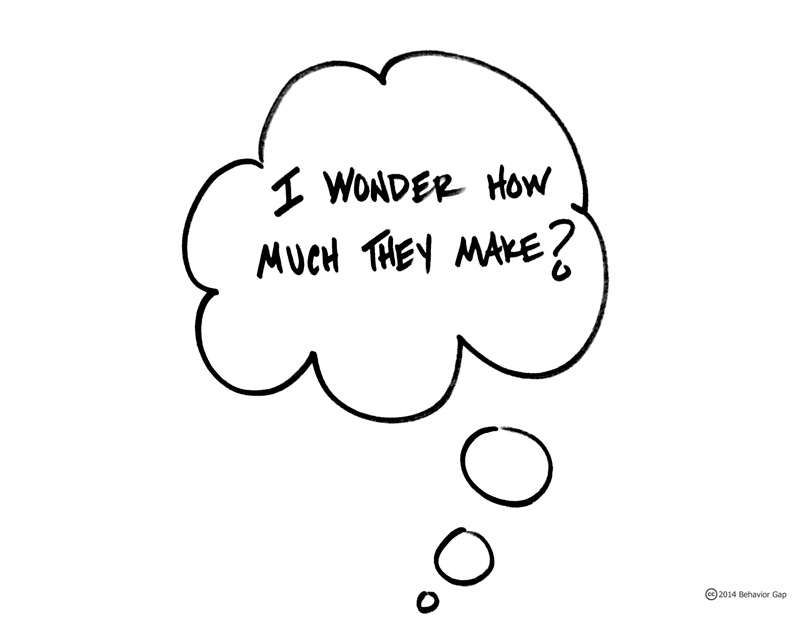 Under the Influence of Money

Last year, a guy made headlines because he was caught using a lowly flip phone.

In a world of gold iPhones and palm-size phablets, it does seem a little odd that someone would still use such a low-tech device.

But it was the identity of the person using the phone that got everyone’s attention: Jerry Jones, owner of the Dallas Cowboys.

The Cowboys alone are valued at $3.2 billion, and Forbes estimates Mr. Jones’s net worth at $4.2 billion.

Clearly, he can afford a nicer phone.

But when asked about it, he commented that it was practical and comfortable.

Plus, as he noted, “It’s how you have a stadium worth $1.2 billion. If you watch your pennies and you have flip phones.”

This story came to mind during a recent conversation with a close friend who has built an impressive net worth.

We were chatting about the idea of having our wealth flash as a number above our heads and how it might change us.

When it comes to other people and their money, we’re making subconscious judgment calls constantly

Those judgments are based invariably on a broad set of assumptions.

We see the car someone drives.

We see the home someone buys. 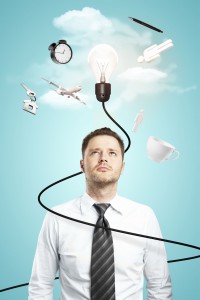 We see the phone someone uses.

Then, we make judgments about their success and status and intelligence.

As my friend and I talked, we tossed around an idea.

What answers would you get if you were to ask 10 people who know you casually to guess your income and net worth?

How close do you think their guesses would be?

It’s an interesting question because it tackles head on what we think we know about someone’s finances versus the reality.

If the guess was way high, what would it mean for your relationship?

How would you feel when it came time to admit the real number?

If the guess was way low, how might that change the dynamic when you reveal the higher real number?

I’ll venture a guess that almost everyone ends up far off the mark.

And it leads to another question that’s even more difficult.

How does what we know (or think we know) about someone’s finances affect how we treat them?

What does it say about us if we find that we’re kinder to or less judgmental of wealthier people?

These questions made me think of a longtime friend.

He’s usually reserved in a room of people, unless there’s someone there who has a lot of money or influence.

Then, he becomes really animated and social, particularly with that person.

The crazy thing is that my friend isn’t angling for favors, and he doesn’t own a business that needs investors.

While it’s easy to pick on my friend and say his behavior is ridiculous, what if we are that person?

What if our behavior changes based on what we know about a person’s wealth?

That leads to my last question

Imagine you have a friend who has struggled for years to build a business.

The business is successful, and she’s worked hard, but she’s cash-poor.

Then, one day, she sells the business for $10 million and it makes the local news.

Any guesses as to how the community will engage with her going forward?

How would you think about a friend who went from no money in the bank to $10 million in the bank?

All of these examples point to an underlying truth that we keep pretending doesn’t exist.

At some level, money is a common thread woven throughout our lives.

I don’t believe this is automatically a bad thing.

It is, however, something we need to get better at talking about because it’s the assumptions that can create the most headaches.

By talking about how money makes us think, we stop giving power to the assumptions that drive our behavior because we learn to understand the inconsistencies.

As a result, it becomes a tiny bit easier to avoid judging others and ourselves for what we have or, more likely, what we don’t have.

This column originally appeared at the New York Times.

John Never judge a book by it's cover

I was at a strata meeting after buy a particular apartment in a new building. The guy who bought all the ground floor shops in the building (at least $16,000,000 worth, by my guess) was the most shabbily dressed person there. I actually thought tha ...Read full version