If there’s one thing I’ve learned in my many years of business, it’s that change is the one constant.

Just when you think things are settled, something will happen to upset the apple cart.

Investors and entrepreneurs may think this is only happening to them, that it’s their bad luck. It’s not.

It’s the way of the world, and it happens to all of us. 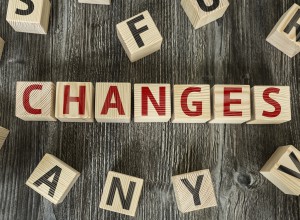 The sooner you get used to change as a normal state of affairs and learn how to adapt to it, the more successful you’ll be.

The problem is, we get stuck in routines.

In fact, we rely on things being a certain way.

But if you want to be successful you’ll need to learn the true meaning of the word “agile”.

Agile has nothing to do with making bold business decisions or changing jobs.

That part’s easy — it means coping when things don’t go to plan.

And trust me, things often don’t go to plan, but that doesn’t mean we need to stress or quit what we’re doing.

If you struggle to adapt to new situations, then here’s a few tips that can make a big difference to your life. 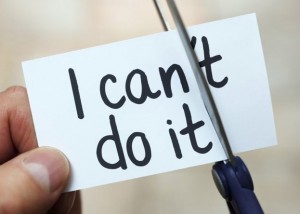 Instead of immediately assuming the worst when something big happens, maybe stop to consider the positives.

Sure, something has changed, but not necessarily for the worse.

Maybe this is an opportunity?

If there is no positive to be found then try another tack.

Tell yourself that everything passes in time, that nothing stays the same.

Just as a change has blown in to rattle your world, it will be blown away by something else later.

Part of the reason people fear change is that they were never taught how to embrace it.

Their parents may have been very fearful and emphasised stability and security over innovation and experimentation.

As children, we pick up these values and they shape how we react to change. But the fear can be un-learned so to speak.

Think about your circle of friends.

Is there someone who is very good at rolling with the punches?

I think we all know at least one person like this.

Very little gets them down and they tend to handle what life throws at them with ease.

These are great people to learn off and be around.

It’s not that they don’t take things seriously, they’re just good at putting things into perspective.

These are the people you need to call when the fear of change grips you.

It’s very hard sometimes to judge a situation or event while we’re in the middle of it.

How many times have you heard people say that something they thought was bad at the time turned out to be one of the best things that has happened to them?

So, until you know the situation fully, the ins and the outs, then reserve your judgment.

But it also saves you from wasting mental energy on something you cannot change.

4. Change what you can

Which brings me to the issue of control.

People get stressed at times of change because they feel like they’re losing control and that’s probably fair enough.

If this sounds like you then it helps to focus on what you can do. 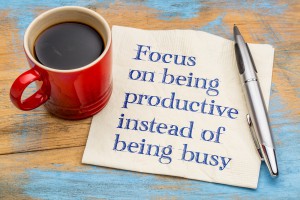 You may not be able to alter what has just happened, but there is plenty you can do going forward to shape the future.

So, if a business investment has fallen through, rather than analysing what went wrong and wondering why, focus on where you’ll put your energy next.

Looking forward enables you to re-take control of the situation.

But most importantly: be kind to yourself.

As humans, we’re hardwired to seek out routine and familiarity so there’s nothing wrong with you if you struggle to adapt to change.

There is something wrong, however, if you let this fear stop you from following your dreams and becoming successful.