How the 2021 Census will shape Australia’s future

When Joseph and Mary were summoned to travel to Bethlehem to be counted for the Census 2000 years ago, they had to travel approximately 4 to 5 days and well over 1000 km in order to be counted.

So in Australia, we should be feeling blessed, so to speak, that our friends at the ABS make it possible for us to fill out the Census conveniently from our homes, and it probably only took you half an hour.

Well... the Australian Census is definitely worth the effort.

We work in so many different aspects with Census data as businesses and government in order to make sure that we can fairly distribute limited resources across Australia; transport planning, infrastructure planning — all rely heavily on Australian Census data.

Preview: How the 2021 Census will shape Australia’s future

And just to put in perspective how good the Australian Census is, remember that we are asked approximately 60 questions every five years, whereas the Americans only run their Census every 10 years and are only asked 9 questions.

The way that we can cross-tabulate data based on the 60 questions every five years is fantastic!

I'm, of course, coming from a very selfish perspective since I write these columns, and once the Census data is out as of June next year, my columns will write themselves for quite a long time simply because of the endless data that we can draw from to get into really interesting insights.

Particularly this time around because we will have several cities under lockdown and under the different lockdown conditions, so we can see quite a bit from the Census, like how lockdowns impact at very least your working from home arrangements, how much people actually spend working at their homes in term of just housework.

So, it will be very nice to see those aspects of the data; we will be getting data about the chronic health conditions for the first time, so we can actually see where is a specific need for certain services in the areas, but we can also see where the certain conditions might be underreported.

If we, for example, suspect — and that's just a hypothesis — that depression and anxiety should be somewhat evenly distributed across the population, and then we see corners in the data there is no depression reported at all, maybe it is time to focus public awareness campaigns there in order to make sure that people there actually know that this is something they could talk to a doctor or a specialist about.

And, of course, we also have questions about veterans' status which is an interesting element of the data that we haven't looked at all so far.

One of the questions that were discussed whether to be added to the Census and wasn't included is a sexual preference question — are you gay, straight, or whatever.

Why was something like this not included in Census? 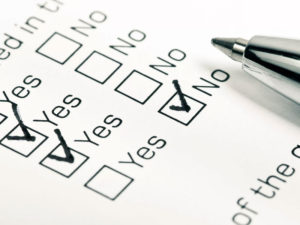 Lots of young people are arguing that this might be an important thing because it is an important part of their identity.

That's said, it just might be in favour of the LGBTQ+ community that this is not specifically asked in Census because the temptation would be very high to constantly single out a specific group in questions where sexuality doesn't matter.

And I think it's an interesting argument to think about, as far the Census is not about the identity but solving specific questions.

What question could be solved if we specifically knew the sexual identities of people across the country?

It's a difficult question, an iffy question and maybe it was easier not to include that question, but overall I think we might actually save ourselves from some grief and this constant singling-out of specific groups where an economic or social policy is not actually helping because it has nothing to do with gender or sexuality.

Let me end this column on a positive note.

Since most of us are filling out the Census digitally, the first cut of the results will be published much sooner than previously.

By June 2022 we will have most of the data ready to play with.

My columns are going to write themselves!