Investor lending rose another 5 per cent in September, but remains modest overall.

But homebuyers are driving the rebound, with owner-occupier lending rising to historical highs, excluding refinancing. 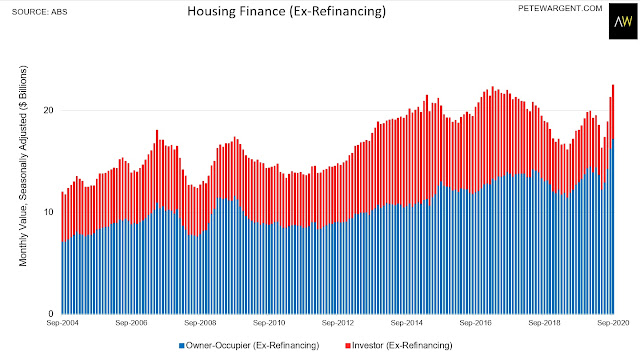 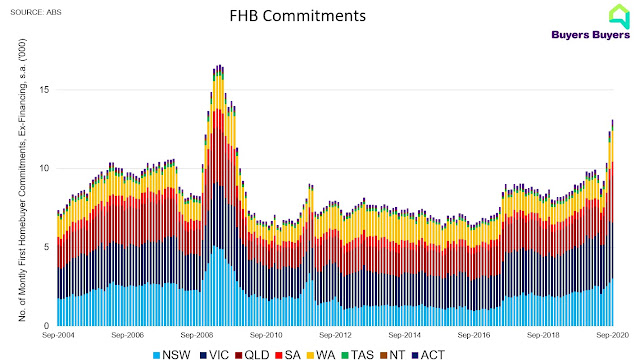 The market is clearly still being driven by homebuyers, not investors.

While there was a decline in homebuyer lending in Victoria, elsewhere activity has surged. 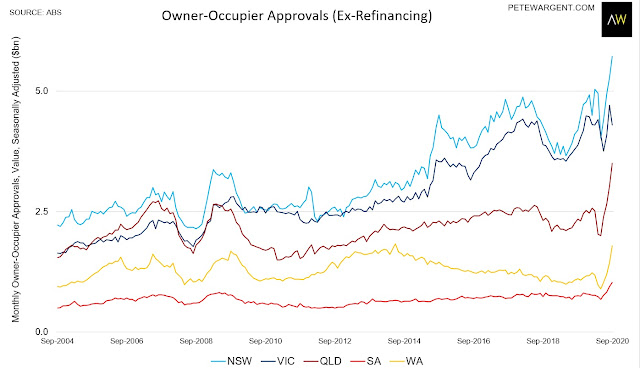 With responsible lending obligations to be wound back, the growth in mortgage lending suggests we should expect to see double-digit gains for house prices in most capital cities over the coming 12 months.

Some bright news: mortgage deferrals have begun to decline sharply, down to 48,000 mortgage accounts (being 3 percent of total mortgage accounts) by 19 October.
The outstanding deferral packages now equate to about 4 percent of the mortgage book by value.
Peter King, CEO of Westpac said he was ‘very encouraged’ with the remarkable drop, with 97 percent of customers now making repayments.
Westpac provided in its investor pack a very useful graphic showing the share of expired mortgage deferral packages that have returned to repayments versus those opting to extend for an extra 4 months.

Source: ASX
Still a way to go here, but good to see.
Notably there is more work to be done with small business loans and it’s ‘earlier days’ (King) in that part of the business.