Rapid growth in Australian housing values and rents over the past year has contributed to greater affordability pressures for households. 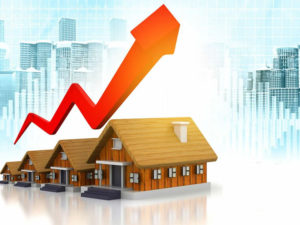 Perhaps a more bizarre outcome of the current housing affordability pressures is the anecdotes that have emerged around difficulties upgrading.

With Australian dwelling values rising 20.3% in the year to September, some recent home sellers have found it difficult to re-enter the market once they have sold.

The situation poses a particular barrier for those looking to upgrade from apartments to houses, with national house values increasing 22.9% in the 12 months to September, compared to a 12.0% lift in unit values.

Extending on a recent analysis that compares unit values to houses at the capital city level, the table below highlights the local government areas across the capital cities where median unit values would count the least toward house values in the same region.

In other words, the analysis suggests which LGAs have the biggest difference between house and unit values, and could see the biggest challenge for apartment owners looking to upgrade to houses in the same area.

The trend is most startling in Mosman Park in Perth, where the median unit value would account for just 21.4% of the standard house value – in other words, the full value of a unit in the LGA would be a little more than a standard house deposit in the same region.

Similarly, low ratios could be seen across Strathfield in Sydney, where unit values account for just 23.0% of house values, and Mosman, at 24.5%.

A trend in this data is that more expensive dwelling markets, particularly in the housing segment, tend to correlate with the least amount of purchasing power from units.

Many of these could be considered more ‘desirable’ housing markets, including those closer to CBDs. 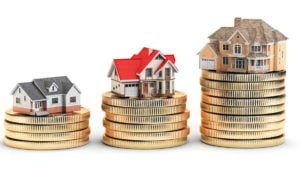 LGAs with higher levels of unit stock as a proportion of total housing stock generally had a lower value relative to houses.

This is particularly evident in Sydney markets like Strathfield (where 64.6% of housing stock are units) and Woollahra (61.4%), as well as the Melbourne markets of Port Phillip (74.3%) and Stonnington (65.5%).

This dynamic is not necessarily bad for buyers; the flip side of a lower proportion of housing stock is that there is a higher density of relatively cheap stock, which accommodates greater socioeconomic diversity for living closer to the CBD.

But looking at the change in unit values as a portion of housing over time shows apartment owners in the current market would be able to put less towards a house than they could five years ago. 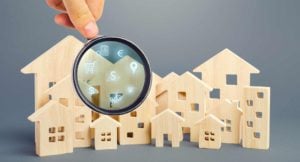 This would be particularly frustrating for those looking to start families or seeking more space.

LGAs across Hobart, Darwin, and Brisbane generally had lower gaps between house and unit values, though there are likely different dynamics at play.

Across Greater Hobart, units are generally high in demand but low in supply.

Demand may be attributed to a more mature aged demographic looking for downsizer or lower maintenance options, as well as popularity amongst investors.

CoreLogic estimates the vast majority of Hobart units are owned by investors, and units may be in high demand as the short-term rental accommodation markets hold strong amid an uplift in domestic tourism.

In the past five years, there has actually been a slight increase in the value of units as a portion of housing values, suggesting the capacity to upgrade may have actually improved. 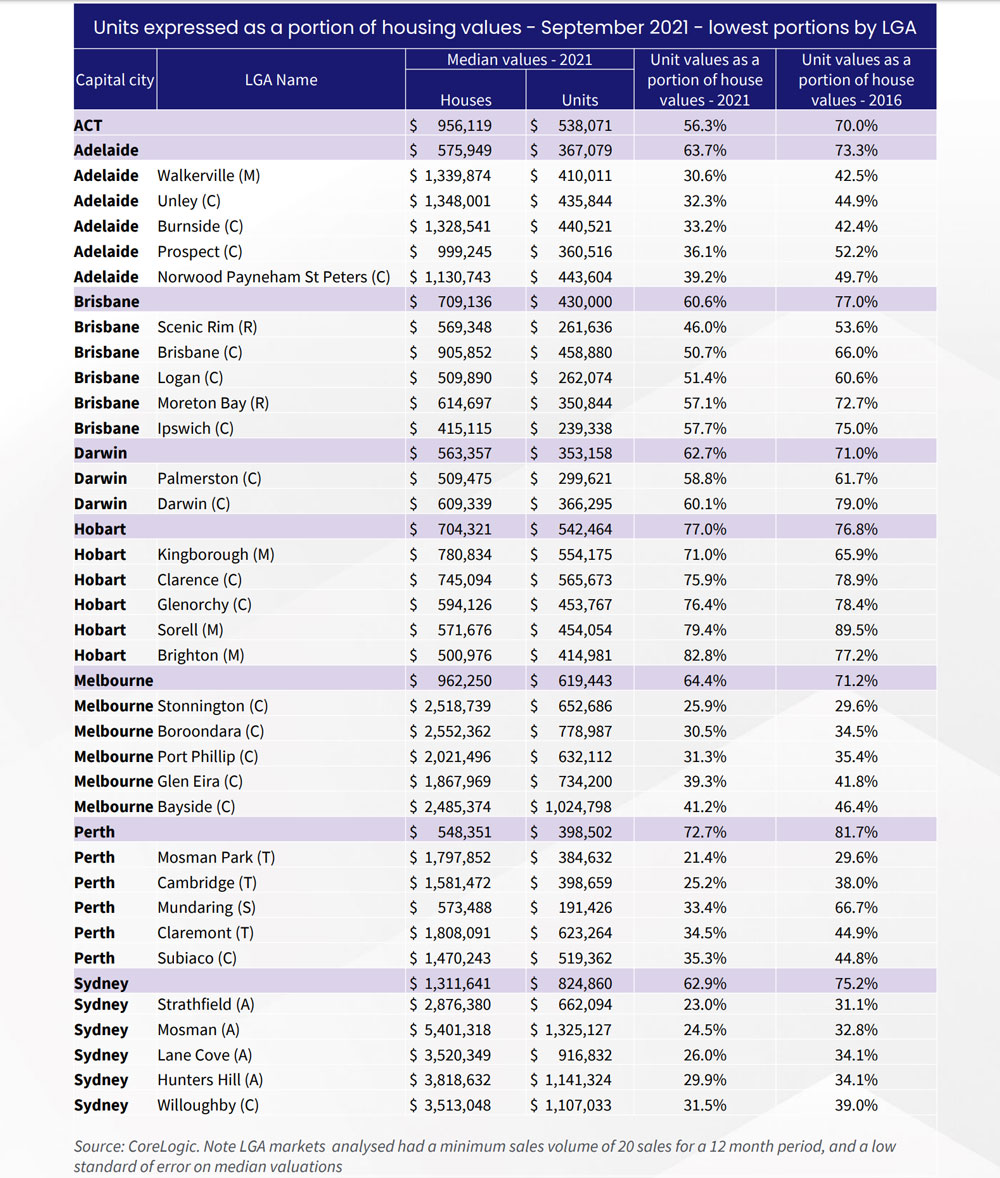 ALSO READ: Why is Australian housing so expensive and what can be done to improve housing affordability?