Nation housing loans increased again over April thanks to the ongoing revival in investor activity that has clearly consolidated over recent months.

The ABS reports that the total value of residential lending over April seasonally adjusted set yet another record at $36.1bn, an increase of 2.8% over the month and the sixth consecutive increase inactivity.

Although home lending continued to increase over the month, it was largely a result of another rise in investor lending – up by 2.1% to $8.1bn together with a sharp increase in the value of loans for owner-occupied existing homes.

The number of loans for total owner-occupied homes however fell by 0.6% courtesy of a significant 9.8% fall in lending for new homes, reflecting the end of the Home Builder scheme. 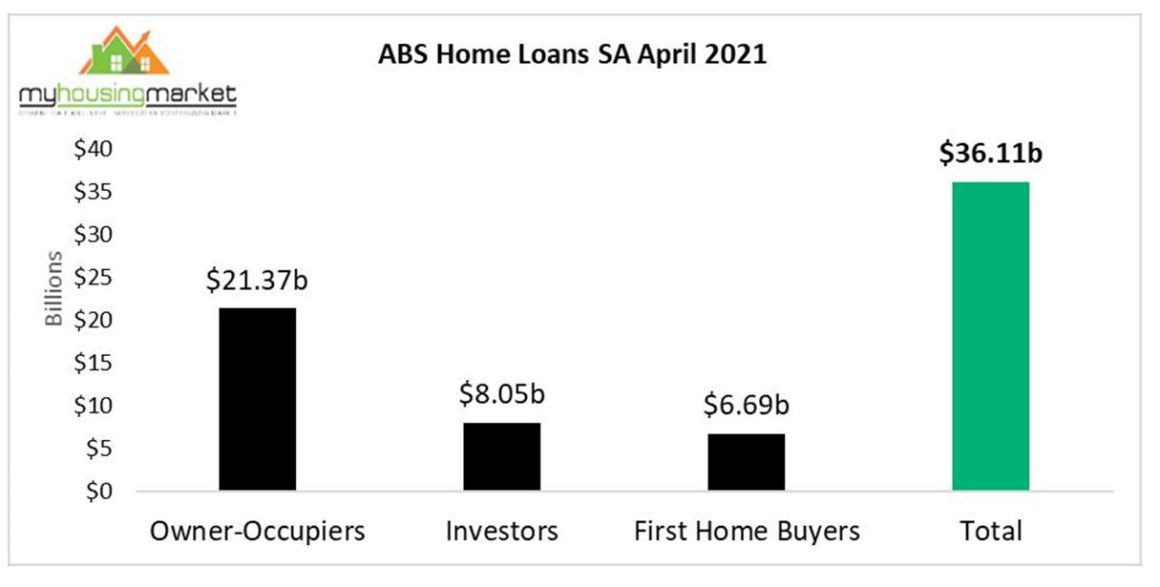 Predictably the market share of total residential lending for first home buyers continues to fall with conversely investor market share on the rise reflecting the usual symbiotic relationship between these two buyer types.

The outlook is for further declines in first home buyer activity as affordability barriers increase through booming home prices and similarly for growth in existing owner-occupier loans that are set to decline at a greater rate than the value of lending as those still capable of engaging hot housing markets to have to borrow more to stay in.