Home loan rates tumble in the last 6 months, despite no RBA cut

Australia’s banks have continued to cut home loan rates for new customers, despite no RBA cash rate move in the last six months.

Ahead of tomorrow’s RBA board meeting, RateCity.com.au has analysed how much home rates have dropped since the last cut. 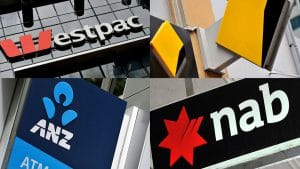 The Reserve Bank last lowered the cash rate on March 19, down to 0.25 per cent and has left it on hold at the next six meetings.

In the last six-months, 90 lenders (69 per cent) have cut at least one variable rate, according to the RateCity.com.au database.

The lowest owner-occupier rate has dropped 0.50 per cent, down to 1.89 per cent.

The big four banks, which together hold approximately three quarters of Australia’s home loans, have also shaved their lowest variable rates by an average of 0.25 per cent in the last six months – but only for new customers.

“A record number of people have refinanced in the last six months to take advantage of the low rates on offer, however, there are still hundreds of thousands of home-owners overpaying on their mortgage.

“The average existing owner-occupier is on a rate of 3.22 per cent, that’s 0.65 per cent higher than what the big four banks are on average offering new customers for a basic variable loan,” she said.

“There are 12 lenders now offering home loans below 2 per cent, and the list is growing by the week.

“With a possible rate cut waiting in the wings, we could even see a big four bank break the 2 per cent barrier over the next few months.

“The RBA has indicated it’s willing to cut the cash rate down to 0.10 per cent, and while this could come as early as tomorrow, the board is likely to hold off for at least another month.

“Holding fire on the next rate cut will give the RBA more time to properly assess the impact of the Federal Budget and the recent JobSeeker and JobKeeper changes.

“If the RBA cuts the cash rate by 0.15 per cent, there’ll be pressure on the banks to do right by their existing customers.

“At a time when every dollar counts, a rate cut of 0.15 per cent would save the average mortgage holder $33 a month,” .

Note: Rates are for owner occupiers paying principal and interest. Westpac’s rates are for customers with a loan-to-value ratio of less than 70 per cent.