Australians are set to spend a staggering $22.1 billion on Christmas this year, according to new research by finder.com.au.

The nationwide survey of 2,017 people found Aussies are expected to splash out $1,178 each, on average, this festive season. 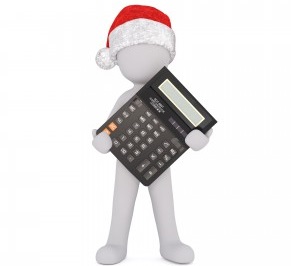 The research shows Aussie shoppers will fork out $492 on Christmas presents alone – with women spending $58 more than men on gifts.

This estimate is slightly lower than last year however, with Aussies spending $539 on Christmas presents in 2016.

Bessie Hassan, Money Expert at finder.com.au, says that although presents top the list when it comes to Christmas spending, smaller gifts will be the theme in many homes this year.

“Big-ticket items are less likely to make it under the tree this year – some families will cut back and others really wanting to keep costs down, may may not even buy gifts.”

“Perhaps the minimalist message has gotten through or perhaps it’s an indication that people are feeling a bit less certain about the economic conditions at the moment,” she says.

Gift giving isn’t the only cost associated with this time of year.

The research found the typical Aussie spends $141 on the Christmas meal plus $133 on alcohol during the period.

In addition, 45% of Australians will be decorating this year, coughing up an extra $98 on trees and lights.

Those planning to take a holiday over the Christmas and New Year break will spend, on average, $832.

With just one week until Christmas Day, Ms Hassan warns shoppers not to get caught up in the holiday hype or to make panicked purchases.

“The silly season doesn’t need to be a time for silly and uncontrolled spending.

“You don’t want to be left with spending regret. To help keep spending in check, write a shopping list, set a budget and compare prices,” she advises.

'Ho Ho How much? Aussies set to spend more than $22 billion this Christmas' have no comments