We’re now experiencing what will be the longest and deepest property market downturn in modern history. 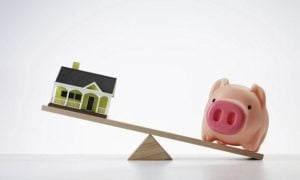 But it shouldn’t be that way!

Previous property slumps have been due to rising interest rates or economic recessions or high levels of unemployment, but currently our economic and property fundamentals are really not that bad.

But our population is growing strongly, we’re creating heaps of new jobs and unemployment is at low level.

One of our big problems is consumer confidence – actually the lack of it.

It started with a “buyers strike” in late 2017 as investors in particular left the market, in part due to difficulty getting finance.

And then in October after that infamous 60 Minutes show that scared the pants off many would be investors by predicting a 40% fall in property values, investor sentiment dropped even further.

More recently property sellers have gone on strike – discretionary sellers (those who have no urgency to sell) are not bothering putting their properties on the market at a time when the chance of getting a great price is low.

This has particularly affected Australia’s two largest property markets, Sydney and Melbourne, as this is where investor activity was the highest and where property values grew the most leading up to this downturn.

So what are we waiting for? 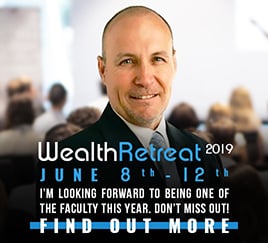 Well…2019 started out with some promise, with more buyers back in the market, the declines in values slowing and auction clearance rates rising (albeit on smaller volumes.)

But now uncertainty has crept back as we’re waiting for the results of the federal election, so little is going to change over the next month.

Home buyers and sellers are waiting for some clarity for the future.

However, one thing that has become clear is that the next move in interest rates will be down, and while this will help confidence a little, the banks are still giving property investors a hard time applying tight credit standards which many would consider unreasonably restrictive making it hard for investors to borrow.

At the same time our economy is slowing down with the RBA downgrading its projection of future GDP growth and employment growth and this is concerning many business owners.

Here are some other factors holding back our markets

There’s no doubt some naïve investors were misled into buying properties in an SMSF by advisors with vested interests.

However, for others, setting up an SMSF to own property was a great way to secure their financial future.

However today there are only a few lenders approving finance for SMSFs to own residential properties meaning there are fewer investor transactions in SMSF’s.

There are less foreign investors in the property market today.

Our governments pulled the welcome mat out from under the feet of foreign investors by imposing penalty state taxes including stamp duties and withholding tax.

This together with the Chinese government crackdown on capital leaving the country has stemmed the tide of foreign investment into Australia, particularly in the residential market.

There is still an oversupply and a continuing pipeline of completions of the wrong types of property – high rise apartments – particularly in Sydney, but also in Brisbane and Melbourne.

On completion many of these apartments are valuing in below contract price at a time when nervous lenders are requiring larger deposits, and this has significantly increased the settlement risk for off-the-plan apartments.

Fears of the proposed changes to negative gearing and Capital Gains Tax if Labor win the election are having a significant effect on consumer sentiment.

In fact, it seems like taxation will be one of the major considerations that determine the result of the upcoming Federal Election.

So it looks like our markets will be on hold at least until the election is over on May 18th – and then things could get even more interesting.