Rents are on the rise and the average Australian house now costs a record $477 a week to rent, according to Domain's most recent rental report.

Lockdown lifestyle changes and the resilience of working from home contributed to June quarter increases in every major city bar Melbourne and Sydney.

Thanks to a strong Adelaide rental market, average house rents in the City of Churches are equal to Melbourne prices.

Though tenants have avoided rising rents, prices are unlikely to fall again and it could signal a turning point in Sydney’s rental market with vacancy rates returning to pre-pandemic levels of February 2020.

Remote working has encouraged tenants to shift to the outer suburbs or lifestyle locations within Greater Sydney.

Rents for houses and units hit record highs over the June quarter in the Northern Beaches, Central Coast, and outer west, and the Blue Mountains, while houses are at peak prices in Sutherland, the outer southwest, and Baulkham Hills and Hawkesbury region.

The demand is not uniform, however; unit rents continue to decline over the quarter in Parramatta, Blacktown, the southwest, inner southwest, and inner west.

Unit rents in the city and inner south, eastern suburbs, North Sydney and Hornsby are rising over the quarter, following a sharp dip.

Interestingly, prices in some inner-city areas are back on the rise, suggesting some tenants are looking to take advantage of lower rents or using the rent drop as a bargaining tool to negotiate a better deal elsewhere.

Unit rents are continuing to decline on the back of closed international borders, and the number of tenants becoming homeowners increasing.

Domain report that for the first time on record Melbourne is the most affordable city to rent a house at $430 per week, now on par with Adelaide.

Tenants are now paying the same price as in 2015.

Prior to COVID, unit asking rents hit a peak, they have subsequently fallen $65 a week. At this time, the difference between house and unit rents was close to a record low, now this value gap has jumped to a record high.

This is the steepest downwards adjustment in unit asking rents that Melbourne has ever recorded.

This is providing tenants with an opportunity to negotiate rent or shift to an area that has experienced significant reductions.

Prior to the pandemic, most Melbourne regions were at or close to record-high rents.

The ability to work remotely has created opportunities for tenants to move further afield while reduced rental demand from overseas migration and foreign students has weighed particularly heavily on inner-city rents.

Mornington Peninsula house and unit rents pushed to new record highs and the area is clearly a landlords’ market.

The outer east also reached a new peak in house rents and the southeast held at last quarter’s record.

Tenants are operating in a renters’ market closer to the city.

Inner Melbourne rents fell further over the June quarter: unit rents are now at 2010 levels, falling $120 a week from the peak of March 2020, although the depth of the fall has begun to ease.

The number of vacant rentals in the inner city continues to rapidly decline, suggesting more people are returning to the city, or tenants are moving to take advantage of lower rents, or some landlords have sold.

The adjustment in rents is now starting to impact neighbouring areas.

Domain report Brisbane’s competitive rental market has driven house rents to a new record high over the June quarter and held unit rents at a peak.

Tenants are operating in rental conditions that haven’t been experienced in more than a decade.

Tenants with leases expiring will need to brace for a jump in rent as landlords capitalise on the tight rental market.

House rents have increased for four consecutive quarters to $450 a week.

This is the strongest rate of annual rent growth in almost 14 years for houses and in almost a decade for units, up to $50 and $20 a week respectively.

It could be a financial squeeze for tenants and create a shift in the rental market to find a more affordable lease.

Challenging for tenants that have become accustomed to Brisbane’s stagnant rental growth, now firmly behind. 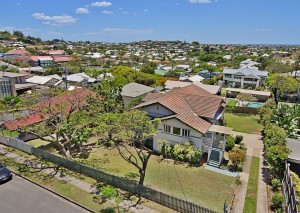 All regions across Greater Brisbane are at, or close to, record-high house and unit asking rents.

Investors have already started to look towards Queensland for better yields and growth prospects, as well as seeking lower entry prices and holding costs.

Increased interstate demand means the vacancy rate has dwindled to a multi-year low.

However, Brisbane has become a growing destination of choice for those moving from interstate.

The Gold and Sunshine Coasts remain firmly a landlords’ market, with no relief from rising rents as they push to new highs over the June quarter.

House rents are on par at $600 a week, recording the strongest rate of annual growth on record, up to $100 on the Sunshine Coast and $90 on the Gold Coast.

Landlords are clearly cashing in on improved household budgets and increased interstate demand to boost yields.

However, wages growth is unable to support ongoing increases in rent.

Domain report house rents nudged $5 higher over the June quarter to a new record of $430 a week and unit rents held at the peak reached last quarter at $350 a week.

This provides an opportunity for tenants to find themselves priced out of renting a house to secure a better deal for a unit, though it creates a challenge for tenants seeking more space on a budget. 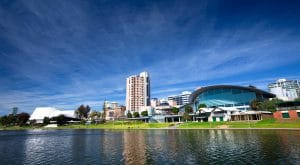 For the first time, house asking rents are the same in Adelaide and Melbourne.

Tenants are competing for the even less rental stock - Domain’s vacancy rate slid to a multi-year low in June.

Adelaide is the most competitive capital city rental market in Australia, on par with Hobart.

This could place some tenants in a vulnerable position given this is the first quarter to capture the ending of the rental moratorium in South Australia.

Rising rents have been widespread across central and hills, as well as Adelaide’s north, south, and west - all commanding record-high house and unit rents.

Tenants with expiring leases are likely to find landlords will use the competitive conditions to raise prices, creating a further shift as tenants adjust to the new market norm.

A turnaround in interstate migration is helping to bolster the demand for rentals, as Adelaide’s lifestyle, economic confidence, and the state’s well-handled approach to the pandemic draw new and returning residents.

Properties remain affordable in Adelaide, particularly to those moving from the east coast.

Domain report Canberra remains Australia’s most expensive capital city to rent a house or a unit.

This is the strongest pace of annual growth since 2007.

The record-high unit asking rent of $500 a week continued over the June quarter - an increase of $30 compared to the same time last year.

Stable unit rents and a sharp rise in house rents have pushed the price gap between renting a house and a unit to an all-time high.

This sharp rise in house rents is unsustainable against a backdrop of weak wages growth that is unable to support ongoing increases in rent.

Tenants no longer able to afford renting a house could be financially forced to opt for a unit, easing rental pressure on houses but shifting it to units.

Domain report Hobart house rents jumped $20 over the June quarter to another record high, at $495 a week.

Unit rents bucked the over national trend and declined $20 over the June quarter, reversing the growth seen earlier in the year, to $400 a week.

Over the past five years, house and unit rents have risen 41 per cent and 43 per cent respectively, surpassing all other capital cities.

During this time, there has been a significant lift in population growth, particularly from interstate.

The lifestyle and successful management of the pandemic are likely to keep Hobart in the spotlight.

Hobart is the most competitive capital city rental market in Australia, on par with Adelaide.

Tasmanian property investment activity has surged in recent months, which could help to alleviate conditions for tenants.

Domain report Darwin continues to post a sharp recovery in rents over the June quarter.

House rents have reached the highest level since mid-2015 after surging $43 over the quarter to $593 a week.

Darwin is now the second most expensive city to rent a house, behind Canberra.

This follows a 20.9 per cent annual leap in house rents, the steepest incline since 2013.

Unit rents have made an equally impressive recovery to reach the highest point since early-2016 at $450 a week. 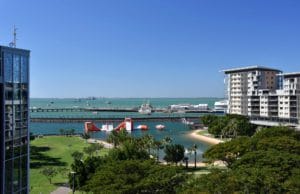 Tenants will find advertised asking rents are $20 higher over the June quarter, continued growth has provided the steepest rate of annual growth since 2009, at 18.4 per cent (or $70 a week).

Landlords could be enticed by units producing the strongest yield on record across all of the Australian capital cities.

This could suggest an element of temporary demand in Darwin’s housing market as new residents opt to lease.