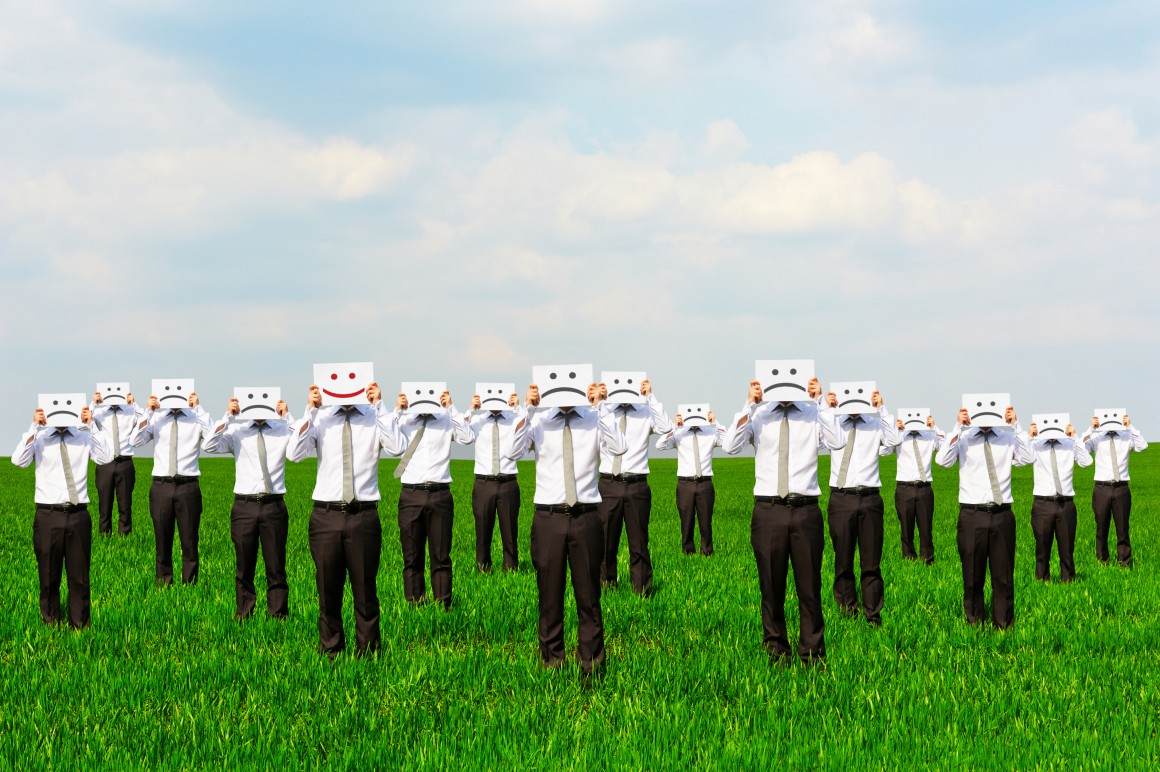 Here’s something the property pessimists have forgotten

There's no shortage of housing forecasts at present and many of them are a bit scary. 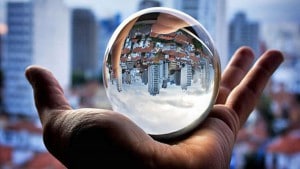 And there is one big driver — a veritable tsunami that the property pessimists have forgotten.

No it’s not our strong economic growth or jobs growth or even population growth — even though all these factors will underpin our property markets.

You see…it's not just the total number of people that drives housing demand, but we should be paying attention to the number of new households that are being formed that require new housing.

And currently household formation is surging at a time when building approvals have certainly peaked and housing construction, while still strong, is set to substantially decline.

Last year Pete Wargent explained that it's necessary to drill down a level to get the really interesting demographic stuff.

Digging into the 2016 Census figures Pete found that even though overall Australia is aging, there's been a noticeable lift in the number of people aged between 25 to 32.

This represents a boom in prime would-be or wannabe FHBs.

It's what Wargent calls a demographic tsunami, "a monster surge in housing market demand on its way in due course."

And his predictions of a year ago have come true with more first home buyer activity, particularly in Melbourne and Sydney than we have seen in a long time.

Here’s what Pete Wargent had to say:

Dicing up Australia's population pyramid by age it appears that there has been a fairly smooth increase of about 1.4 million in the 25 to 55 age cohort over the past decade - mostly the types of people that buy and sell housing.

Reaching over for my compound interest table tells me that is an increase of about 1.5 per cent per annum. 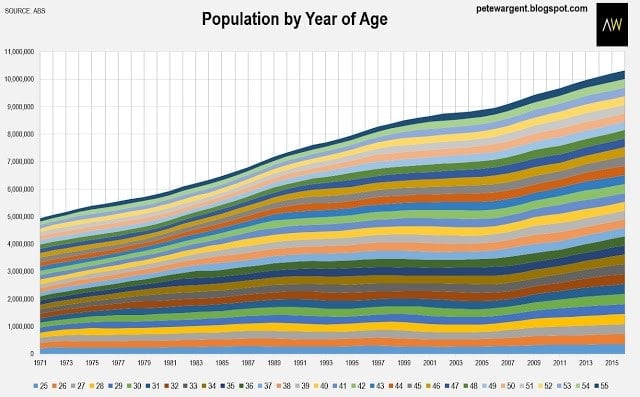 The devil is in the detail, though

The last decade was not a strong one for the housing market in demographic terms, but after adjusting for the new figures from the 2016 Census we can see that's about to change. 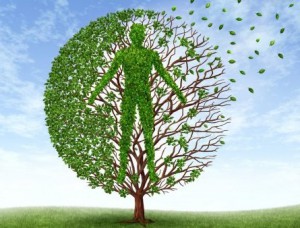 Australia's median age has continued to rise steadily from 23 at the time of the 1911 Census to 37 a century later, and up a notch further in 2016 to 38 it was confirmed yesterday.

Australia's migration and visa programmes have therefore become largely tilted towards the under 30s, and, more lately, to international students.

And to be clear it's immigration that's been driving the recent acceleration in population growth, not births.

Splitting out the Census figures by year of age thus reveals a significant demographic wave of the resident population about to move towards the typical homebuying age. 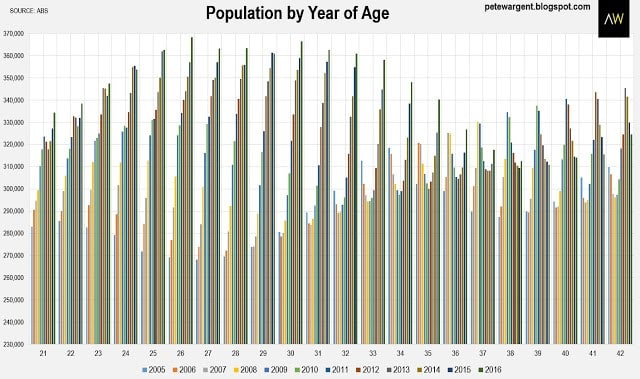 As noted, the devil is always in the detail, and you need to drill down a level to get the really interesting stuff.

For example, Sydney and especially Melbourne have a comparatively high share of their population pyramid sitting squarely in the 25 to 34 age brackets, but in Adelaide and regional South Australia the equivalent share is much lower, and so on. 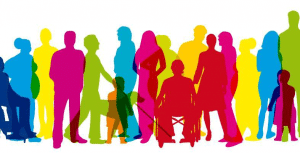 Even just rolling forward the demographic wave based on today's numbers it's clear that there is a monster surge in housing market demand on its way in due course.

Project forward the recent surge in immigration, and it's likely to be stronger still.

There’s no doubt we’re in the downturn phase of the property cycle, but this will come to an end quicker than the pessimists would suggest.

If Pete Wargent's demographic observation are correct, major parts of our capital city property markets are likely to be strongly supported by the surge in household formation.

The Property Spring will soon follow the Property Winter we are experiencing.