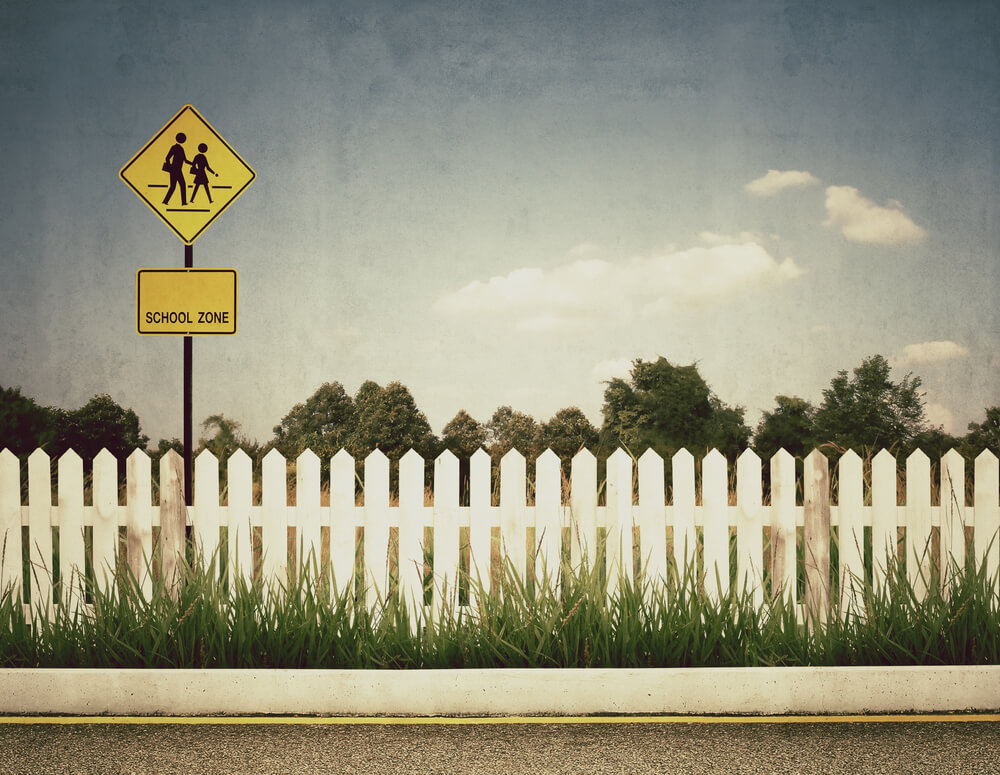 Here’s why you should consider buying in a school zone

If you've ever wondered why house prices can rise faster in desirable school zones, the latest ABS figures on births provided a few clues as to why.

In truth, some of this apparent increase was due to data processing lags, but even after accounting for this Greater Melbourne is seeing new arrivals trending higher, with registered births at a total of 65,148 in 2016. 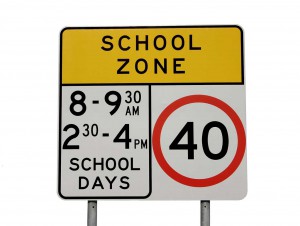 Certain LGAs in both inner and outer Melbourne are reporting extra-high growth in their student-age population.

After accounting for immigrant families bringing children into Australia, rising student enrolments are placing significant pressure on the primary school system in particular.

The Department of Education and Training figures for Victoria showed that the average class size is 22 for primary schools (and 21 for high schools), and there are already thousands more children in the lower year groups (~77,000 FTE students) than there are in year 6 (~72,000 FTE students), implying pressure at the entry level.

State government figures show student enrolments have continued to increase relentlessly over the past decade, following a baby boom that kicked off a little over a decade ago, with the pressure beginning to flow through to the secondary school system from 2018 forth. 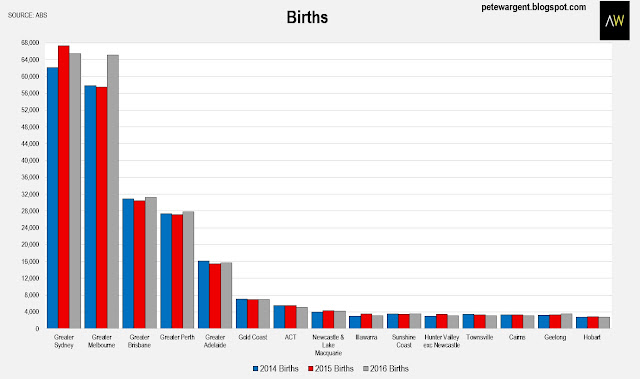 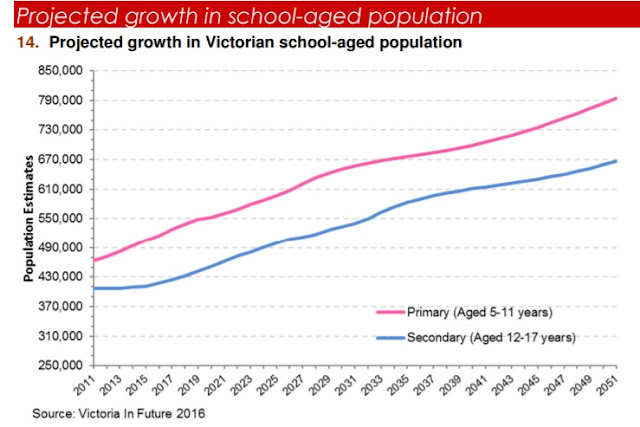 However, the Census revealed that population growth in Victoria had actually accelerated even further, so the projections may yet prove to be on the light side.

The data processing lags in New South Wales instead inflated the 2015 numbers accounting for the apparent decline from 100,079 to 96,083 last year.

Even the 1.95 per cent fertility rate down in Tasmania was well below the 2.1 babies per woman required to replace herself and her partner.

In the capital cities fertility rates were frequently seen to be higher in outer suburban locations.

Australia has a strong immigration programme, however, and the total number of births hit the highest annual figure on record at 311,404, with 77.4 per cent of those born to residents of New South Wales, Victoria, and Queensland.

Australia has seen a very large increase in its immigrant population, especially from China and India in recent years.

In aggregate, the Indian migrants are having considerably more babies. 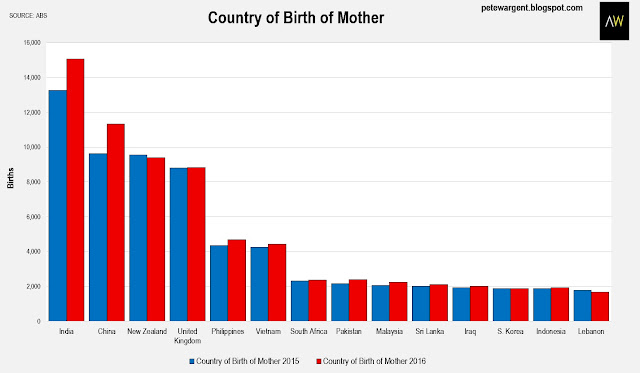 Finally, the most common birth date in Australia is September 2017, so remember to behave responsibly over the festive period!