Foreign ownership of housing – how do Australia and New Zealand compare?

Concerns about foreign investors driving up housing prices have been growing - Australia was first to bar foreign purchases of existing residential property, but New Zealand is set to go further, writes...

Foreign national ownership of property is a growing concern for many countries, including New Zealand and Australia.

From 2018, New Zealand is banning foreign ownership of residential property in an attempt to curb housing inflation and high vacancy rates.

What’s going on in New Zealand? 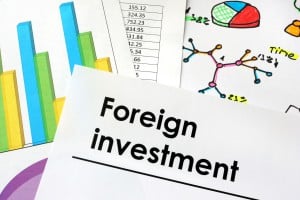 As a consequence, New Zealanders are increasingly concerned that people on low and medium incomes are being locked out of the property market.

Home ownership in New Zealand has reached its lowest level in 65 years – only a quarter of adults under 40 years own their own home compared to half in 1991.

Immigration to New Zealand grew by 19% in the last financial year.

Jancinda Ardern’s new Labour government went to the election with a comprehensive housing platform that included a crackdown on speculative investors.

Labour stated that 2015 tax changes applying to investor earnings were not having the desired effect of limiting price growth.

How does Australia compare?

When it comes to housing, New Zealand is both leading the way while behind Australia in other areas of housing policy.

Australia’s Foreign Investment Review Board (FIRB) already applies a ban on foreign ownership for existing (as opposed to new) housing.

Like Australia, the New Zealand legislation will continue to allow permanent residents to buy existing homes.

However, there are some significant differences.

Australian still allows some foreign trusts and corporations to buy existing homes where staff need to be accommodated.

Many in Australia consider that temporary residents such as students and those here for work should not be allowed to buy existing residential properties.

The FIRB allows this.

The proposed New Zealand legislation, in its current form, does not.

However, there is little evidence that such measures have successfully slowed price inflation in Australia.

Increases in stamp duty rates for some foreign residential purchases are at odds with the FIRB’s long-standing need to encourage investment to offset foreign trade deficits.

In the 2015/16 year, for example, approvals for foreign investment in real estate totaled A$72.4 billion.

However, the New South Wales and Victorian governments both increased stamp duty surcharges for foreign investors in residential real estate to make it less attractive to them.

The difference here between the two countries is that in Australia the surcharge is being levied as a state initiative rather than a federal one.

Not all states apply a surcharge to foreign investments in real estate.

For this reason, the impact is less likely to antagonise Australia’s major trading partners and investors such as China.

The New Zealand surcharges will be applied nationally.

Therefore, the surcharge may be viewed as a protectionist measure.

Protectionism and the Productivity Commission

Concern is growing that a global increase in protectionism (favoured by the Trump administration) could lead to a worldwide recession and lower living standards, including in Australia.

However, although foreign ownership restrictions could hurt New Zealand’s reputation as an open economy, they are unlikely to do so.

This is because 58.5% of the funds coming into New Zealand are from Australia, the United Kingdom and the United States.

These are also the countries that New Zealand most heavily invests in.

Where the surcharge remains reasonable, it is unlikely to impact upon investment or be seen as a protectionist measure.

New Zealand has been much slower than Australia to introduce rules on residential property ownership.

Its proposed legislation closely mirrors Australia’s legislation in regard to who may buy existing homes.

These measures have not significantly slowed housing price rises in Australia.

However, New Zealand also plans to limit residential ownership of property by temporary residents and apply a surcharge nationally.

These additional measures may have greater effect on limiting housing price rises than Australia’s restrictions have had so far.