One of the skills of being a good negotiator is knowing when not to talk but to listen.

I have found that many inexperienced negotiators are too eager to show off just what they know. 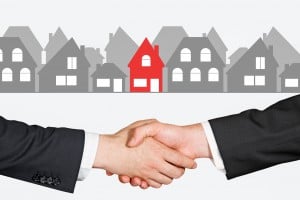 This can work against them as they often reveal too much too soon, in particular about what they are willing to give up to get the deal.

A good negotiator recognizes that they must let go of their ego satisfying position of “know it all” and instead assume the profit-making position of innocence.

They realise that you can gain a lot from being silent and listening and at times using facial expressions, not your voice, to make a point.

Here are five tips on how perfecting the art of silence can make you a better negotiator:

Listening is not passive.

You can control the negotiation process by simply listening well.

When you listen well, you can gain the trust and confidence of others and build rapport.

This makes the next stages of negotiation easier as people like dealing with people they fell comfortable with.

When people are encouraged to talk, they tell us their needs, their wants, their desires.

In short, they give us information.

When we truly listen to people, we make them feel important, particularly if we are making good eye contact while listening.

The problem is that most of us don’t truly listen when others talk.

Chances are we are just marking time until we can jump in and start talking again.

As a negotiator you should be aware that every time you talk, you are potentially open yourself up to being vulnerable.

2. The 10 seconds of silence strategy

Silence makes most of us feel uncomfortable.

In today’s world we are conditioned to noise, not being silent.

Next time you are negotiating try this little trick….

When the other party says something like “well, that’s my offer” don’t say a word for ten seconds.

To inexperienced negotiators, ten seconds will seem like an eternity.

It’s practically guaranteed they will jump in with another offer or more information, anything to break the silence.

One of the secret weapons of good negotiators is to ask questions – and then remain silent.

The person asking the questions controls the conversation. 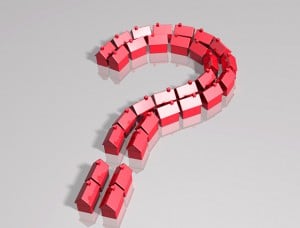 And you’re not always asking just to find out information, because if you have done your homework before commencing the negotiation, you should already know the answers.

You’ve probably read that lawyers are taught to never ask a question without already knowing the answer.

What you are really doing is getting the other person to talk, perhaps to verify your information, but really to feel more comfortable working with you, and to build rapport.

O.K. let’s put the shoe on the other foot – when you are asked a question as part of a negotiation, there is no rule that says you have to answer.

What usually happens is that the questioner will start talking again.

Another trick is to throw the question back by saying something like “before I answer that, please tell me why you asked that question.”

A good trick is to learn to pause for a second or two between sentences – especially if you are a fast talker.

It helps the other party take in what you’ve just said and analyze it.

5. The flinch, the shrug, the smile

It is well recognised that a large part of communication is nonverbal.

Often what you do is more important than what you say.

Let’s look at three actions that carry a powerful message, as you remain totally silent!

Why not try the flinch.

This is a quick, jerky movement of your shoulders while you have a suffering pained look on your face.

It will send the message that you didn’t like what you just heard.

Then remain silent and wait for the other party to speak. 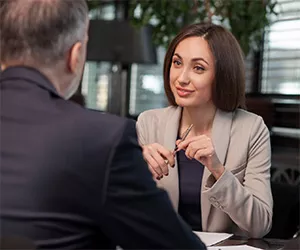 And they usually will, trying to break the silence and hopefully sweetening the deal.

Or you could try the shrug.

Shrugging your shoulders sends the message that you just don’t care.

Then, once again remain silent.

And of course, there is the smile.

A silent smile is enigmatic leaving the other party trying to guess what you are thinking.

And of course, don’t be the first person who speaks.

Nature gave us two eyes, two ears but only one mouth.

During negotiations use them in the right proportions.

Power negotiators know that what you don’t say is sometimes more powerful than what you do say.

'Five tips to make you a better negotiator' have 2 comments