The term “trial and success” isn’t something that people talk about.

Usually we hear of people’s successes, only after they’ve been through the course of life’s trials and tribulations, and made some errors along the way. 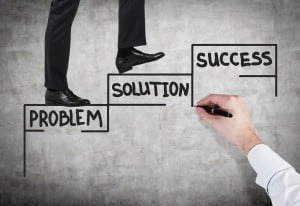 Whether we’re talking about the field of investing, or a totally unrelated pursuit, successful people have often emerged victorious, only after being through the wringer.

Scratch the surface of any leader, and you’ll often find battle scars and wounds from the physical to the emotional, which only seemed to urge them onto greatness.

Facing health issues, the pain of retrenchment, or a spouse that didn’t believe in them – many great investors have faced the unthinkable and soldiered on.

The global financial crisis rattled many people a few years ago.

People’s beliefs about the basics in life were been shaken.

The formula laid out by our parents where if you work hard, and you’re conscientious then you’ll do well in life, just isn’t accurate any more.

However, it is my belief that the current economic conditions will produce more exceptional investors than any other time within the last decade because these investors will use their life situations as mental ammunition. 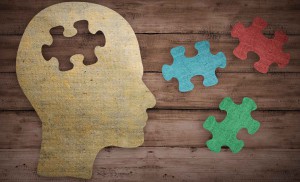 In fact, researchers have found that the more wildly wrong our predictions are about the markets, the more quickly we learn.

As Bruce Kovner states in the terrific book ‘Market Wizards’:

Is Your I.Q. Set in Stone or Sand?

Interestingly, studies have confirmed that people have two beliefs about how intelligence works.

Some believe it is “fixed” and others believe it is more “malleable” and can alter over the course of time, depending on your life experiences.

Students who believe that intelligence is fixed, are less resilient.

If you truly don’t believe you can learn from your mistakes, you’re hardly going to welcome the experience of failure as it seems that it serves no purpose.

However, when students are taught that the brain grows when they work hard and make errors, they show a spike in their grades and actually enjoy school more.

Because they’re less afraid of failure, they succeed more. 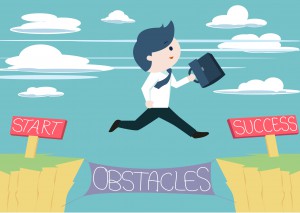 The markets have provided ample opportunity for an investor to feel like a failure and go on a downward slide in attitude.

Unless he/she picks themselves up from the pit and casts their gaze towards the future, they’re likely to miss taking the next signal – which of course, could be devastating in terms of opportunity cost.

Now is the time to be vigilant and not to let your past failures get in the way of seeing what’s in front of your nose in terms of the markets.

Failing with flair boils down to three aspects.

It involves controlling our emotions, adjusting our thinking, and re-evaluating our beliefs about ourselves.

According to Yale psychologist Susan Nolen-Hoeksema, the real difference between people who manage to snatch victory from the jaws of defeat, compared to those who slip into a self-defeating abyss, involves one key factor. 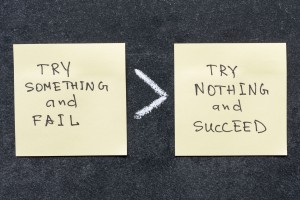 People who ultimately succeed nip “rumination” in the bud. Rather than continuing to be so self-involved with morbid, spiralling self-talk, they will stop and look back, review what has happened and turn the corner focusing on what they can learn from the lesson.

They force themselves to move on and set a goal for the future.

This is essential advice for all investors who have faced a drawdown over the past 18 months.

So if you’re feeling like a failure, I have an insight for you.

“Everyone thinks they’re a failure. The only people who don’t are the ones who really are.”

Next time you take a hit in the markets, refuse to dwell on it, and just realise you’re one step closer to your next success. Learn from the experience and move on.

'Fail Your Way to Success' have no comments